On Monday, January 13, 2014 at approximately 5:30 p.m. an unidentified male, approximately 40 years of age walked into the unlocked girl’s locker room at South San Francisco High School without any clothing and exposed himself to at least            5 female students  who were changing after Cheerleader practice.  The suspect was described as a white male, approximately 40 years old, 5′-9″ to 5′-10″ tall, balding with short dark brown hair.  The suspect was described as having an average build but with a potbelly.  The suspect entered the locker room, made eye contact with the female students and exited the room without saying anything.  The suspect left the area and has not been identified at this time.  Anyone having information regarding this investigation is requested to contact Officer Gablin at the South San Francisco Police Department (650) 877-8900 or call the anonymous tip line at 650-952-2244. 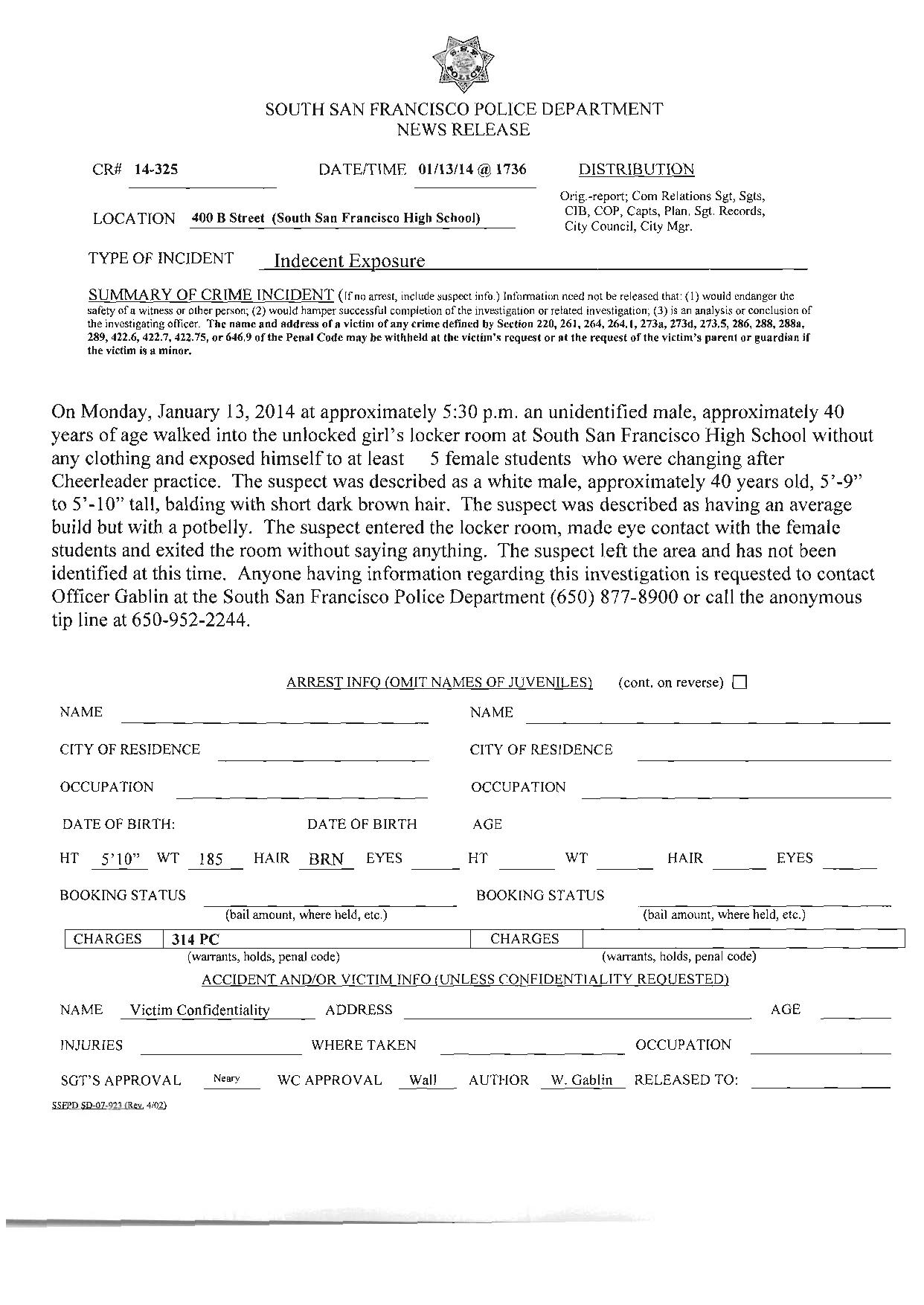 ← South City’s John Cain hits back against Seahawks ticket sales snub
Is it time to install cameras in our schools? →

1 comment for “SSFPD Media Release: Naked Man at SSFHS not caught – YET”