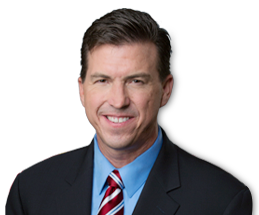 Assemblymember Kevin Mullin is to be applauded for his constant outreach to his constituents since he has taken office in 2012 after leaving our own City Council.  In his current message he is asking for feedback on what you think are priorities in Sacramento and he lists several of his own. The top concern of course is a balanced budget for the 2014/ 2015 year which comes up in mid-June.  While acknowledging there are over 2000 bills before legislature he cites following Governor Brown’s lead in reducing the deficit while addressing our need for a rainy day fund.

He also voices concern over the $71-$80 Billion in unfunded Ca State Teacher’s Retirement System over the next 30 years and agrees we need to modernize our current outdated tax code.  As always a champion for continued development, Mullin  addresses the need to reconsider redevelopment tools to be used by local city governments. Governor Brown eliminated the 400 RDA (Redevelopment Agencies) in California in 2011 which has caused alarm for many cities, ours included. Our own agency oversees over 1200 acres here in South San Francisco and how these areas are developed. Our areas include Grand Avenue and the downtown area, the El Camino ‘Corridor’, Gateway east of hwy 101, and Shearwater off of Oyster Point & Hwy 101. The El Camino Real is a long term, long distance project under the Grand Boulevard Initiative to unite ECR from Daly City to San Jose. ‘The Grand Boulevard Initiative is a regional collaboration dedicated to the revitalization of the El Camino Real corridor, as it runs through San Mateo and Santa Clara Counties in the California Bay Area.’

Mullin is asking that neighbors please contact him and let him know what your priorities are for this upcoming year as he represents our needs in Sacramento. He can be reached at Assemblymember.Mullin@Assembly.ca.gov or by phone at 650/349.2200. You can follow Mullin on Facebook HERE and on Twitter at @kevinmullin. To watch his latest video click HERE.  It is important that we share our opinions and not be dismayed at the end of the day when we see decisions made that may not reflect our own priorities. As they say, ‘speak now or forever hold your peace’!

Below is an easy to understand description of the purpose of the Redevelopment Agency.  Because it is a big player in our financial world it is good to have a basic understanding of this agency and how it interacts with our cities.  And below that is information from our own City website regarding our own RDA & Successor Agency.  The next SSF Successor Agency meeting is set for today Tuesday 2/18 at 2pm and all meetings are held on the 3rd Tuesday of the month at City Hall conference room.

History of Redevelopment in California

In 1945, the California Legislature enacted the Community Redevelopment Act to assist local governments in eliminating blight through development, reconstruction, and rehabilitation of residential, commercial, industrial, and retail districts.  The Act gave cities and counties the authority to establish redevelopment agencies (RDAs or agencies).

The CRL also established the authority for tax increment financing (TIF), which is a public financing method to subsidize redevelopment, infrastructure, and other community-improvement projects.  TIF uses future increases in property taxes to subsidize current improvements, which are projected to create the conditions for the increases.  For example, the completion of a public project might result in an increase in the value of surrounding real estate, which generates additional tax revenue.  Redevelopment agencies are required to pass through a portion of their tax increments to the local taxing agencies within their project areas.

In 1976, the California Legislature required that at least 20% of the tax increment revenue from redevelopment project areas be used to increase, improve, and preserve the supply of housing for very low, low, and moderate income households.

In 1993, the California Legislature enacted AB 1290, known as the “Community Redevelopment Law Reform Act of 1993,” which revised the CRL to address alleged abuses, and added restrictions on redevelopment activities, including limiting them predominately to urban areas.

The RDA’s powers described in the CRL include:

An RDA must account for its activities to both the State and its governing body.   Each RDA is required to submit an annual financial and compliance audit to its governing body and to the State Controller’s Office (SCO).  Pursuant to Health and Safety Code Section 33080.1(a), the audit is to be conducted “in accordance with generally accepted auditing standards, and the rules governing audit reports promulgated by the California State Board of Accountancy.  The audit report shall also include an opinion on the agency’s compliance with laws, regulations, and administrative requirements governing activities of the agency.”

In order to meet this requirement, the SCO requires RDAs to prepare their financial statements on a component unit basis, detailing all funds of each project area in combined statements. The component unit statement presents the agency’s activities without combining them with other unrelated city or county activities.