Many of our neighbors continue to fight the flu and say this latest strain is a nasty one.  Some are reporting symptoms lasting up to 10 days  with a slow recovery and a quick relapse. We once again encourage everyone to take precautions. Wash hands with soap frequently especially after being in the public, sneeze into your elbow and refrain from going out when you are sick.

San Mateo County has released the current report which shows influenza cases are decreasing per the cases that they have tested; Week ending 2/8/14 San Mateo County reported decreasing numbers of positive influenza tests which numbered 16. There were a total of 37 confirmed cases in the past 2 weeks.  There have been 6 deaths that were confirmed to be flu related in San Mateo County this season. In addition there have been 20 ICU hospitalizations for flu victims. The H1N1 ‘Swine Flu’ has been mainly responsible for the deaths here in San Mateo County, 5 of the 6. This flu has hit those relatively young and healthy.  During the ‘Swine Flu Epidemic’ of 2009/2010 there were a reported 150,000 deaths world wide.

San Mateo County can only report from numbers they gather from the medical community and we know many that have been sick did not seek medical attention.

Here is the San Mateo County Flu update which includes numbers for California as well. 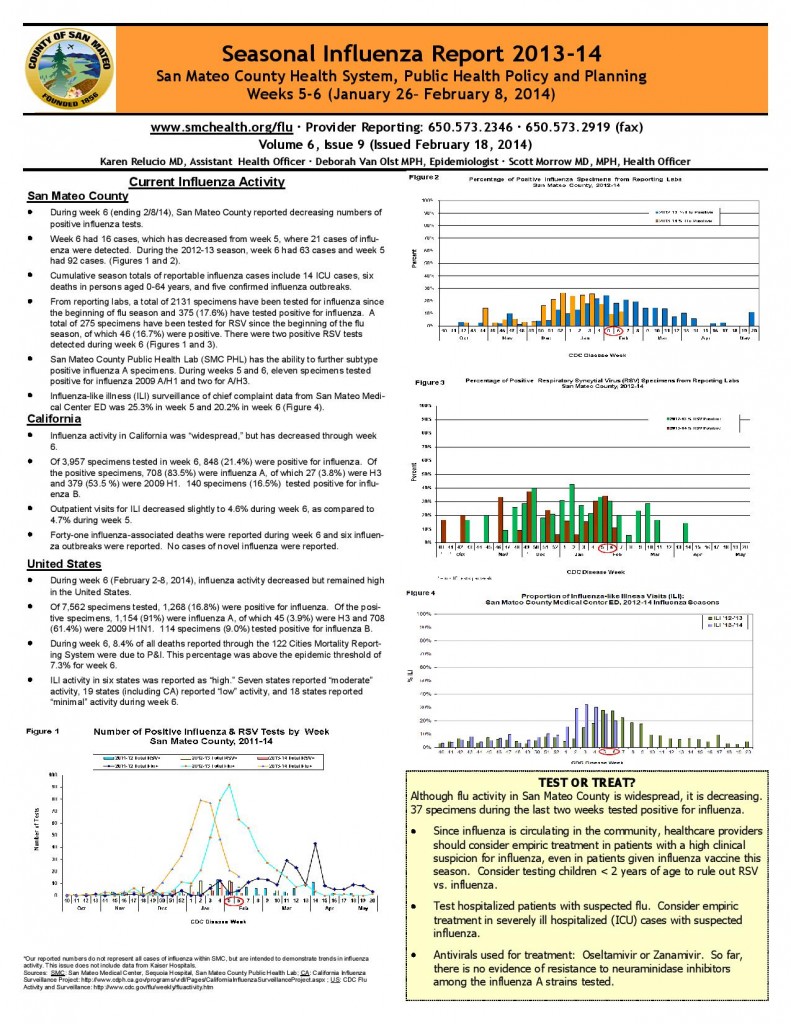