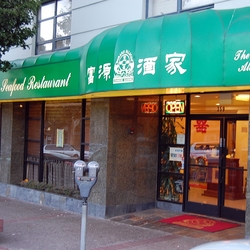 The Miller Ave Parking structure was built to help local businesses such as Grand Palace Restaurant. While they can accommodate 200 people, local parking could not.

Your thoughts? Would you like to see free parking on Grand Avenue and in our Downtown area? Have you ever gotten a ticket for being a few minutes late? That is the thought Michelle Milam-Alexis posted on our Facebook page. Here is the part of that conversation that intrigued over 100 of our neighbors on FB – it is missing your comments so please share your opinion!
Question/Complaint: Why doesn’t South City have free (1 hr/2 hr) parking downtown like San Bruno does!? I would love to frequent those small local businesses but hate having to worry about whether or not I have enough change! I actually had change today but had to watch helplessly from down the street as a meter maid gave me a ticket! My meter had just expired but I had gotten stuck at a light & didn’t make it back. So dumb to have to pay $38 because I was 2 mins late!!! & it just makes me not want to bother with Grand Ave at all. 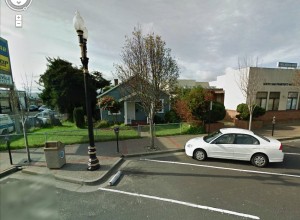 Residences located in the downtown ‘parking district’ must pay for permits to park in front of their homes.

Melanie Kreitz I used to live down the street on Maple, and there was NEVER any parking in front of my apt. because people going to Grand or worked on Grand always parked there. I heard they were going to get rid of all street parking at some point and have extended sidewalks to have outdoor seating or something. But that’s obviously a long way down the line…

Patti Rodriguez I hear you…..most frustrating and makes me angry……

Keri Stark it used to be 2 hour meters, now they changed it to 1 hour to be able to give more tickets.

Doris C. Garcia Yea I remember getting a ticket and I was literally 2 mins late. It’s BS & exactly why I rarely shop in downtown So. City. There are way better places to shop so why risk getting a ticket when I can go elsewhere.

Noel Hayes I think they should charge more money to park, so that maybe there will be a spot there sometimes.. Too many people parked there for hours…

Nick Delorio I was done with Grand Avenue when they let all the dope fiends and crack heads pretty much take over… it’s sad.

Raquel Quarneri Lol! Stop whining! Just put enough quarters in the machine. And face it nothing’s getting any cheaper.

Jason Yee Shoot who spends longer than a hour or two on Grand, not much to do there at all other than do a little grocery shopping or eating

Joel Roman Especially when they built a multimillion parking structure that 90% of the time is empty.

Rose Chang Chiu I guess it depends on whether it’s 1 or 2 hours parking. We did receive a parking ticket there about 1 1/2 years ago on my husband’s birthday. We went to a restaurant there, put in 1 hour worth of time (mostly likely because that was the limit), went to the restaurant that was busy but in the end provided poor and slow service, and by the time we realized the hour was up, he went to put more money/move the car to another space, but already got the ticket. The limit has to be 2 or more hours because you can’t sit down for a nice meal or get a mani/pedi within 1 hour without worrying/rushing. It’s different if you are getting food to go or running an errand. I don’t know where the structure is; I’d prefer to park in front of the place I’m patronizing. 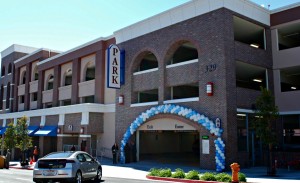 Monies collected in the parking district over for over 30 years were added to the general fund which required the Redevelopment Agency to fund this project.

Andrea Carey Villa I called the City of SSF and was told the reason they built the parking garage on Miller Ave was for people who are going to be longer than 1 hour. The few time that I am on Grand Ave I never think to park in the garage. But if I was going to be there longer I would park there because it’s better than receiving a ticket. I got a ticket on Grand Ave before just as I was walking to my car. I called out to the meter man that I was leaving but he said it was too late.

Sean Byrd They charge to park to force turnover……it sounds strange but if parking was free there would actually be fewer spots available.

Amanda Parker-Govea  Most cities give you a 15 minute grace period, but not South City. Also I’d like to file a complaint (to ESC)  about people telling other people to “quit whining,” it’s rude. We are just sparking neighborly talk and most of us agree. Why does someone have to be whining when they politely complain?

Ben Cheah Rules are rules, when the meter maid walks by they have no way of knowing how far gone you are. I support limited parking; free parking is just a weird dream in a metropolitan area. If you’d like to have free parking like San Bruno, good news! Free parking already exists in San Bruno! Too bad there’s always parking, which means there’s not much going on there. When I go to downtown SF, I understand I’m going to feed the meter up to $6/hr in quarters, but nobody forces me to go so I pay it. High parking rates and rules like 1hr parking are indications that your area is doing well. I prefer it to having a dead downtown area like St. Louis, where parking is $6 all day.

Janel M Chrestenson Pearson I drive around the blocks 3 times max. If I can’t park anywhere, I leave the area and they don’t get my business.

1 comment for “Parking Meters; Good or Bad? Neighbors weigh in”