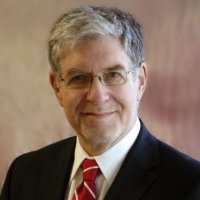 I work in California and I was just fired from my job; what are my rights?

California is an “at will employment” state. That means for the same reason you have the right to quit your job at any time for any reason (we fought the Civil War for that right), your employer has the right to terminate your employment at any time for any reason. Sounds very harsh and unfair, doesn’t it? It probably is. But there are three major exceptions to the “at will” employment rule which may give rights to individuals such as yourself.

The first exception to the at will employment rule is if there is a valid contract between the employer and employee that prohibits the end of your employment. There are two types of contracts which apply.

Express Contract The first type is an “express contract,” which is almost always in writing, between the employer and employee. This can be an individual contract, such as an employment offer letter or agreement, or a union contract, which covers an organized larger group of people. An express contract can be oral (i.e., unwritten) but – as you can imagine – oral contracts are difficult to prove. You probably know whether you have such an express contract. If it has been breached (i.e., violated or broken) by your employer, you may have a right to sue your employer for damages or other relief, depending upon what the contract says. Your lawyer will have to see the actual language of the specific contract to be able to give you advice on your rights.

Implied Contract The second type of contract is an “implied contract.” Unlike an express contract this type of contract is, by definition, unwritten and implied by the factual circumstances. An implied contract arises when the employee has been employed by the employer for a sufficiently long period of time that there becomes implied into the employment relationship an agreement (contract) that the employee cannot be terminated except for good cause, such a dishonesty, substantially poor performance, unpermitted absence, insubordination or the abandonment of your job. It is difficult to prove the establishment of an implied contract unless you have been employed for a substantial period of time, perhaps 7 or 8 years or more.

In any event, if you have lost your job and wish to know your rights, you should contact a lawyer as soon as possible. Many laws have strict deadlines by which you must take action, so the passage of time is not your friend. Of course, it is impossible to give advice about any particular person’s situation or rights without knowing the underlying facts of your specific matter.

Many times ESC receives emails from local folks who are concerned with their employment, some asking about overtime demands, unpaid training time, and what rights they may have when their employment is terminated. Stephen Jaffe has proven to be a local attorney who works with high integrity for employee rights. Should you ever find yourself in a situation where advise is needed, Jaffe is a good reference to keep with any contacts you may use.