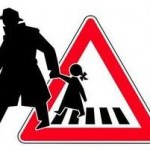 One of our neighbors notified us of this alarming news that a strange man attempted to convince a 2 year old child to leave a South San Francisco Costco store with him. The report continues that the man was described as Asian between 40 to 50 years old, 5 foot 7 inches with a medium build, dark collar length hair that was thinning at the top. He also had a mustache.

The incident occurred last Saturday November 9th around 2:20pm and was caught on Costco’s surveillance video. The child was near the pharmacy area as the stranger patted her on the head and motioned asking her to follow him. When the suspect saw the child’s mother he immediately left the area, and the store without any purchases.

Although South San Francisco Police Department have increased their public outreach via media releases this incident was not made known through the regular channels nor is it posted on the City internet. Therefore we are unable to site a proper source.  We received it as a small cut out from an unknown paper dated Thursday November 13, 2014 on page 6.  We have contacted PD to obtain follow up information including which Costco location in South San Francisco.