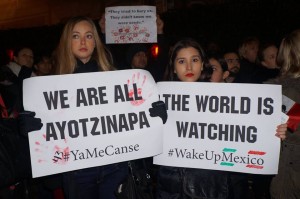 Community members are invited to walk in ‘Solidarity with Ayotzinapa’ on February 15th starting at 1pm from the corner of Miller and Spruce in South San Francisco. The procession will end up at Orange Memorial Park says Claudia Neri as she shares the flyers below.

On September 26, 2014 there was a sudden and massive disappearance of 43 students from the Ayotzinapa Normal School near Tuxtla, Guerrero in Mexico. The students are said to have commandeered buses to take them to a conference organized by the Mayor’s wife, where they intended to protest the lack of educational reforms. Forty-three of the students were apprehended and turned over to criminal gang ‘Guerreros Unidos’ (United Warriors) and murdered.

There have been walks honoring these students world wide.  “This is a tragic story that must be communicated to everyone.”  Viviana Marrone writes on our facebook page “Forty-three young people, the future of their communities, ruthlessly and brutally cut down as their adult lives were about to begin.”  #Ayotzinapa 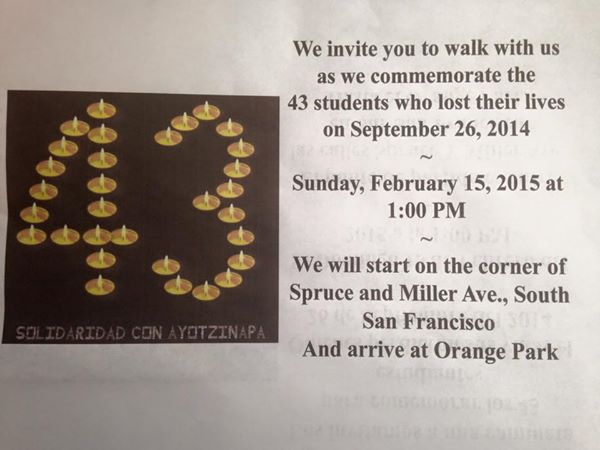