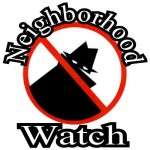 Late evening on Friday April 3, 2015 many South San Francisco neighbors logged onto Everything South City Facebook page to ask in real time what was happening in the area near Miller Avenue. Many of the neighbors reported police activity which included a foot search and multiple police cars in the area and moving up towards Skyline. Jose Gonzales asked ‘Is anyone else hearing and seeing SSFPD zoom by near Grand and Orange?” Lila Ana responded she had seen at least 7 cars heading towards Highway 101. Multiple neighbors also sent us private messages and emails.

This morning Bianca Coleman checked in “Anybody know anything about the police activity on the 500 block of Miller Ave. last night? Looks like they might have been chasing someone on foot.” Jeff Croci was also seeking answers “Was there a chase by police last night? I thought I heard a car flying down Miller Ave, and then right after two police cars flew by and I could see the flying up the hill towards Skyline it looked like moments later. Anyone know what’s up? This was about 11 pm”

We also encourage neighbors to check on www.Firedispatch.com when they hear or see the fire department which had shown there had been an accident at Miller and Spruce at 11:30pm.  However, there was more to this situation than what Firedispatch had shown.

South San Francisco Sgt Ken Chetcuti provided us with this information ‘While Officers were attempting a traffic stop on Linden Avenue the driver continued on resulting in their vehicle crashing at Spruce and Miller. The driver fled the vehicle and officers engaged in a foot pursuit. *The suspects were subsequently identified through a police investigation and the investigation led the officers to the Westborough area where the subjects were ultimately located and arrested.The driver and his passenger were located in the Westborough area and were taken into custody.”

Thank you to those neighbors who look out for each other and work to share information in real time. Please remember if you should see police activity in your neighborhood to remain in doors. If you are traveling in the area, do not stop rather, continue moving out of the area. If you see something suspicious always call 911 and if you have any tips to share anonymously you can contact SSFPD via the anonymous tip line at 650/952.2244

1 comment for “Neighbors check in on night time police activity”