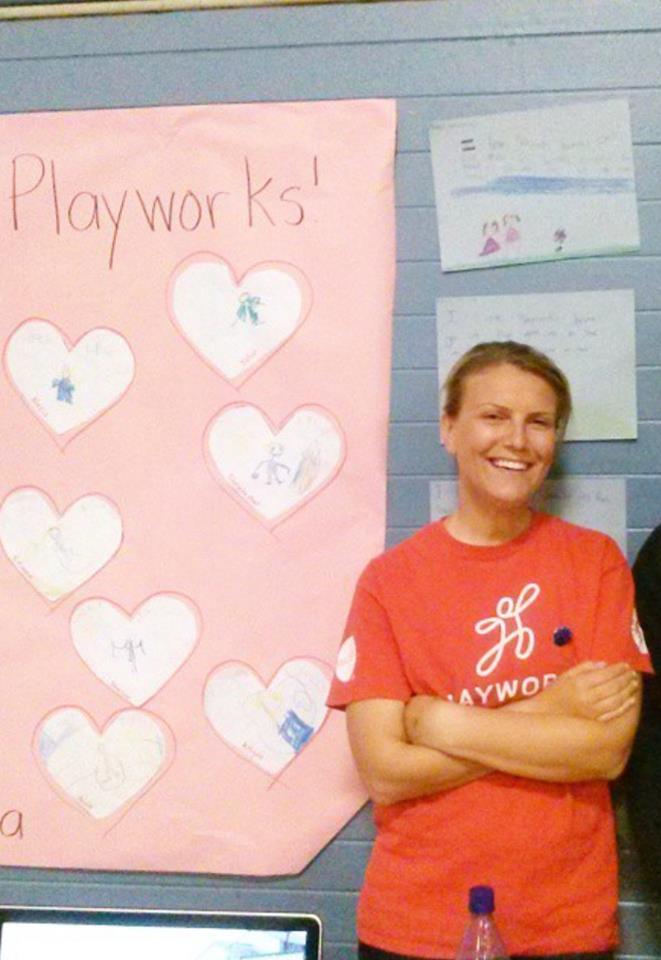 Today was the last day of school and, as I look back on the school year, I am so very proud of Lisa Hickey. She is a PlayWorks Coach at Spruce Elementary School in South San Francisco.

PlayWorks is non-profit that works in conjunction with Americorps. Throughout the year she worked with every classroom to instruct P.E. via her “Class Game Times”. She also played games (like PacMan tag) with the children during recess (nearly 700 students!). By doing this she showed the children how to build healthy relationships and interact in a structured manner while having fun. She also lead a group of students to assist her as Junior Coaches.

She was able to be a positive role model and instill confidence in them. She had such a lasting impact on Spruce and this made me filled with joy because I went to Spruce as a child. I wish we had a program like PlayWorks and a loving, warm human being like Lisa when I was there. I am sure that her work this past year will be felt in our community through the values and games the children of Spruce have learned. Check out the link!

It is an article that Lisa was just featured in (the photo and name of the child was altered for privacy). If you like what you read then donate to the cause. Spruce is always fundraising to ensure the PlayWorks is here to stay.

Donations can be made on this link CLICK HERE for San Francisco which includes Spruce Elementary. 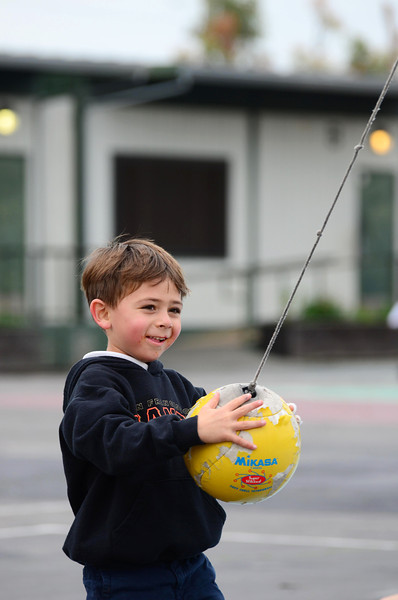 Jonathan, a quiet and shy 4th grader, never played at recess. Through the gentle persistence of Coach Lisa, Jonathan eventually broke out of his shell and now plays four-square everyday!

When I first arrived at my school site, I focused on what recess games were being played and who the kids were playing them. Shortly after I had settled in, I redirected my focus on the kids who were not playing during their recess time. One boy in particular stood out to me. His name is Jonathan, and he is in the fourth grade. Every day at recess Jonathan sat behind a tall tree at the very corner of the playground. Jonathan did not appear to have any friends, he was extremely shy, and he always looked very unhappy.

I made it a point to always go over and talk to Jonathan at each recess. I asked him each day, “Do you want to come join in on one of the games with me?” Jonathan’s response was always no. I soon learned I needed to take smaller steps with him. A few times I simply just asked him to come take a walk with me around the playground. Again, he would always respond with, “No thanks.” Many times I was discouraged and felt as if I was bothering him. One day to my surprise Jonathan reluctantly said yes, that he would come take a walk with me. I was ecstatic! For the next week or so, Jonathan and I would take a walk around the playground for a few minutes each recess.

Although Jonathan had made some improvement, he had made it clear that he was not willing to start playing. So again, I tried to take baby steps with him. “What about if we watch a game being played, Jonathan? If you could choose to watch any game right now, what would you choose?” I asked him. He took his time thinking and then responded with, “Four-sqaure.” For the next week, Jonathan would watch other kids play four-square at each recess. I would always encourage him to join in, but he was adamant about just wanting to watch.

Then one day, Jonathan came up to me and said he was going to play four-square and asked if I could play too. Jonathan played his first of many four-sqaure games that day.

For about a month now, Jonathan plays four-sqaure every single recess. In the past month, I have seen a complete turnaround in him. Jonathan now has friends. He has more confidence and is less shy. He smiles now. Most importantly, he is playing and having fun at recess. Since I have gotten to know Jonathan more, I have learned about the very harsh circumstances that he is going through outside of school. I am glad I was able to push Jonathan out of his comfort zone at recess. Knowing that he is able to play and just be a kid at recess makes me so happy. It is only November and I know Jonathan has many more accomplishments coming his way this school year.