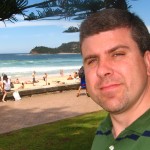 The South San Francisco Unified School District Board of Trustees has appointed John Baker to fill a vacant Board seat on a provisional basis.

Mr. Baker can seek election to the position this coming November. The seat, which became open due to the departure of former Board member Maurice Goodman who was elected to the San Mateo County Community College District Board of Trustees this past November, will have a full four-year term available at that time.

A second available South San Francisco seat, which became vacant due to the death of Trustee Rick Ochsenhirt last month, was not filled at the Board meeting Jan. 14. That seat also will be up for election in November; Mr. Ochsenhirt’s former post will have two years left on its term.

The Board has been operating with just three members; Mr. Baker is expected to be sworn in no later than Feb. 11. The vote to appoint him was 3-0.

The Trustees could not reach consensus on a second appointment, however. They agreed to re-open applications in the hope of securing additional candidates for consideration, with an appointment to be made perhaps later this month.

In all, eight individuals originally applied for the available Board seats. Candidate interviews were held Jan. 11 at the District Office.

Eight Candidates for School Board Seats Have Applied | Everything South City

[…] UPDATE: John C Baker was appointed to the SSFUSD Board of Trustees More info CLICK HERE […]