The recent storm brought much needed rain, and we do need more. Yet as with most storms there was been some damage, especially flooding once again in the Francisco Terrace neighborhood. The West Winston Manor neighborhood also sustained some damage from large trees down as Cindy Marcopulos explains;

“Two trees at the end of Sutton came down with the heavy rains last night. This is Crown Colony property and they had checked the trees and said they were fine.

In the recent past, we had contacted the cemetery owner behind Sutton, and also the cities of Daly City and South City to check the trees. Both cities keep saying they’re “safe”, but the Tung Sen Cemetery widened the road behind our homes, which was not their property, Tung Sen is landlocked and uses the Loo Family’s road (the Loo Family owns the cemetery that is directly behind Sutton, a family plot).

Tung Sen’s widening the road to accommodate buses, which there is a sign restricting the weight of vehicles on this road, hasw undermined the Eucalputus trees on the road and the road is crumbling (leading us to fear a bus will someday be rolling into our yards) and has put our homes in jeopardy.”

West Winston Manor Community Association president Cindy Alger was said to be meeting with Crown Colony’s Association President to see how they situation can be remedied. 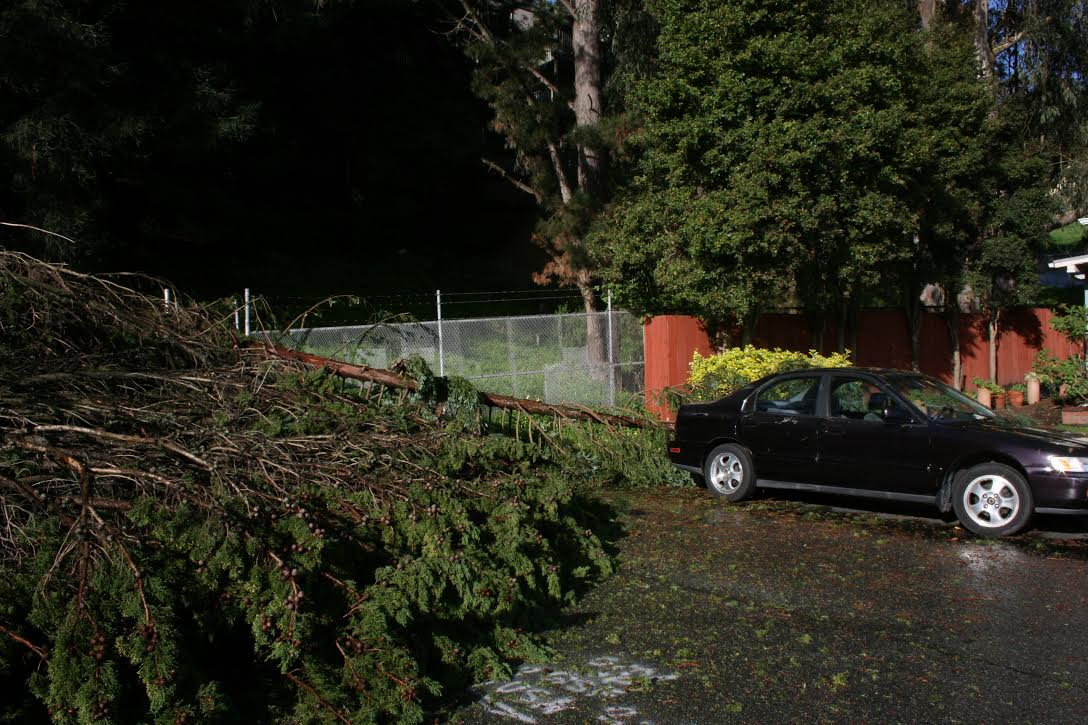 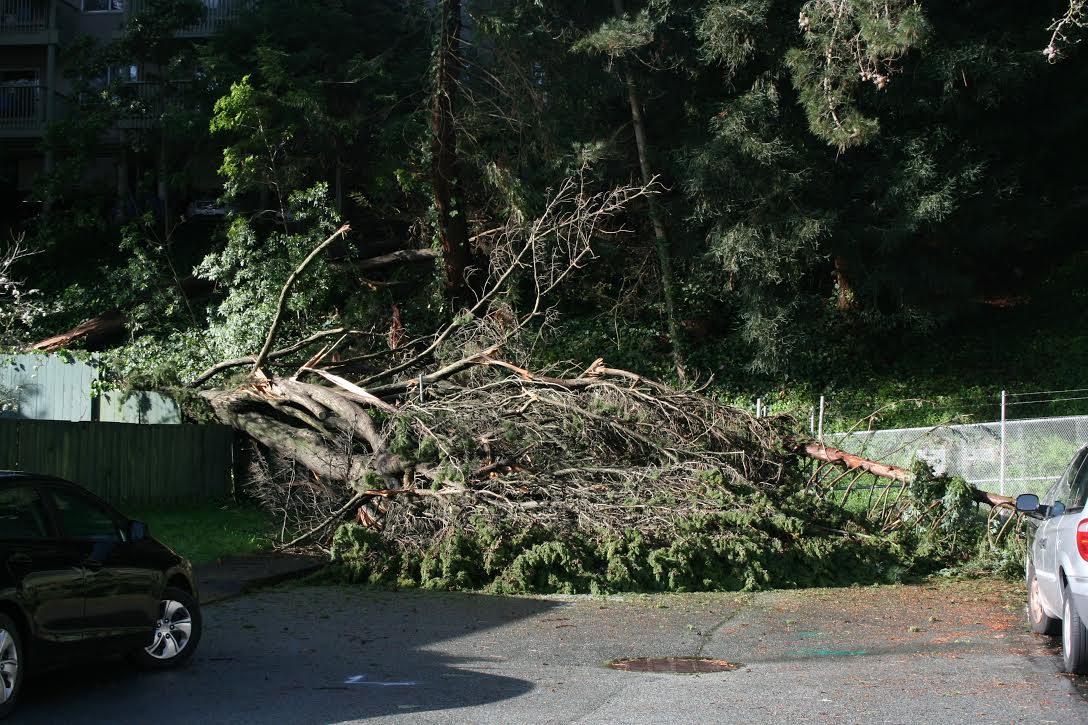 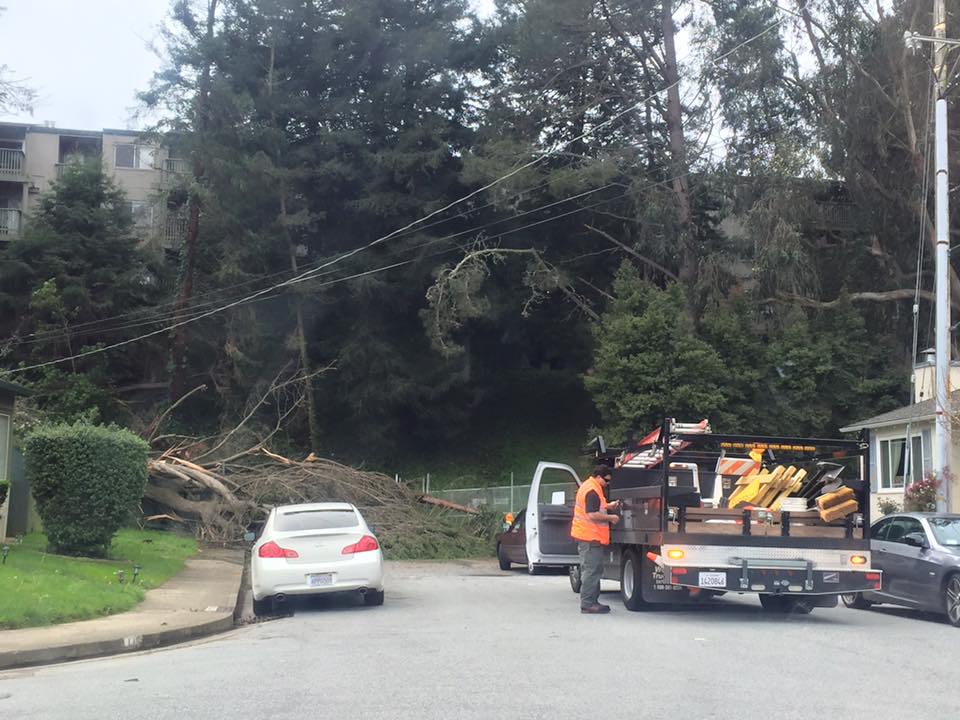 This is a tree that fell down last night in my mom’s neighborhood. Luckily no houses were damaged.’
Photo Credit Amy Albera Glines

Cindy Alger, President of the West Winston Manor Community Association reports “I have been in contact with the President of Crown Colony’s HOA and they have started the clean up.
We thank them for their quick response to this matter.I wish we could work as well with the cemetery side as we do Crown Colony” 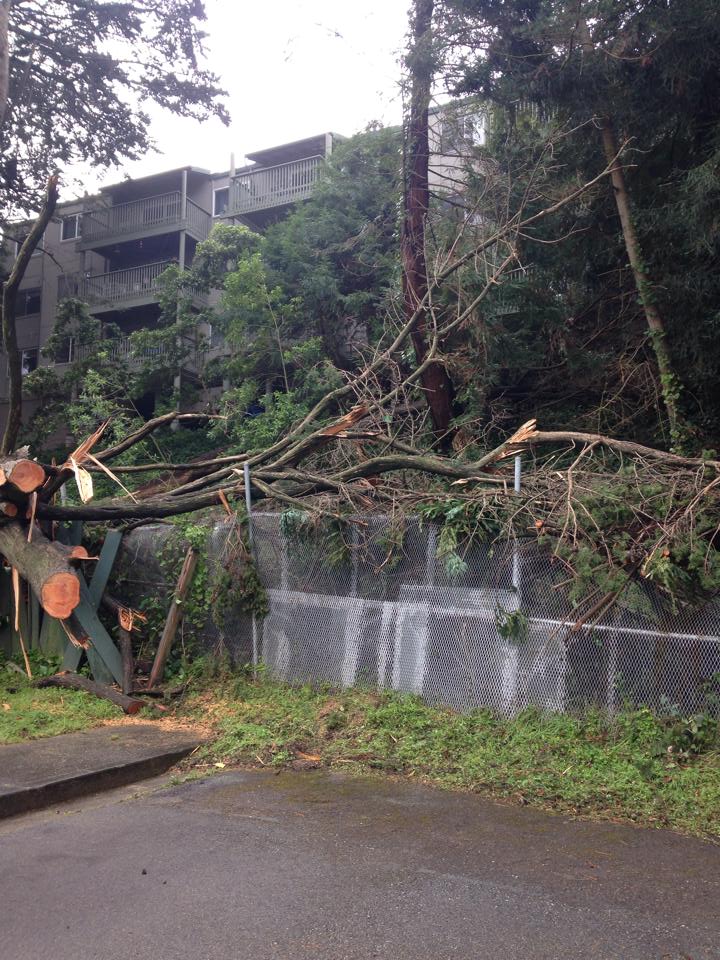