On Apri l 25, 2016 at approximately 2:45 pm, South San Francisco Police officers responded on the report of a group of  subjects  having  an  altercation  on  the  600  block  of  First  Lane.  Prior  to  police arrival, additional information was obtained and it was  reported the subjects involved  in the altercation  left First  Lane  and  walked  to  Orange Memorial  Park, just  a few blocks away.  While  the  subjects were at Orange Memorial Park, the altercation escalated and  one  of  the  subjects  involved  produced  a  handgun and shot the two other subjects. Each  of the adult victims  sustained  a single gunshot wound  to their abdomens. Both of  the  victims  were  transported  by  paramedics  to  San  Francisco  General Hospital ‘s trauma center for treatment. One victim was taken  into  surgery  where  he later succumbed  to his injuries and died. The second victim is reported to  be  in  stable  condition  and  recovering.

The  suspect was last seen still in possession of the handgun as he was fleeing the area on foot, westbound through the park. Schools and the community centers  in  the  area  were  temporarily placed  on “lockdown” while police conducted their initial investigation  and  contained  the  crime  scene.  An extensive and on-going investigation has led officers to a person of interest who is identified  as  19 year-old South San  Francisco resident  Christian  Omar  Cruz.  Cruz  is considered  armed  and  dangerous at this time and anyone who knows his current location is being asked to call 9-1-1 and notify local authorities  i mmediately.  The motive for the shooting is unknown  at this  time. 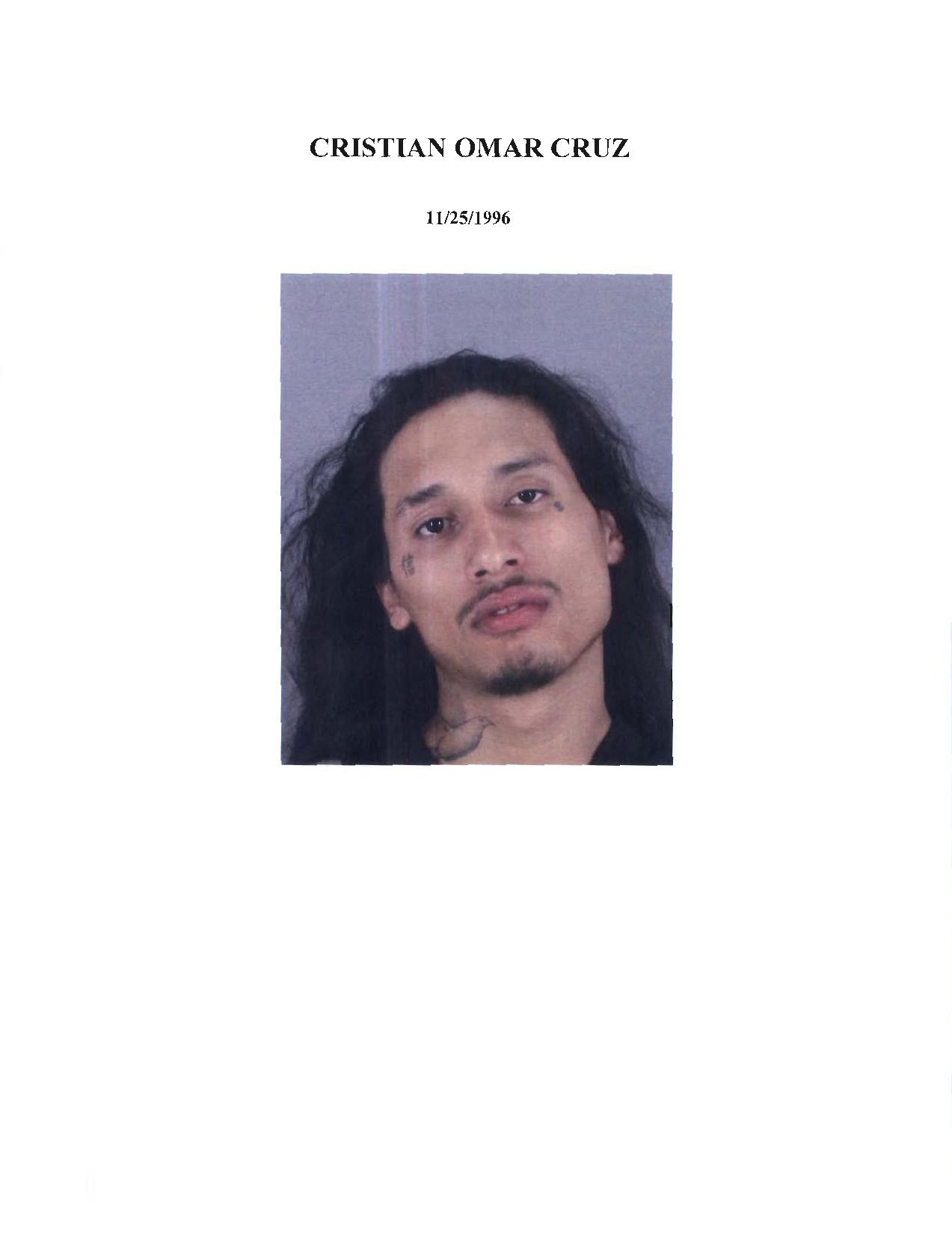