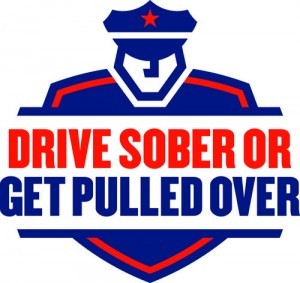 This Fourth of July, There’s No Excuse­ “Drive Sober or Get Pulled Over” by South San Francisco Police Department

Every year Ame1icans head out on our nation’s highways to celebrate the Fourth of July at picnics, parties, parades and more. Unfortunately for many, the celebration frequently includes drinking alcohol, which too often leads to drunk driving on one of the most heavily traveled holidays of the year.

From 2010-2014, 39 percent of all traffic fatalities over the Fourth of July period occurred in alcohol­ impaired d1iving crashes. There were 397 people killed nationally in motor  vehicle  crashes  in 2014 over the Fourth of July holiday. Of those fatalities, 41 percent were killed in crashes involving a d1iver or motorcycle operator with a blood alcohol concentration (BAC) of .08 or higher. In California during the holiday, an average of 6 people are killed  and  1 10 are seriousl y injured  each year.

This Fourth of July, The South  San Francisco  Police Department  will  be out in full force, cracking down  on drunk drivers by aggressively targeting those who put lives in danger. In addition  to routine  staffing,  extra officers will  staff a DUI  Checkpoint  <or>DUI  Saturation Patrols  over the three day  weekend.

“Please don ‘t put yourselves and others in jeopardy by drinking and driving. We will be actively looking for impaired drivers,” said Police Chief Jeff Azzopardi “The ‘Drive Sober or Get Pulled Over’ campaign means zero tolerance for drunk driving -no excuses.”

The consequences of drunk driving are that  serious. Not  only are impaired  drivers putting their lives and  the lives of others at risk, but a DUI arrest means a loss of freedom and money . That can include going to  jail,  losing a driver license,  and paying  steep  financial  costs of $l 0,000 or  more.

Funding for the extra DU I enforcement operations is a grant from the California Office of Traffic Safety, through  the National  Highway Traffic Safety  Administration.