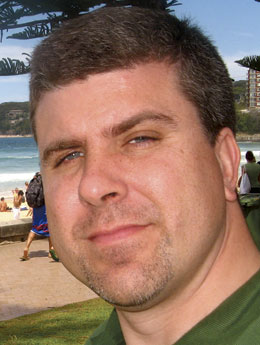 Completing a school building plan with limited resources available under an overspent construction bond remains a primary focus for the two candidates seeking election to the South San Francisco Unified School District Board of Trustees.

Appointed incumbent John Baker and newcomer Scott Grindy entered the race for a two-year seat on the five-member board, filling the void left by former trustee Rick Ochsenhirt, who died last year. Appointed incumbent Daina Lujan, who filled the seat left vacant when former trustee Maurice Goodman was elected last year to the San Mateo County Community College District Board of Trustees, and Patricia Murray will run unopposed to fill two other open four-year seats left on the South San Francisco school board. Incumbent Judy Bush is not seeking re-election.

Baker, who has two children in the district, said if elected his focuses will include enhancing special education services, improving the district’s academic reputation and assuring modern school facilities are available to all students.

“I want to show that public school is not a second alternative, but it is the first option,” he said.

Grindy, whose wife works in the district, said he is running on a platform of fiscal accountability.

“I’m interested in having the financial backing, making sure funding is handled correctly and that there is transparency,” said Grindy.

Financial health has been a primary focus for South San Francisco school officials since an independent audit showed last year the district’s Measure J construction bond fund was overdrawn by roughly $11 million. Officials scrambled to backfill the void with money from the general fund, but two school campuses remain under construction after years of work and no game plan has been devised for completing the final phase of promised renovation work at by Los Cerritos, Sunshine Gardens and Martin elementary schools. 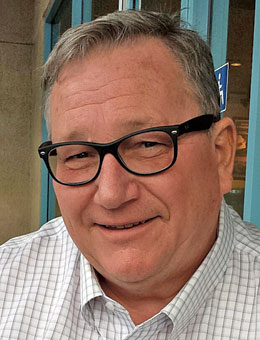 The previous bond director, superintendent and building company initially responsible for overseeing the Measure J construction work have all since left the district, and officials are committed to moving ahead with the work promised to voters, said Baker.

He acknowledged the optics of the botched bond are made worse because it could appear the underprivileged communities served by the three elementary schools awaiting the final phase of construction are not a priority for officials.

“It a real bad image to our community saying these schools, all on the east side of town, aren’t prioritized as the west side schools were,” he said.

Grindy, who has worked in vocational education and managed facilities for a community college system, said he has the background to accurately track the money paid to builders.

“Somebody has to have their eyes on every project with a magnifying glass,” he said.

For his part, Grindy said he deeply concerned the bond fund was overspent by such a substantial margin.

“They lost roughly $11 million in the overrun,” he said. “That amount of money blows my mind, for lack of a better way of putting it. That amount could rebuild a better portion of the school, and that concerns me.”

He said he has seen the residual impacts of the school district’s fiscal mismanagement spill over into the classroom, as money from the general fund is being diverted from educational services to the construction fund.

Grindy resigned his from post with the San Mateo County Harbor District as harbormaster last year. He has since filed a harassment claim against his former employer, alleging emotional distress caused by one of the board’s commissioners.

Baker, who works in improving broadband infrastructure for rural communities in California, said he believes many concerns for district teachers would be addressed by offering them pay competitive with other local districts and modern amenities at each campus.

Such an effort could also help the district work toward closing the achievement gap between white students and communities of color.

“We need to make sure those students have the same opportunities,” he said.

He also encouraged the district to consider innovative ways to improve opportunities for students enrolled in special education programs as a means of offering an equitable education.

Allowing general education students to share classrooms with those from special education could be beneficial, as some may gain an opportunity for age-appropriate interaction with peers and others could develop a greater sense of empathy, said Baker.

Grindy said he would like the district to preserve an opportunity to offer vocational education, amidst the focus on enhancing science, math, engineering and technology curriculum.

“We need more tradespeople,” he said. “Look at all the development in South San Francisco. Who is building that? Those skills are needed. And we’ve lost that in the schools.”

In all, Grindy said his commitment to improving education in the local school district will remain regardless of the election’s outcome.

While Baker said he would like an opportunity to continue the good work the board has accomplished since he was appointed.

“We need experienced people on the board and I think I can offer that,” he said.