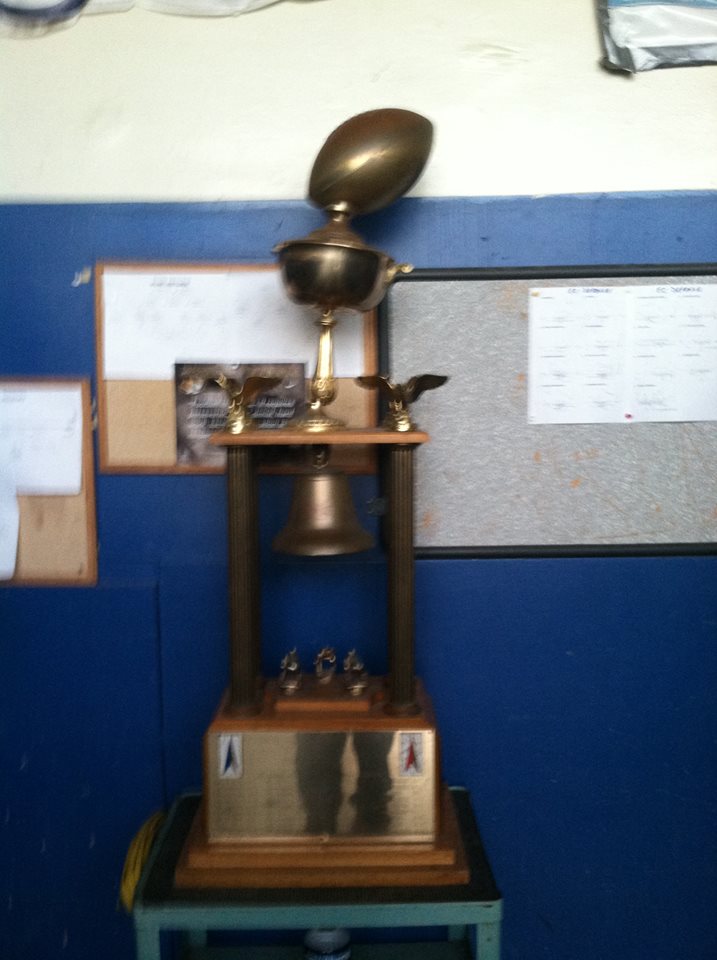 What defines a classic?

Art? Universal appeal? Something that stands the test of time and influences what comes after it?

If those are the definitions, then Saturday’s 55th edition of the Bell Game between South San Francisco and El Camino highs was truly a classic.

The game featured art in the skillful execution of trick plays. It featured universal appeal in the grit of its competitors grinding it out in the face of shifting odds. Finally, its back and forth nature will stick forever with those who played in it, teaching lessons that will influence major decisions in their lives about dealing with pressure and not taking things for granted.

So, it that regard, South City’s 28-27 victory over El Camino at Clifford Field will go down as a classic.

“I’ve been at every Bell Game since 1983,” said El Camino head coach Eric Jacobson. “I’ve seen scoreboards blow up, streakers, a couple nice wins by El Camino, but this was a heart-breaker.”

The game wasn’t decided until time expired and a tackle was made on El Camino’s last-gasp pass play at midfield. The fact that the Colts had even gotten to that point was an achievement.

South City had taken a 28-14 lead with just under 10 minutes left in the game on Jeremiah Lupe’s third touchdown of the game, a 42-yard run up the left side.

“It feels great man, we finally showed up and did our thing,” Lupe said. “I want to give credit to my line. Without them, I wouldn’t have had those touchdowns — they opened some big gaps.” 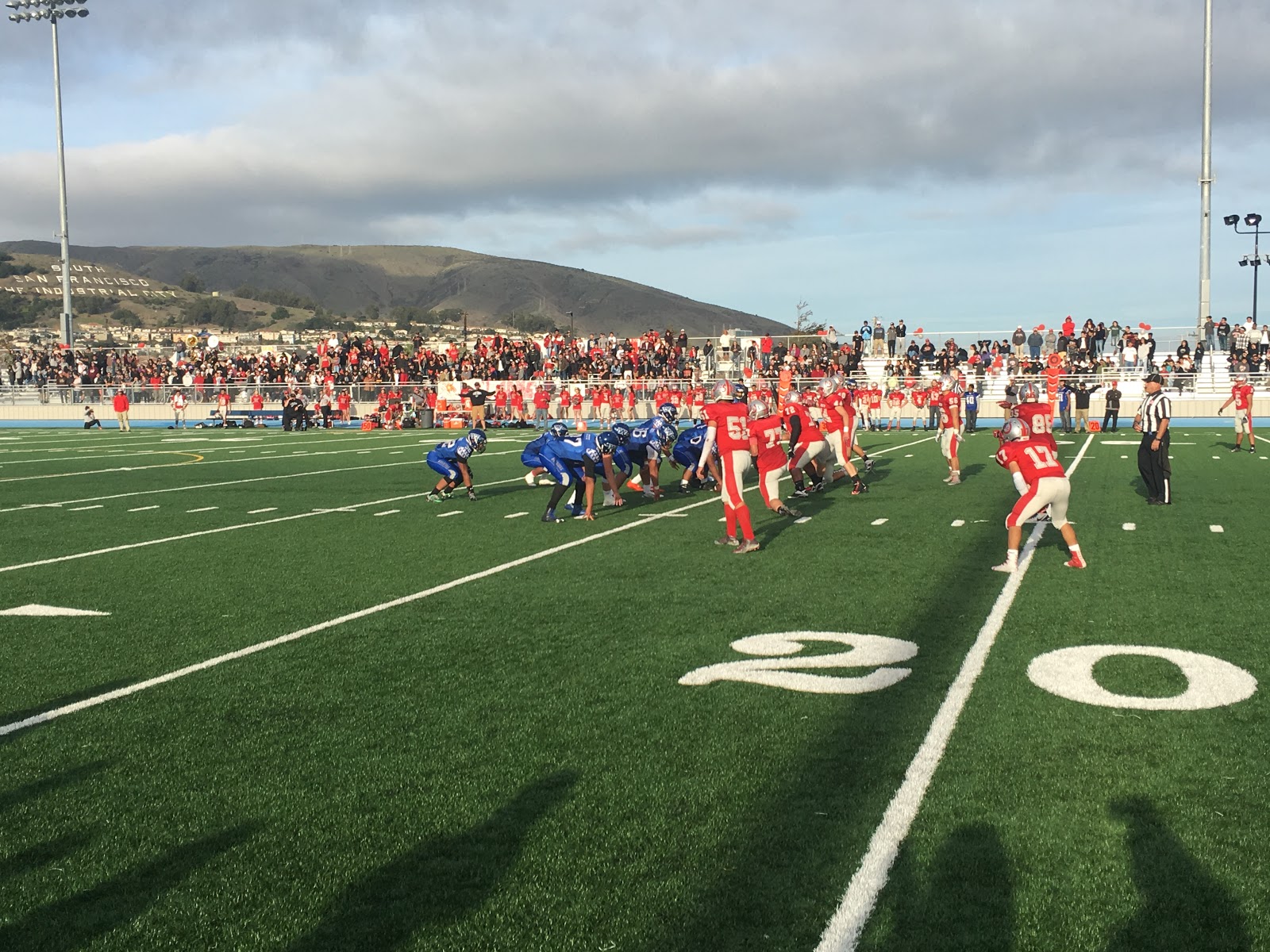 Lupe’s score had seemed initially to take the wind out of El Camino’s sails. In fact, the Colts looked done after a fourth down passing pass went incomplete at midfield with 8:55 left in the game. But as EC quarterback Jimmy Bakshi got back up on his feet after being knocked down, he was happily surprised to be the beneficiary of a roughing the passer penalty. El Camino then capitalized a few plays later when Bakshi stretched over the goal line on a one-yard keeper to get the Colts within a touchdown with 5:12 left.

Then a little art: El Camino dribbled the ensuing kickoff just a few yards upfield and masterfully recovered. A handful of plays later, Bakshi connected with Ian Dugas for the latter’s third receiving touchdown of the day — a 25-yard lob into a crowd in the right side of the end zone. The Colts were within a point.

At that point the Colts lined up for two. Bakshi rolled left on the snap and threw a line drive. At that point, South City linebacker David Alapati burst threw and intercepted the PAT try, all but giving the Warriors the victory.

“I knew I had to go and get that interception,” Alapati said. “My eyes went hella big when I saw him roll him (my way).”

Jacobson said he decided to put everything on the line and go for two under the assumption that El Camino would never have as good a chance.

“I was always going to go for two,” Jacobson said. “We know there’s overtime, but I didn’t like our chances going in there because we were getting beaten up on the defensive side of the ball. When you get a chance to win the Bell, you’re going to take that shot.” 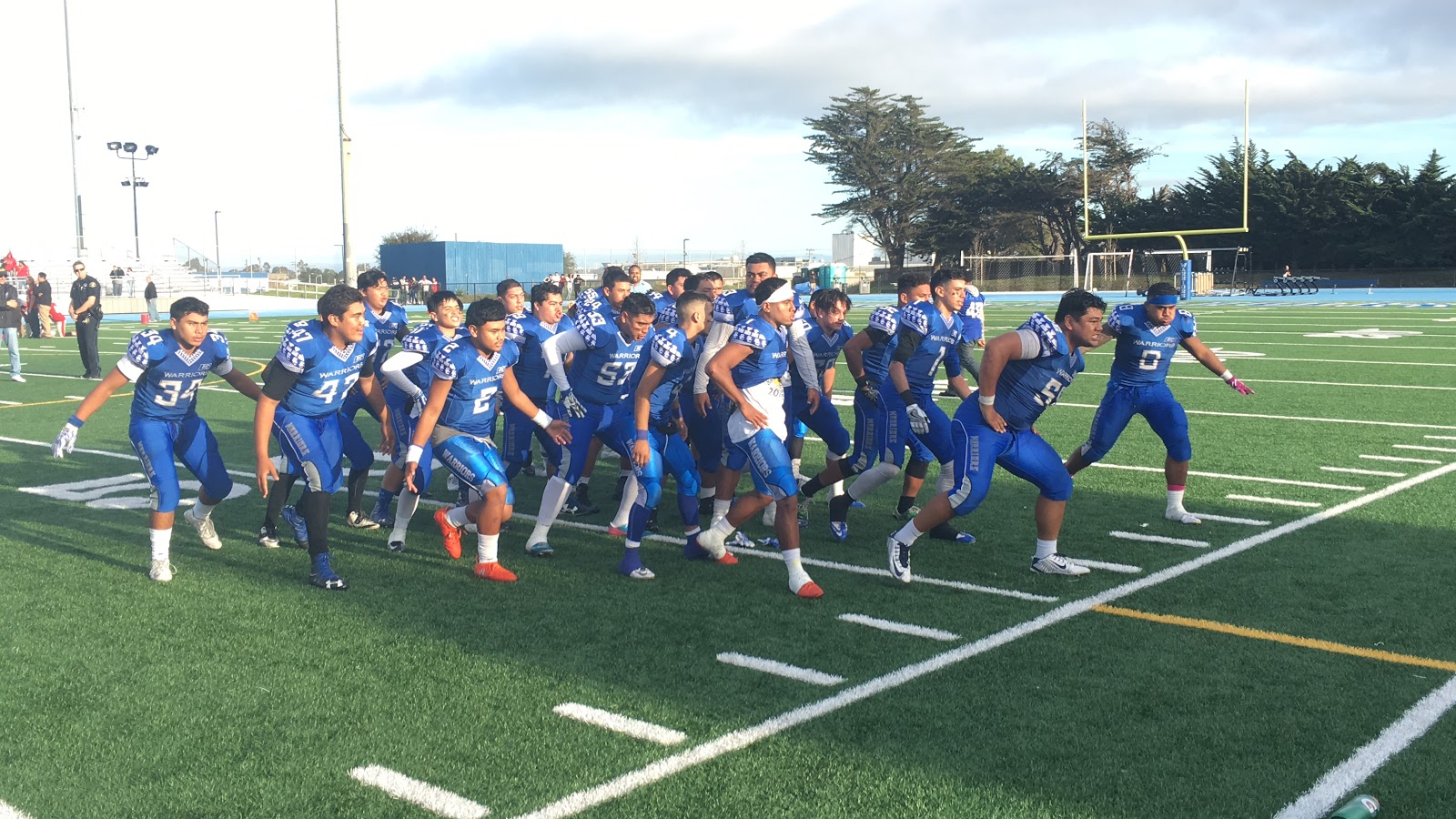 The game’s first score came about five minutes into the contest on a 38-yard left run by Lupe. Just two plays later, a wide-open Dugas scored his first touchdown on a 60-yard pass from Bakshi. After a quarter, it was 7-7.

Dugas (four receptions for 161 yards) put El Camino up 14-7 34 seconds before halftime with a 49-yard score set up by a successful fake punt. Lupe tied the game with a 40-yard run with 3:47 left in the third quarter, then quarterback Tyson Alapati scored on a one-yard keeper with 14 seconds left in the third, setting up the momentous fourth.

“Ian made some incredible catches today,” Jacobson said. “He singlehandedly kept us in the game today.”

Lupe led all rushers with 186 yards on 13 carries, followed by teammate Kolson Pua, who carried 20 times for 90 yards. The Warriors generated 349 combined yards of offense.

El Camino was led by Bakshi, who completed seven of 12 passes for 161 yards. El Camino only tallied 61 yards total on the ground, spread amongst seven rushers. The Colts tallied exactly 100 fewer total yards than South City.

Defensively, RJ Aquino tallied a fumble recovery and an interception for El Camino. For South City David Alapati had another interception beyond the one on the PAT, and Jacob Martinez recovered a fumble.

“There was a lot of pressure,” Lupe said. “Both teams came out to play. We played to our fullest potential and I have to give props to El Camino — they really came out.”

In other words, it was a classic.