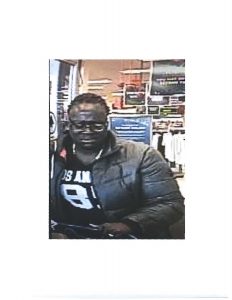 Thomas, unemployed and from San Jose, has been arrested in connection with the serial wallet thefts of elderly victims in SSF and neighboring communities. PD expect the list of potential victims to increase.

42 year-old Renetha Thomas, was arrested yesterday,  02-09-2017, at her residence  in San Jose by  Detectives from the South San Francisco Department. This was the conclusion to a several months-long investigation of the serial wallet thief who was victimizing elderly female victims, not only in South San Francisco but in several other cities in San Mateo County. Thomas’ crime spree in San Mateo County is believed to have begun in August 2016 in which she would contact elderly female victims inside different grocery stores.

Once making contact, she would distract her victims from their purses, which would  be  inside their shopping carts. Unbeknownst  to the victims, Thomas would  then take the opportunity  to  quickly  take the victims’  wallets  out of their purses  and then leave the store. Unfortunately  for the  victims, Thomas’ crimes did not end there as she would then utilize the victims’ credit cards to make fraudulent purchases  at different  department  and convenience  stores throughout  San Mateo  County.

Although the investigation is ongoing, it is believed that Thomas is responsible for at least 15 similar type crimes in San Mateo County, but that number is expected to grow once other San Mateo County law enforcement agencies take a closer look at their respective  unsolved  thefts or credit card frauds. Thomas  was booked  into the San Mateo County Jail in Redwood  City and was booked on multiple charges   including Elder Abuse,  Burglary,  Credit Card  Fraud  and Identity Theft.

The South San Francisco Police Department would like to thank the media, the public and collaborating  law enforcement agencies for their assistance in identifying Thomas and making her subsequent arrest possible.

To see the original PD media release seeking information on the suspect of these thefts please CLICK HERE  If you have any information on this case please contact the South San Francisco Police Department at 650-877-8900 or at the anonymous tip line 650-952-2244.