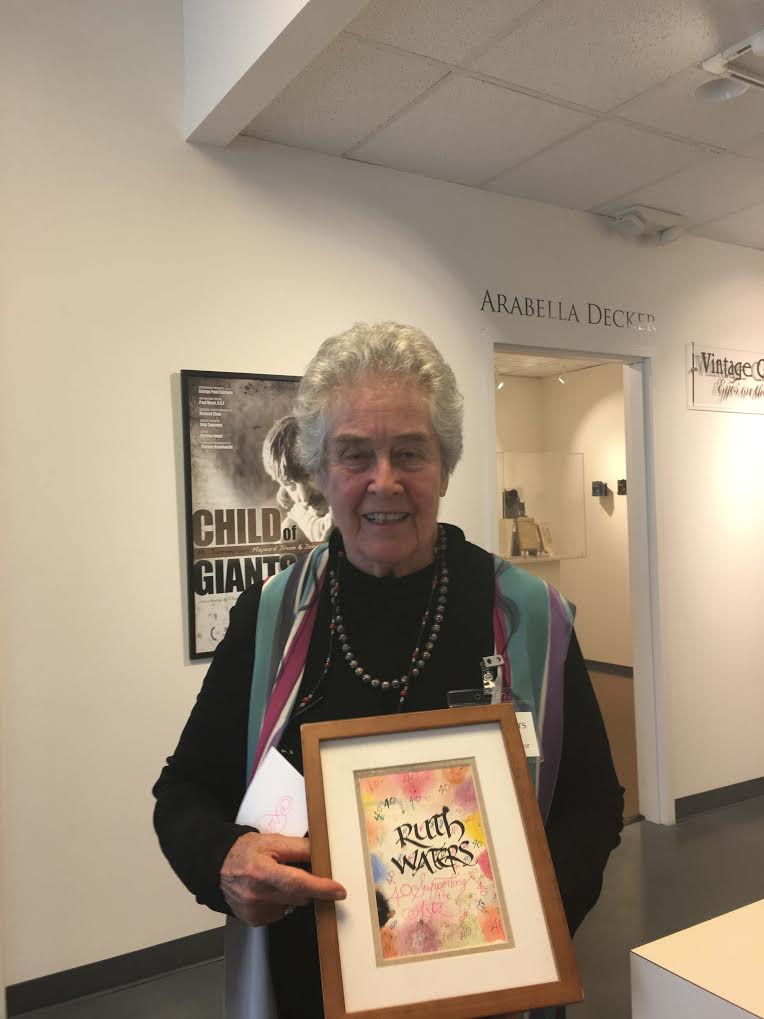 Congratulations to Ruth Waters. Founder and Director of Peninsula Museum of Art,  honored for her long-lasting support to the Peninsula Art activities  last March 19th 2017.  It was also the museum’s 4th Anniversary located at 1777 California Drive, Burlingame.

I’ve always received a postcard invitation to all of the museum exhibitions but I didn’t attend but when I received that Ruth Waters was being honored for her 40 years of supporting Peninsula arts, I had to visit the museum and congratulate her personally for her awesome and amazing contribution to the Peninsula community. She looks majestic and regal as a well sculptured piece as she is cordial and friendly. During the installation of Bruce Beasley sculpture at South San Francisco Sculpture Garden, I remember having a conversation with her and she said, “For every 300 painters, there is one sculptor.” But last Sunday she said, “Oh, now for every 500 to 700 painters (includes other artists), there is one sculptor.” I believe her. Among artists. sculptors are rare breed because not only their materials and tools are expensive but they need strength to carve a magnificent sculpture like the statue of David. The Michaelangelo Project Stanford findings had researched  that Michaelangelo must have been a strong man. 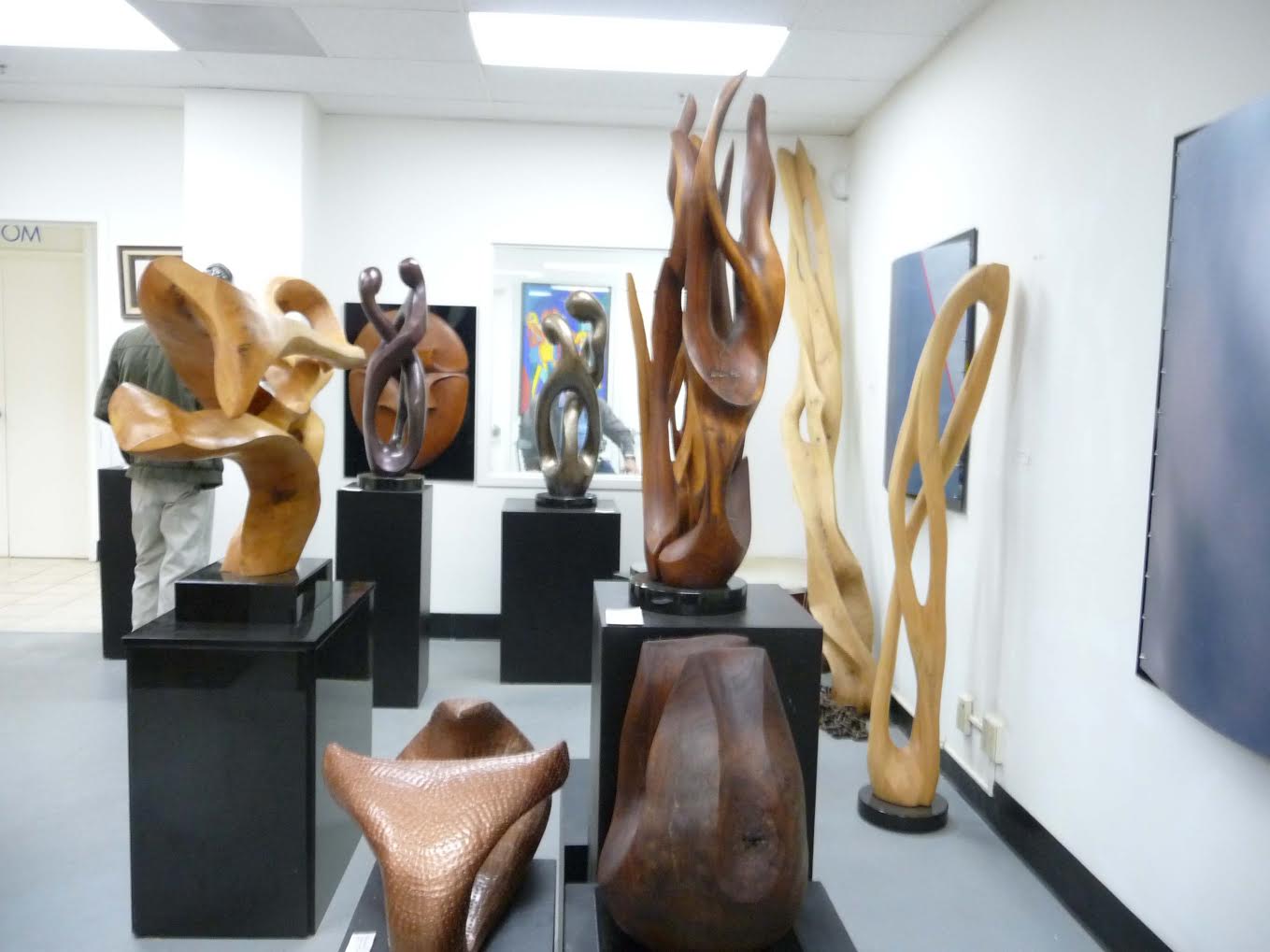 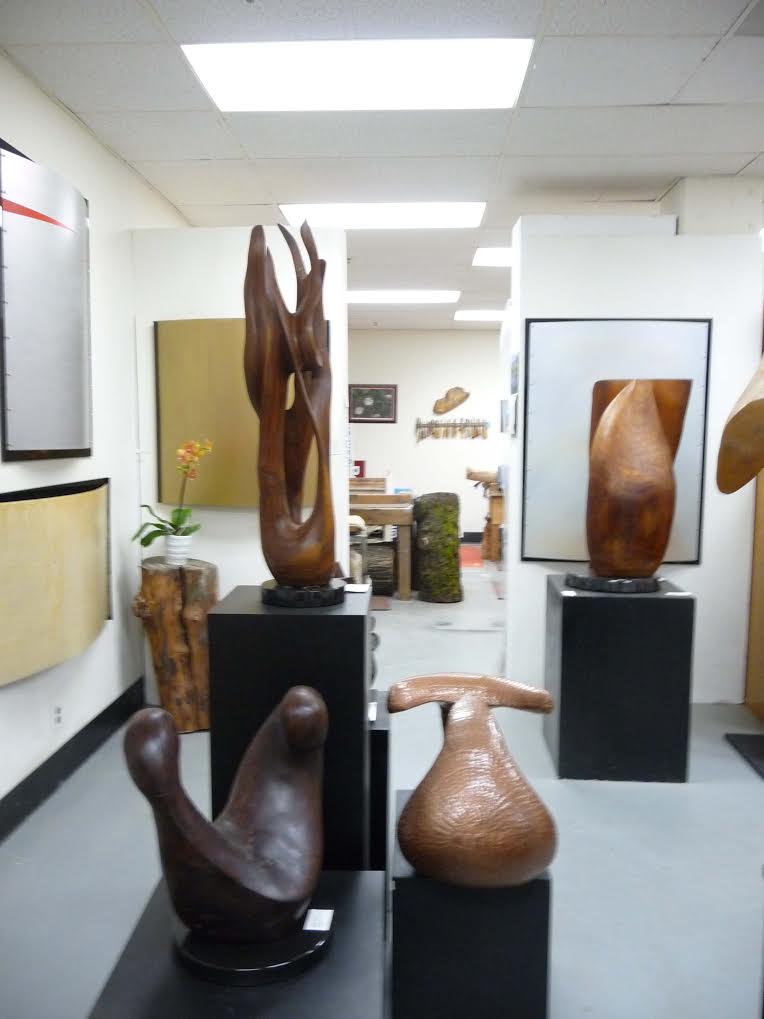 It’s rare for a man to be sculptor; it’s rarer for a woman. A salute to Ruth Waters a Stanford University graduate who majored in journalism who later became a painter and sculptor.  She said, “Have you seen my studio?” She pointed me to the direction to her studio which was full of sculptures radiating with resplendent beauty especially the ones made in wood. In her studio, there are a lot of accolades on the wall including Outstanding Woman of the Year given by Senator Jerry Hill in 2014.

Forty is a spiritual number like 40 years of Moses in the desert, 40 days of Jesus in the desert. Last 2015 Kalligraphia 14, I made one  piece “40” for SF Giants #40 Madison Bumgarner as the Bestest Pitcher the World Series Has Even Known.ERA  0.25”  Why not make one  “40”  piece. for Ruth Waters for her 40 years of supporting Peninsula Arts., I told her the hand calligraphed piece was  on behalf of the South San Francisco community appreciating her outstanding contribution 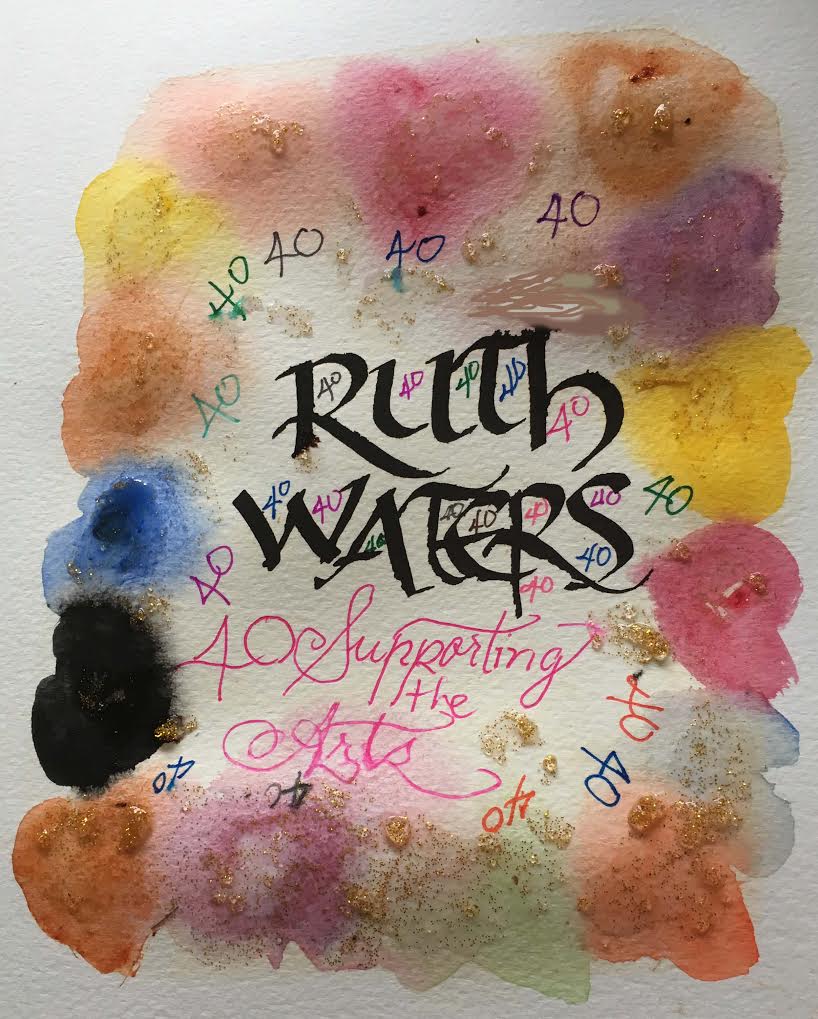