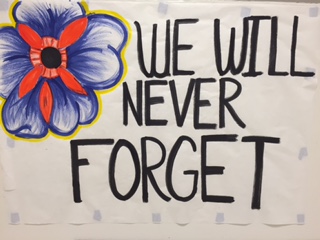 PREFACE: The Armenian genocide has received more attention in the past few years, thanks in a big part of South City native John Kevranian, who has shared information with Everything South City. The newly released movie ‘The Promise‘ features much of this historical tragedy and has been highly praised by the local Armenian community.

WASHINGTON, DC – Congresswoman Jackie Speier (CA-14), co-chair of the Congressional Caucus on Armenian Issues, released the following statement on the day of The Armenian Genocide Observance.

“Today, we commemorate the 102nd Anniversary of the systematic slaughter of over 1.5 million Armenian men, women, and children; the first genocide of the 20th Century. Individuals and entire families were annihilated, cultural and religious landmarks were destroyed, and atrocities were committed again and again as pleas for help were ignored.

Nearly one hundred years after the Armenian Genocide, Congress has shamefully failed to pass a resolution that would officially recognize the attempt by Ottoman leaders to extinguish the Armenian people. Today, President Trump failed to recognize the Armenian Genocide, adding further insult to long-standing injury and injustice. Without direct condemnation of the horrific acts executed against an entire ethnicity, Congress and this Administration continue to implicitly ignore crimes against humanity and that is unacceptable.

As one of only two Armenian-American Members of Congress, I have always drawn great strength and resolve from my Armenian ancestry. I was proud to carry the resolution condemning the Armenian Genocide during my time in the California Legislature, and I am equally proud today to serve as a Co-Chair of the Congressional Armenian Caucus. It is with that strength, pride, and resolve that I will continue the fight to fully honor the memory of our ancestors who perished at the hands of the Ottoman Empire and I will continue to confront injustice, bigotry, xenophobia, and hatred around the globe and here at home.”