On September 5, the San Mateo County Harbor District adopted the boundaries of draft Map E for its five districts.  During this extensive process, the map was drafted based on input by the public with the assistance of an independent demographer specializing in districting (Redistricting Partners).  The Board of Commissioners selected this district map to ensure the best possible opportunity for minority voters to have their voices heard when electing people to govern their county-wide harbor district.  This map also establishes both Bay and Pacific representation in all five districts.

The initial implementation will occur with Districts 1, 4, and 5 in 2020 and Districts 2 and 3 in 2022.  When fully implemented, each district will elect a Commissioner who resides within the district.

The adopted map, and other draft maps, can be viewed at https://www.smharbor.com/districted-elections.

The San Mateo County Harbor District was first established in 1933 and now operates both Pillar Point Harbor and Oyster Point Marina/Park. Pillar Point Harbor, near Half Moon Bay, remains a major commercial and sport fishing harbor with 369 berths. It is host to many public events throughout the year. Oyster Point Marina/Park in the City of South San Francisco provides a 408-berth marina, boat launch ramp, fishing pier, and open space and trails. At both facilities, the District manages the property, renders public safety and search and rescue functions, and provides opportunities for many kinds of recreational activities.

The District is governed by a five-member Board of Harbor Commissioners, currently elected at large within the county, but who will be elected for staggered four-year terms by district, beginning in 2020. 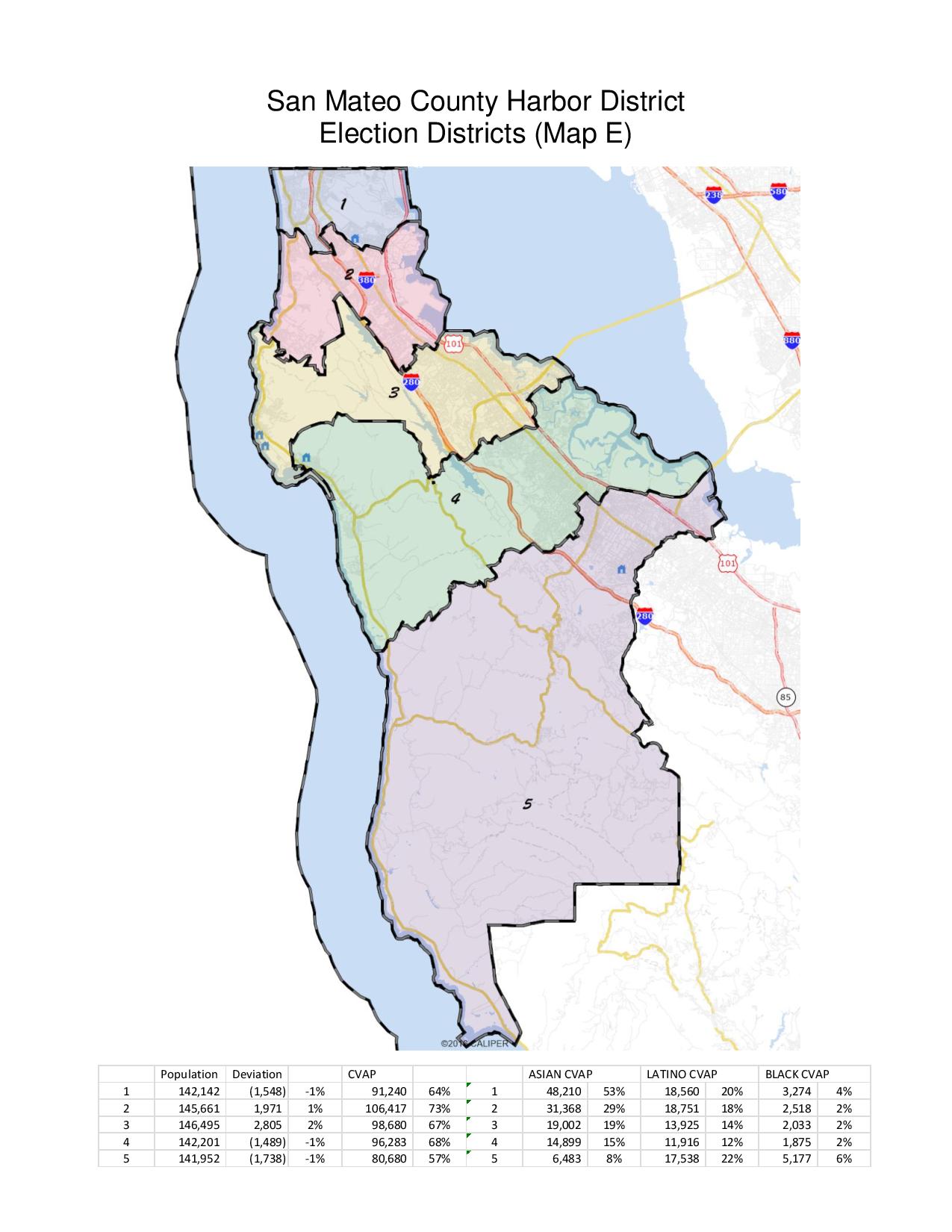 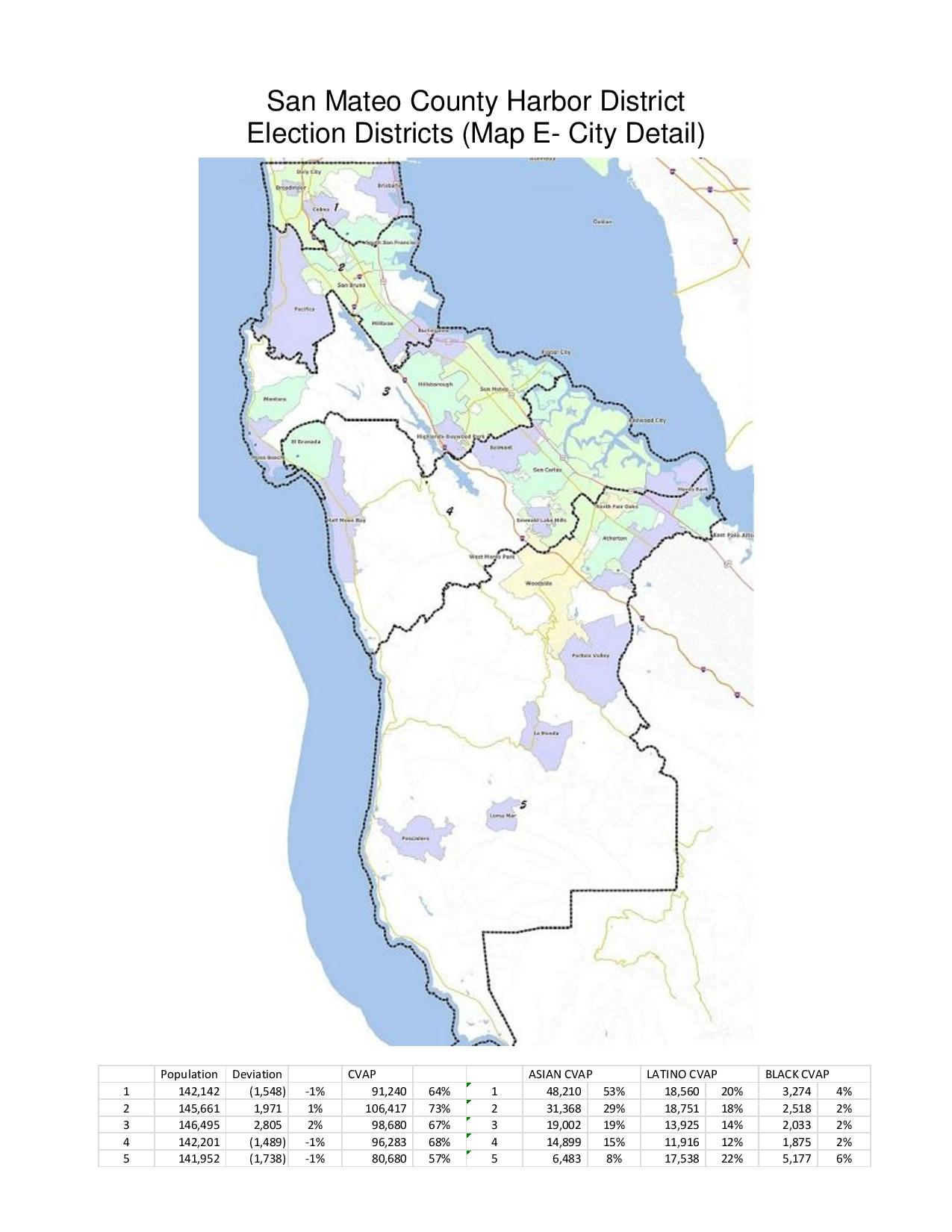