Washington, DC – WASHINGTON, DC – Today, Congresswoman Jackie Speier (D-CA) along with Congressmen Brian Fitzpatrick (R-PA), Jared Huffman (D-CA), and Mark DeSaulnier (D-CA) reintroduced the Rosie the Riveter Congressional Gold Medal Act. This bipartisan legislation would award a Congressional Gold Medal to the American women who joined the workforce or volunteered during World War II in recognition of their contributions to the nation and the war effort. Senator Bob Casey (D-PA) will introduce a companion bill. The Members  also introduced a resolution to recognize March 21, 2018, as ”National Rosie the Riveter Day,” led by Rep. Huffman.

“The women who heeded the call to action during World War II are among our greatest living heroines,” Rep. Speier said. “While other World War II heroes have been awarded Congressional Gold Medals for their sacrifice, Congress continues to overlook our ‘Rosie the Riveters’ in an unconscionable dismissal of their contribution to the war effort and eradicating barriers to women joining the workforce.

“I’ve been privileged to work firsthand with some of these incredible women during my time in Congress. Phyllis Gould and her sister, Marion Sousa, have led the charge to achieve national recognition for Rosies. Mae Krier, who went to work at Boeing Aircraft right out of high school, is one of the foremost Rosie advocates in the country. Rosie the Riveter WWII Home Front National Historical Park Ranger Betty Reid Soskin, the oldest National Park Ranger in the country, works tirelessly to preserve the Rosies’ trailblazing legacy. These women, and all the Rosies, deserve recognition befitting their bravery and sacrifice,” Rep. Speier added.

“Throughout our nation’s history, countless Americans have answered the call to service during times of conflict and turmoil,” Rep. Fitzpatrick said. “During World War II, women across the country – and across our district – left their homes for factory jobs in support of the war effort: Working as riveters, buckers, welders, and electricians. These ‘Rosie the Riveters’ embodied the ‘We can do it’ spirit forever connected with the famous poster.”

“During World War II, women across the nation supported the war effort by leaving their homes and taking on factory jobs. These ‘Rosies’ helped end the war, redefine traditional gender roles, and inspire future generations of women to follow in their footsteps,” Rep. Huffman said. “It’s Women’s History Month, and it’s fitting that we continue to honor these women than by designating a national day of recognition for their bravery and hard work. Let’s continue to recognize the ‘Rosies’ as the American heroes they are.”

“At the Kaiser Shipyards in Richmond during World War II, Rosies helped produce more ships than any other shipyard in the country,” Rep. DeSaulnier said. “On top of their contributions to the war effort, Rosies helped pave the way for future generations of women in the workforce. I cannot think of a more deserving group of sheroes for this honor.” 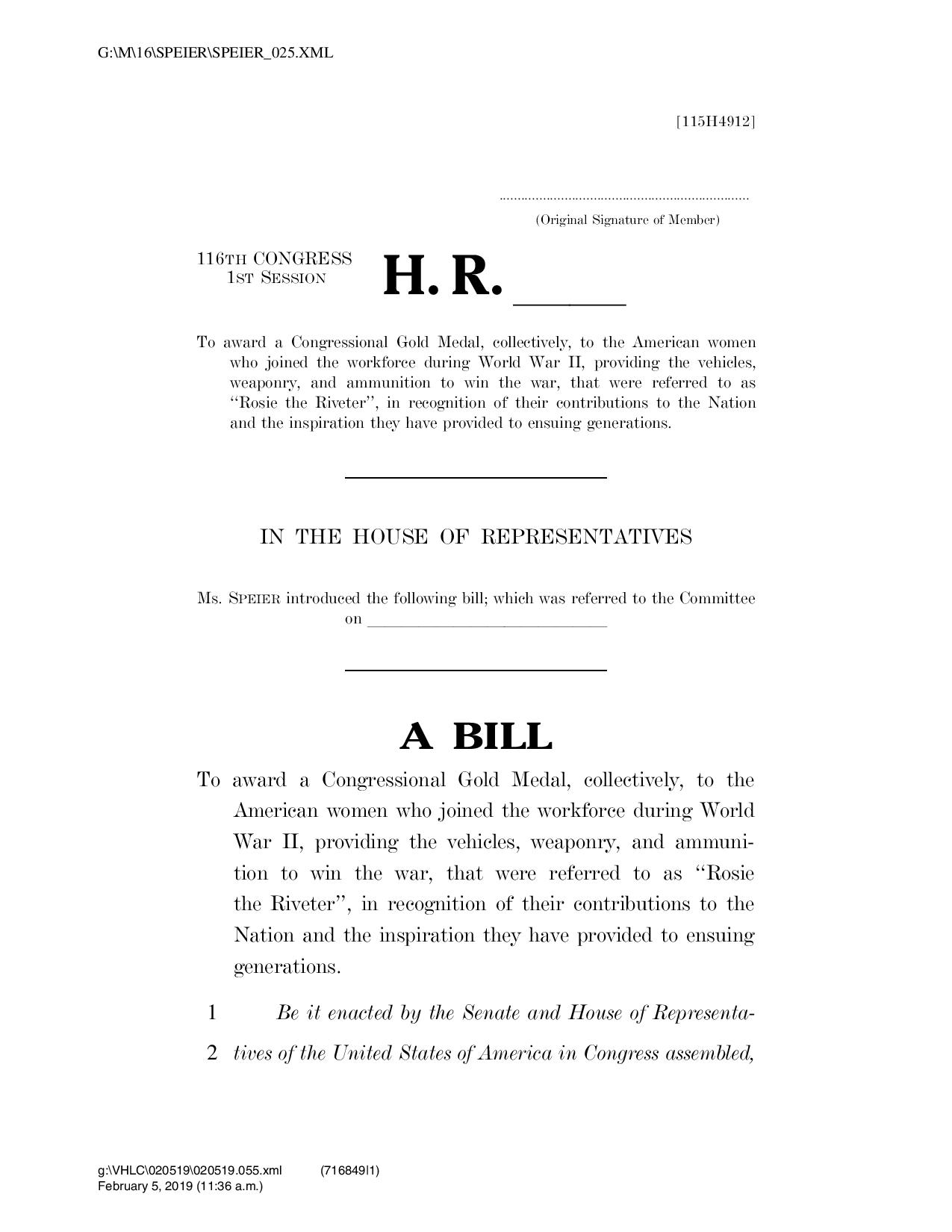 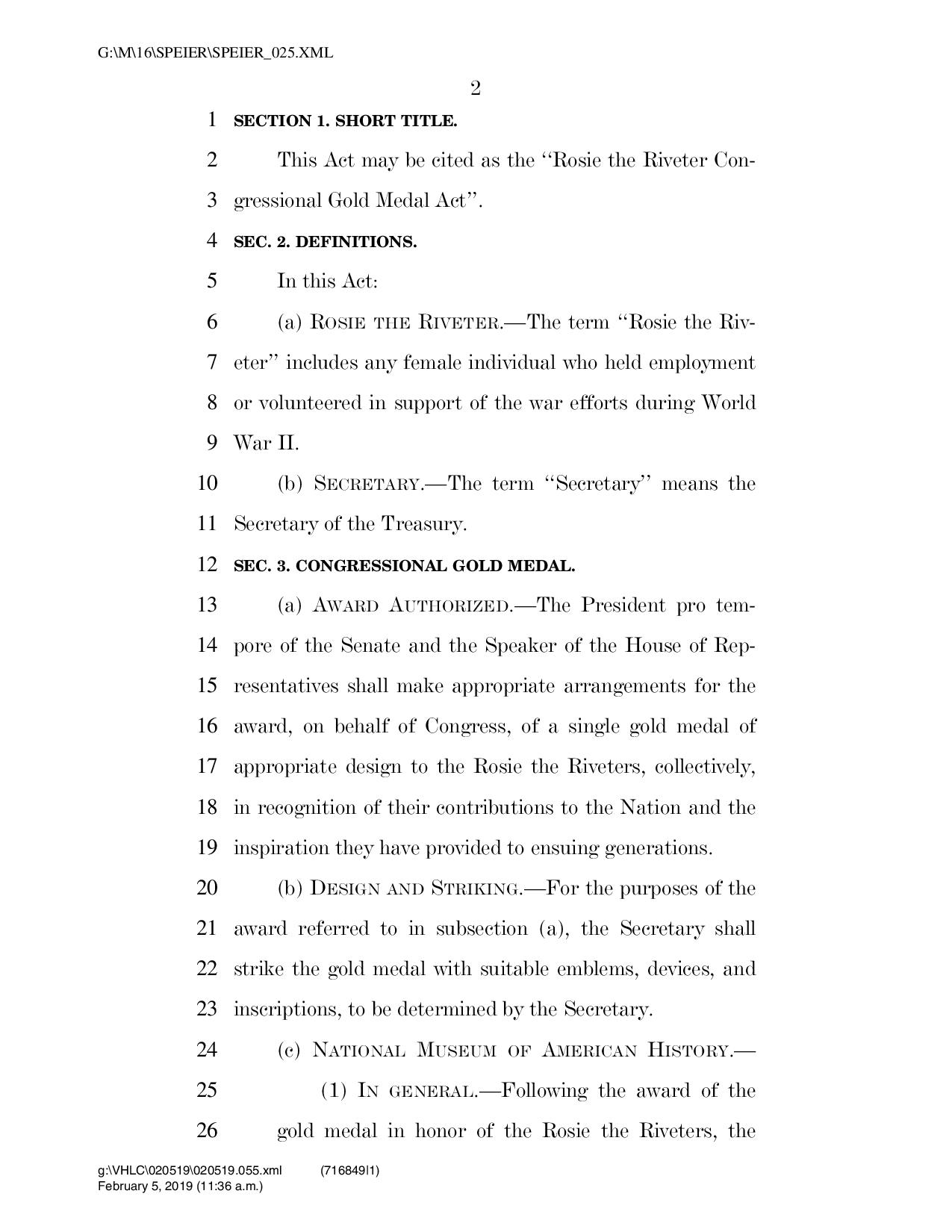 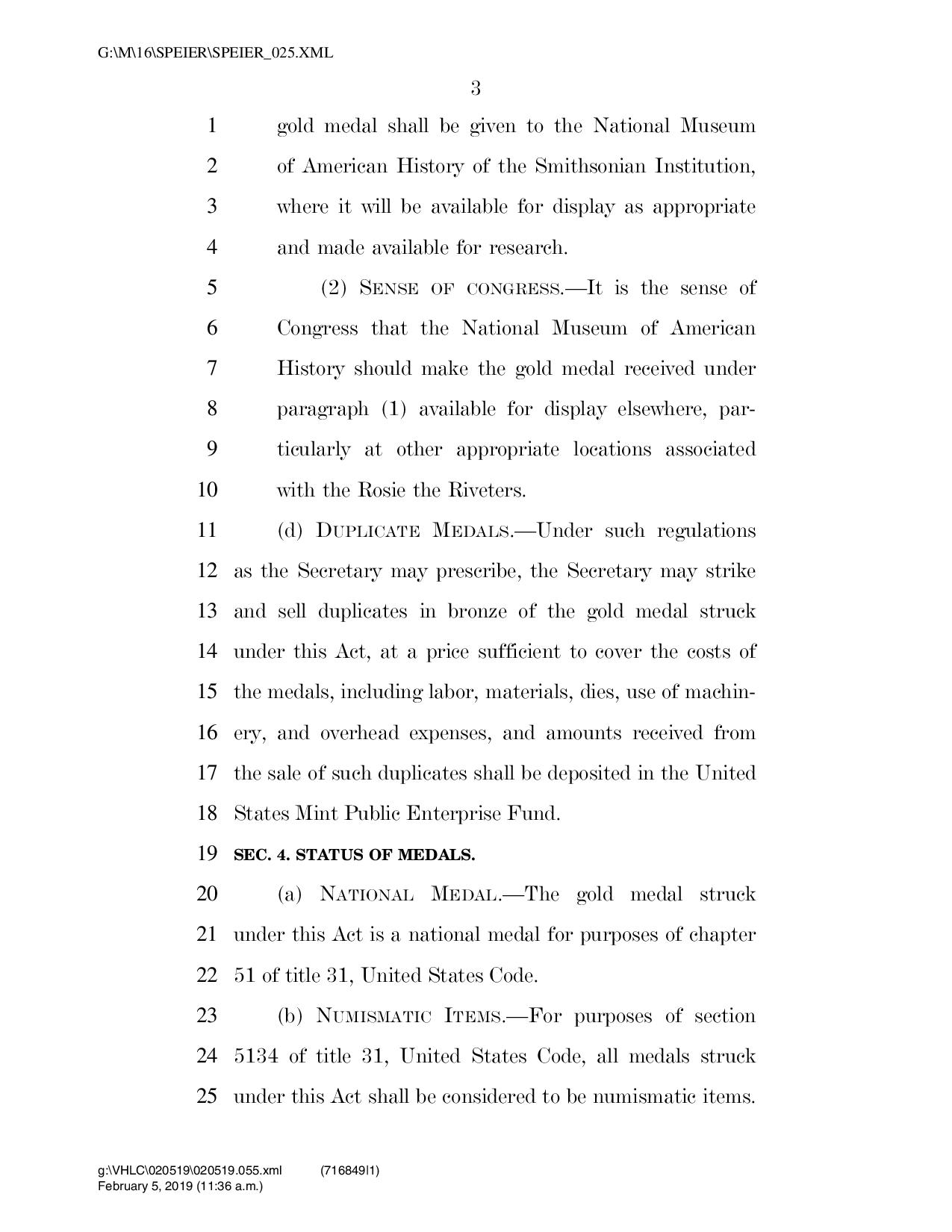