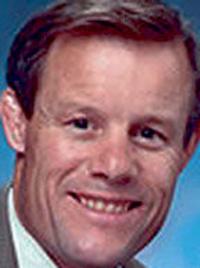 Is anyone else out there in the universe of the this readership feeling like things are getting upside down in California, particularly since Gavin Newsom was elected governor?For example, in our gloriously sunny state, it is now against the law for a restaurant to serve a customer a beverage with the accoutrement of a plastic straw, never mind patrons can go next door to Starbucks or Boba Guys and be served a cold drink in a plastic cup! It is also perfectly fine to go to the grocery store and buy water by the gallons in little plastic bottles but not if you are in San Francisco on city owned property, including the San Francisco Airport, which happens to sit on city owned property, albeit in San Mateo County. Perhaps I should not mention any of this because it might give the legislators in Sacramento the idea to ban plastic cups and water bottles all across the state! Hmm…I wonder if they would also include the Keurig coffee pods and those little containers for coffee creamer?Next there is the example of California deciding to fine its citizens who choose not to have health insurance, while at the same time providing free health care to those who entered the country illegally. In fact, it was a calculation of our all knowing, ever wise governor to offset a portion of the free health care with the fines of the uninsured. This may make look like a generous and compassionate move by the governor but in reality, it is not. In reality, it is impossible for the government to be generous or compassionate because whenever the government gives something to someone for free, it means it has already taken the value of that thing away from someone else in the form of taxes or fees. Nothing the government gives away is free. Someone first has to pay for it.  A third example is California’s decision to give away driver licenses to people who, again, entered the country illegally, while at the same time requiring its citizens to bring a hoard of identification documents and two utility bills to get a Real CA driver’s license. Does the first have anything to do with the second? A Real CA driver’s license is not required to drive, it is only needed if a person wants to board a plane, something…of course…few of us ever do! Stop and think: does our state passing out driver licenses to just about anyone undermine their usefulness to real Californians?Example number four: if a homeless person wants to build an encampment out of plywood and plastic tarps on public property, they can get away with it, but if a homeowner wants to do something as simple as replace a few windows in their house, they must first pull a permit and allow building inspectors to march through their home to check if the work was done according to code. If they don’t and they get caught, they can be fined a penalty and may even have to remove the windows so they can be reinstalled and inspected for compliance.A final example of California’s craziness is in San Francisco where the city provides free drug centers for heroin addicts to shoot up, and even supplies them with free plastic needles, but according to the city’s municipal code, it is against the law to feed the pigeons on city streets or sidewalks. The reason to prohibit the feeding of pigeons, of course, is to prevent their congregation on the high perch of buildings, from which they may defecate and create an unhealthy nuisance on the sidewalks below. At the same time, however, the heroin addict who just injected heroin at the free drug center can step outside and do their business on the sidewalk where, close by, outdoor dining patrons are enjoying their cold beverages sans plastic straws.Please do not misunderstand. Good laws written for good reason make  good sense. However, to have laws in place for some while allowing the lawlessness of others to persist, or even be encouraged, makes no sense at all. Additionally, crowding the books with laws where citizens ought to be left free to choose is also senseless, unless of course the government is aiming, in due course, to eliminate free choice altogether. Eliminating liberty for some while allowing anarchy for others is good for only one thing: an upside down world like we have in California!