PREFACE: Last week we had neighbors asking for more information regarding police activity near King and Gellert, more specifically on Geddes Court. Today Oakland Police Department shared this on their FB page and we thank our South City neighbor for sharing it with us. 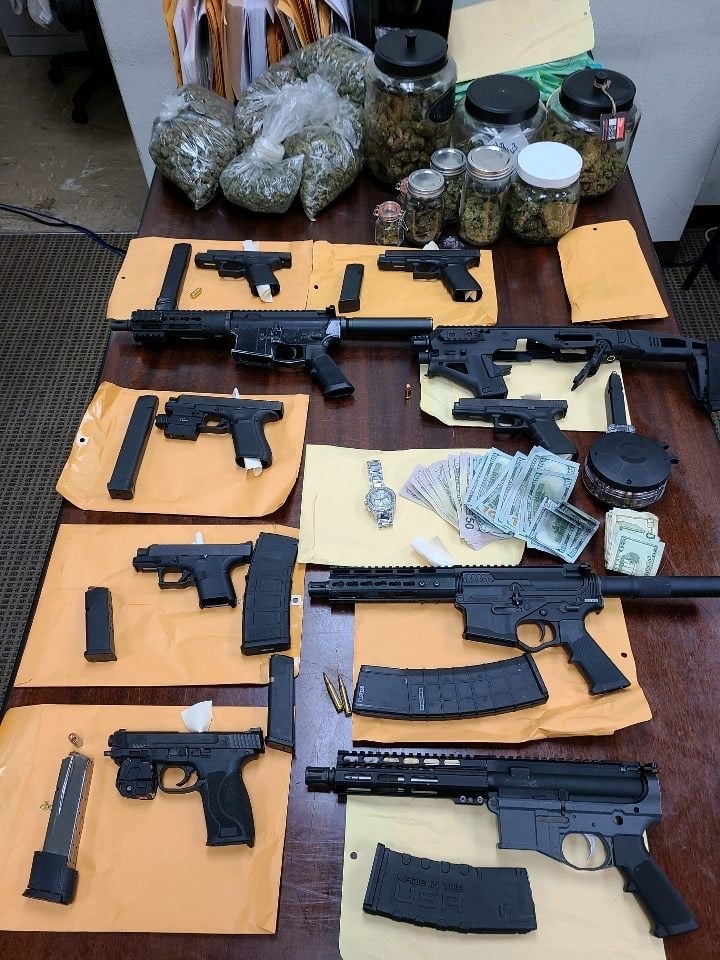 Numerous firearms, drugs, and several people are in custody after a month-long investigation by OPD’s Robbery Division and Intelligence Unit. OPD located the robbery suspects at an online home rental in South San Francisco. Investigators recovered more than $14,000, drugs, nine firearms, and a modified device that allows a pistol to convert to an assault weapon. The suspects stole cash, wallets, and other personal property from victims all over Oakland. Eight people were taken into custody in connection to the crime ring.

OPD’s recovered more than 600 firearms connected to crimes this year, a 23% increase over last year. #OPDCARES

were these the guys robbing the walgreen’s on el camino in ssf?

oakland? the law of averages, would
have been ice if they would.have
included mug shots, but let me take
a guess? sure hope they weren’t
native ssf’s