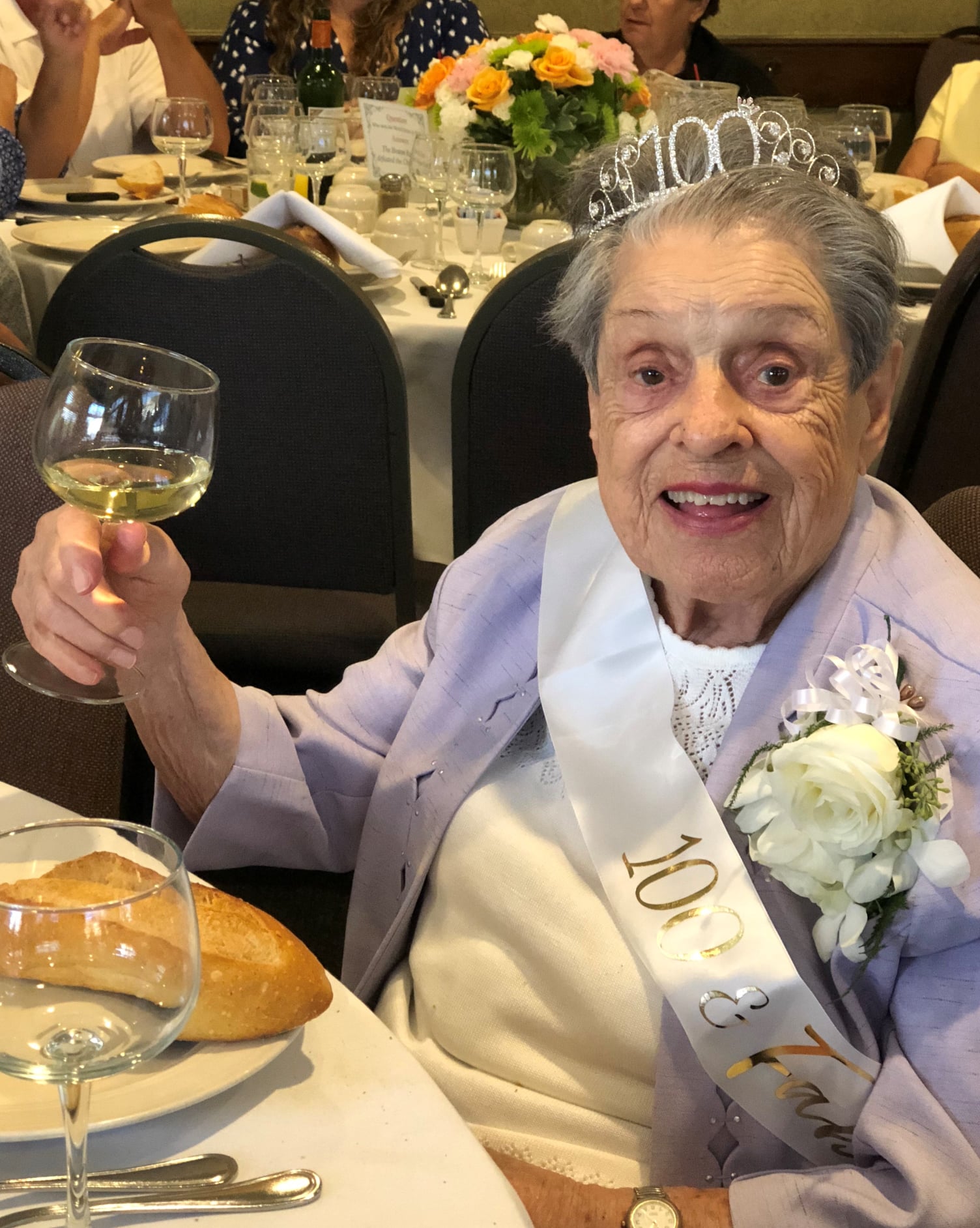 She had a good run! 102!  Such a big influence on my life. I’m glad she is at peace and can be reunited with all of her family.  I will miss my aunt.

On the morning of October 1, 2020, Evelyn Martin peacefully passed away in her hometown of South San Francisco. She was born on July 20, 1918, the eldest child of Antonio and Maria Martins. 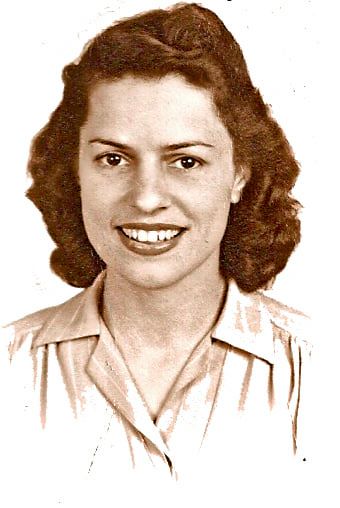 A native of South San Francisco, Evelyn enjoyed her childhood and was very proud of her Portuguese heritage. As one of the 17 founding families of the Santo Cristo Hall in South City, she remained involved with the organization her entire life. In school she excelled at studies, remained close to her fellow SSF high school graduates from the Class of 1937, and had annual reunions throughout their lifetime.

After high school, she was a hat and glove model at JCPenney’s on Grand Avenue and enjoyed a summer job as a nanny for the San Francisco Salinger family where she watched Pierre Salinger (future White House Press Secretary). She also babysat Jackie Speier who went on to be a California Congresswoman.

At age 24, she started her career at the Marine Magnesium Plant filling bottles. 43 years later, she retired as an executive secretary for 3 Vice Presidents for the company that would be known as Merck & Co. While working 6 days a week for Merck, she also found time in her 50’s to go to San Francisco State University to get her bachelor’s degree. She was an avid historian, worked with the South San Francisco Historical Society, and was involved in the transition of the Plymire-Schwartz House as the main museum.

An independent woman, she loved to travel and explore the world with her good friend Val Grassi. Evelyn was South San Francisco through and through and has left a legacy that will be enjoyed by many for years to come.

Thank you to Westborough Royale staff for their diligent care of Evelyn during her last few years. She always considered it her second home.

In lieu of flowers, donations may be made to The South San Francisco Historical Society or to the Plymire-Schwartz House Museum.

In July 2018, as Evelyn was turning 100, we had the privilege to share more of her incredible life story.