The fire grew to four alarms very quickly due to the hot, dry and windy conditions. Police and fire immediately requested countywide mutual aid to assist with fighting the fire and evacuating homes above the fire. Numerous residents were displaced for several hours while the fire was being contained. Cal Fire utilized helicopters and an aerial firefighting tanker to assist in fighting the fire.

The fire was contained after several hours, and due to the extraordinary efforts of all agencies involved there were no injuries reported and no structures lost.

The results of the police investigation will be turned over to the South San Francisco Fire Marshall who will conduct a complete investigation and provide his determinations at a later time. The juveniles were released to family members pending the completion of the investigation. 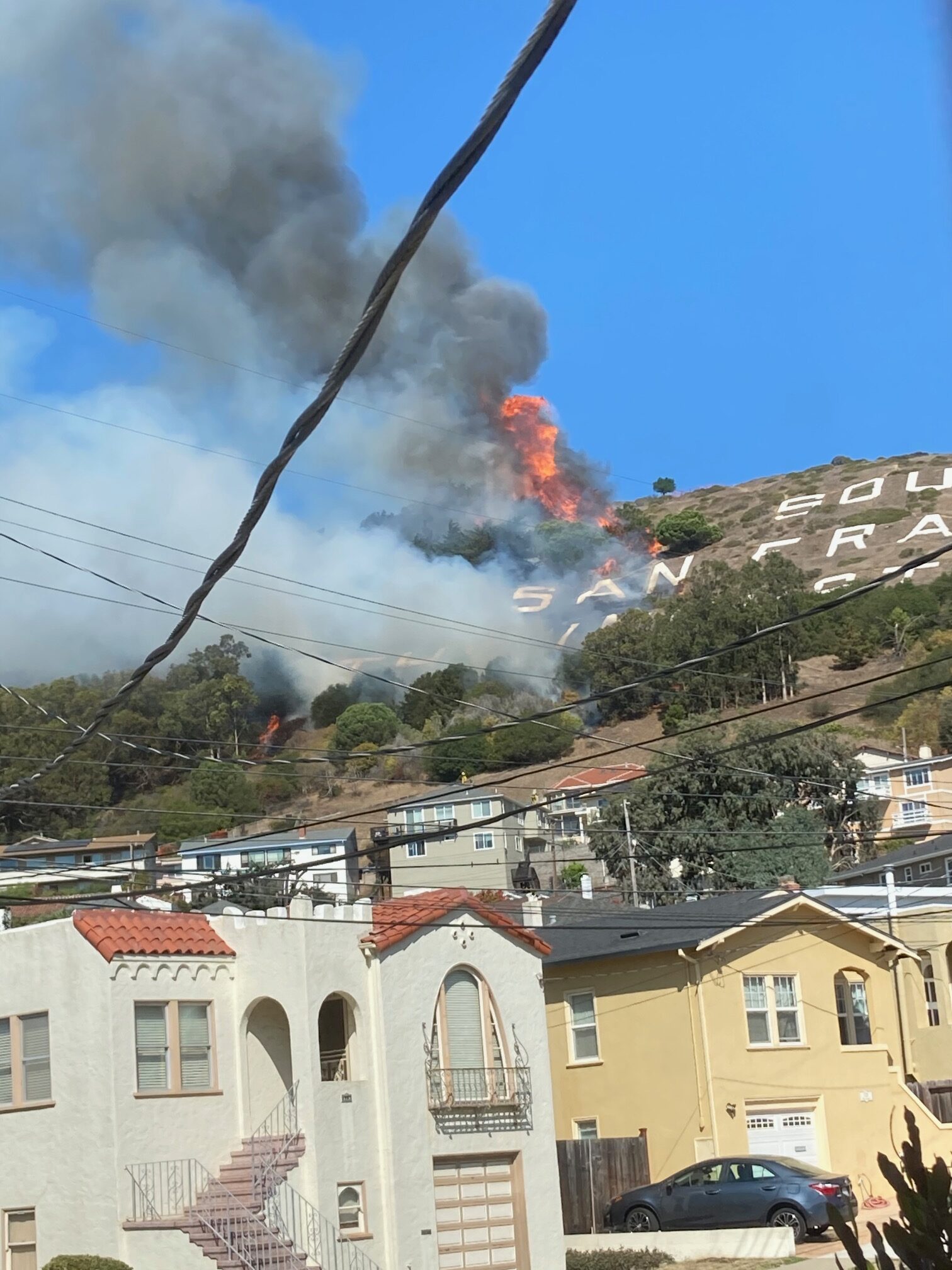 Make the two juvies clean it up, that should take awhile…they will walk like billy goats by the time they are done.

released them? should have barbecued
the pos’s, or at the least, thrown them
back into the fire