Review of A Little Night Music 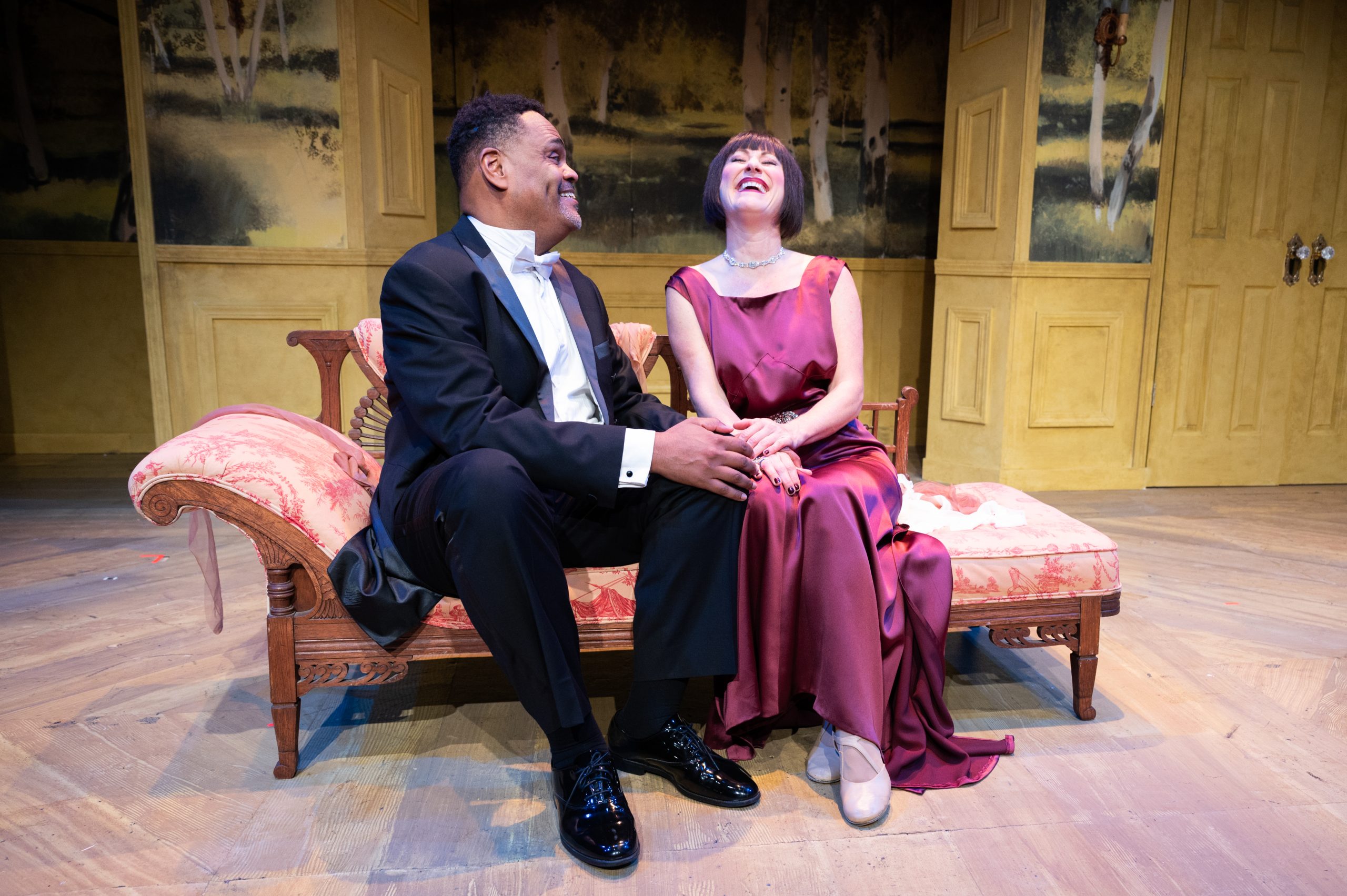 Martin Bell as Fredrik and Alison Ewing as Desiree

By the time he wrote A Little Night Music, Stephen Sondheim was eight musicals into his career and comfortable making things difficult for his companies.

A Little Night Music is chock full of counterpoints, multipart asynchronous harmonies, and hits notes that make it a favorite not just got classical theatre groups, but also for regional opera companies. It’s a demanding show for its performers.

When American Conservatory Theatre presented the musical in 2015, it did an admirable, if workmanlike job in its large Geary Street Theatre. If the star company of San Francisco theatre could barely pull it off, how would a smaller company in a smaller theater do?

Quite well, actually. 42nd Street Moon’s production of A Little Night Music opened this past weekend at the Gateway Theatre and succeeds by matching the proper talent to Sondheim’s spectacle. The show plays five nights a week until Nov. 21.

A musical comedy about infidelity, regret, and ultimately finding what you want, A Little Night Music starts out with exposition-heavy introspective singing — you wanted complicated Sondheim with counterpoint? Look no further than the early-on “Soon/Later/Now,” where three different songs converge into one. The musical then evolves into a whimsical farce, complete with light scheming and fun repartee. The cast, which reflects the Bay Area’s theatrical heritage, if not necessarily that of early 1900s Sweden (where the musical is set), is fully up to the task — as is the costuming and set design.

A Little Night Music is very much a female-led show, and the women in charge of this production shine. Samantha Rose Cardenas’ Anne may not at first strike one as the 18-year-old trophy wife she plays, but has both the vocal range and alternatively flighty, fearful, and loving personality to own the role.

Any performer playing Desiree in a production of A Little Night Music better nail “Send in the Clowns,” and Alison Ewing does just that, presenting the necessary regret in Sondheim’s song— but also the self-reproach needed elsewhere in the role of a theatre actress that has seen better days and made spotty decisions.

There’s not a dud in the whole cast, and while one might have fleeting initial thoughts about chemistry between performers, they’re gone by the end. Katrina Lauren McGraw’s Charlotte is excellent in a role that is pivotal, if smaller than the leads. Trixie Abella (Petra) and Martin Bell (Fredrik) also have their times to shine, vocally.

The Gateway is a smaller theater, in both stage and audience size, but director Brandon Jackson uses every bit of it well, both to simulate various parts of a sprawling turn-of-century Swedish estate and to accommodate Allison Paraiso-Silicani’s choreography. From the opening number, and especially in the first-act closing “A Weekend in the Country,” no space is wasted. Yet private moments between two characters, such as the preceding “”Every Day a Little Death” and the musical’s most-famous number, “Send in the Clowns,” still feel intimate.

The facility has been completely refurbished since the last time I saw a show there (2018’s revival of “Pricilla, Queen of the Desert” by Theatre Rhinoceros) and is easy to access by both car and public transportation from South San Francisco.

Disclaimer: Everything South City was provided complimentary tickets by the production company in exchange for this review. The observations and reactions in this review are the author’s own and have not been dictated or directed by any other party.

Wow – this is a great review – haven’t been to that little theater in years. It’s such a beautiful area of the city there.