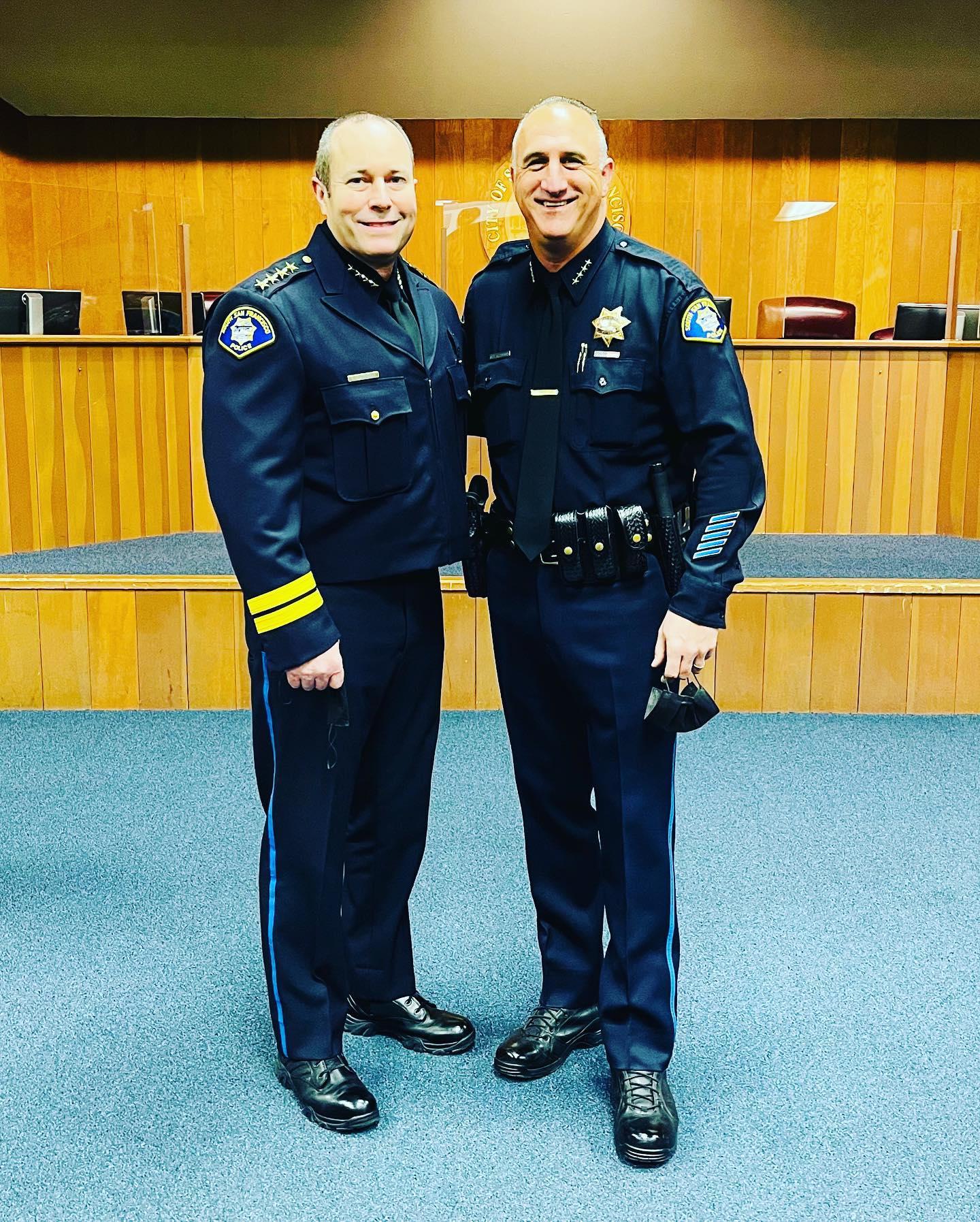 Scott Campbell has been with the South San Francisco Police Department since 1998. Prior to his appointment as Police Chief, he was assigned as the Commander of the Investigations Division which encompasses the Criminal Investigations Bureau, Neighborhood Response Team and our Task Force Officers. Throughout his career he has served in a variety of roles, including Field Training Officer, S.W.A.T. Team Leader, Patrol Sergeant, Detective Sergeant, Planning Liaison and Crime Prevention Sergeant, and Patrol Watch Commander. Campbell has been a member of the North Central Regional S.W.A.T. team since 2001 and is assigned as a Team Commander. Campbell holds a Master’s Degree in Organizational Leadership, a Bachelor’s Degree in Criminal Justice Management, an Associate’s Degree in Administration of Justice and is a graduate of the POST Supervisory Leadership Institute.

We thank our outgoing Chief Azzopardi for his decades of dedicated service and wish him the best of health and enjoyment in his retirement.