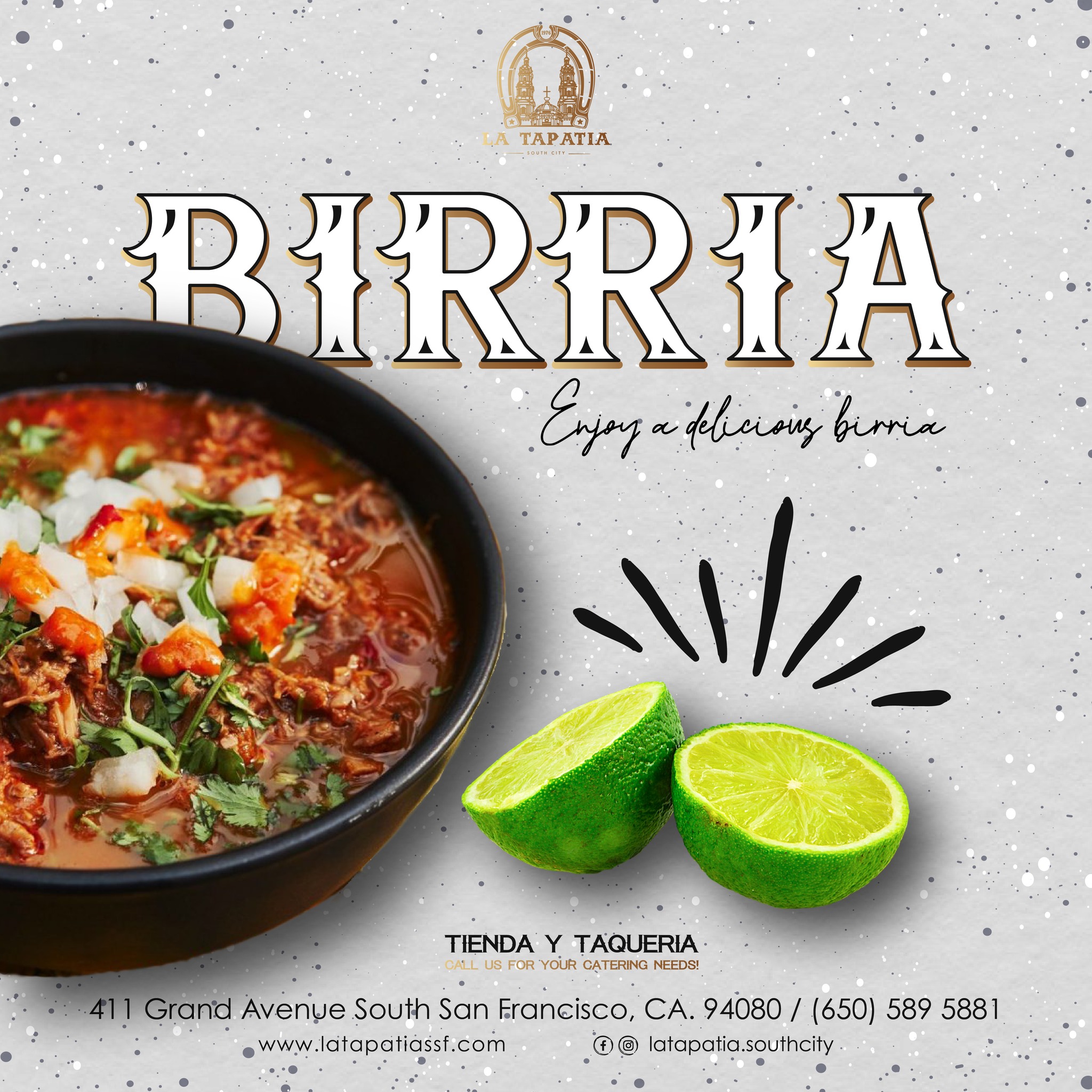 La Tapatia was established in South San Francisco in 1976 by Eduardo Haro and Humberto Campos.  The business was primarily open as a tortilla factory to supply tortillas to restaurants and other stores.  However, a small storefront was included to sell their tortillas, along with other Mexican food products to the general public.  This was one of the first Mexican stores of its kind to open in the downtown area of South San Francisco, along Grand Avenue.
Through out the years, the storefront has expanded and added a small taqueria.  In 1987, La Tapatia stop mass producing tortillas and concentrated their efforts in expanding the taqueria.  The taqueria became so successful that the store  included the service of catering food for large orders and companies.
Along with their freshly made corn tortillas, La Tapatia prepares fresh Mexican foods every day like burritos, tacos, tamales, nachos, and quesadillas.  Also prepared daily are other food items like carnitas, roasted chicken, a variety of salsas, and guacamole to name a few.  The store also offers its customers various imported Latin American food goods.

La Tapatia is the best place for a burrito. I’ve gone to many burrito joints throughout the peninsula and have yet to find one who can beat them in regards to taste and size of these things.