On Thursday morning, August 29, 2013 at just before 10 a.m. a 52-year old Berkeley woman was accosted and robbed by a male subject, as she walked along Centennial Trail, located between South Maple Avenue in San Bruno and South Spruce Avenue in South San Francisco.

The suspect, identified as 18-year old Bernardo Arteaga of South San Francisco, grabbed the victim from behind and put his hand over her mouth. The suspect then grabbed her purse from her shoulder, which knocked her to the ground and caused her to strike her head. The victim struggled with the suspect, but he was able to force her purse from her by breaking both purse straps. The suspect then fled the trail on foot, entered a nearby vehicle and drove away.

A witness was able to describe the suspect and vehicle. San Bruno Police located the vehicle and conducted a traffic stop in South San Francisco. The victim’s purse was located inside the suspect’s vehicle.

Arrested was: 18 year old South City resident Bernardo Lopez Arteaga who is employed as a car wash attendant and is being held in SM Co Jail on $100,000.00 Bail 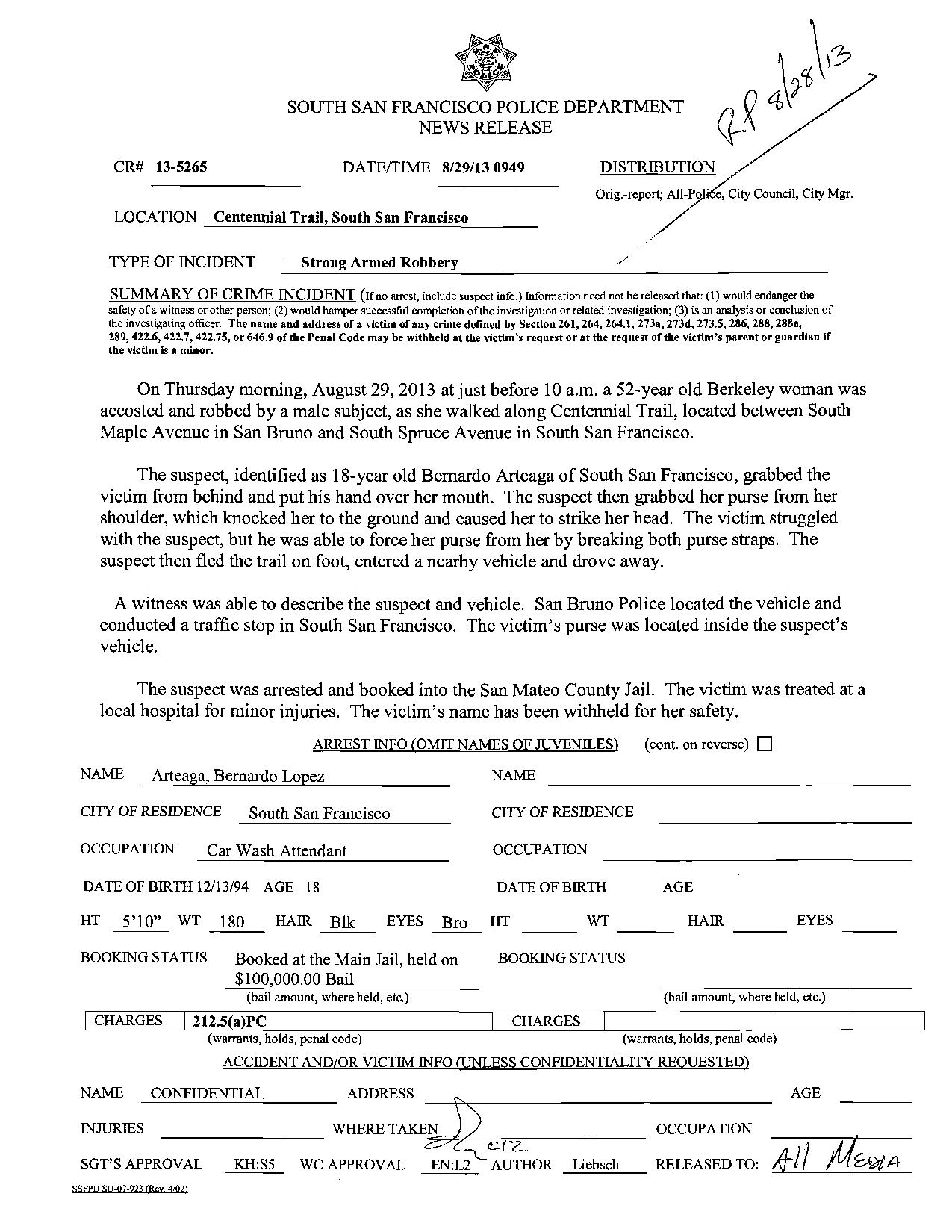