World War I – known at the time as “The Great War” – officially ended when the Treaty of Versailles was signed on June 28, 1919, in the Palace of Versailles outside the town of Versailles, France. However, fighting ceased seven months earlier when an armistice, or temporary cessation of hostilities, between the Allied nations and Germany went into effect on the eleventh hour of the eleventh day of the eleventh month. For that reason, November 11, 1918, is generally regarded as the end of “the war to end all wars.”

On Veteran’s Day, let us honor and remember our local boys who served in World War II. We can imagine it was painful enough to send off one son to serve, but can you imagine sending off two or more? Here is just a sampling of brothers who went off to war together.
Thanks to “The Enterprise – Victory Edition” September 19, 1945 for the photos and information! “Clarence and Oliver Gagliani were two more brothers that left their South San Francisco home for the War!” adds Diane Gagliani

Brothers Fred Hjerpe (left) and Bernard Hjerpe, Jr. (right) Their father, Bernard Hjerpe, Sr., and his two sons all served under General Douglas MacArthur. Bernard Sr. served with the famed Rainbow Division in World War I when MacArthur was a brigadier general in France. His sons, both in the Army Air Corps, served under MacArthur in World War II. Fred was a gunner and radio man who took part in many major missions on a B-24 in the Pacific. “Buddy” was also in the Pacific and was on Okinawa. 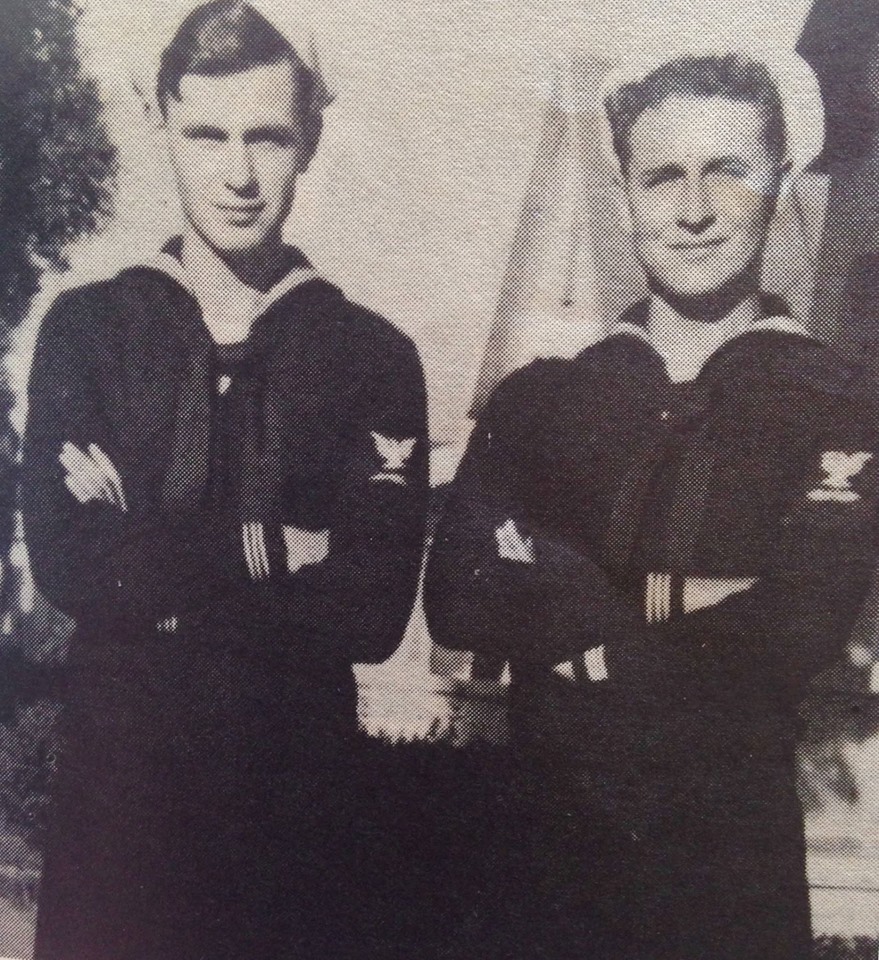 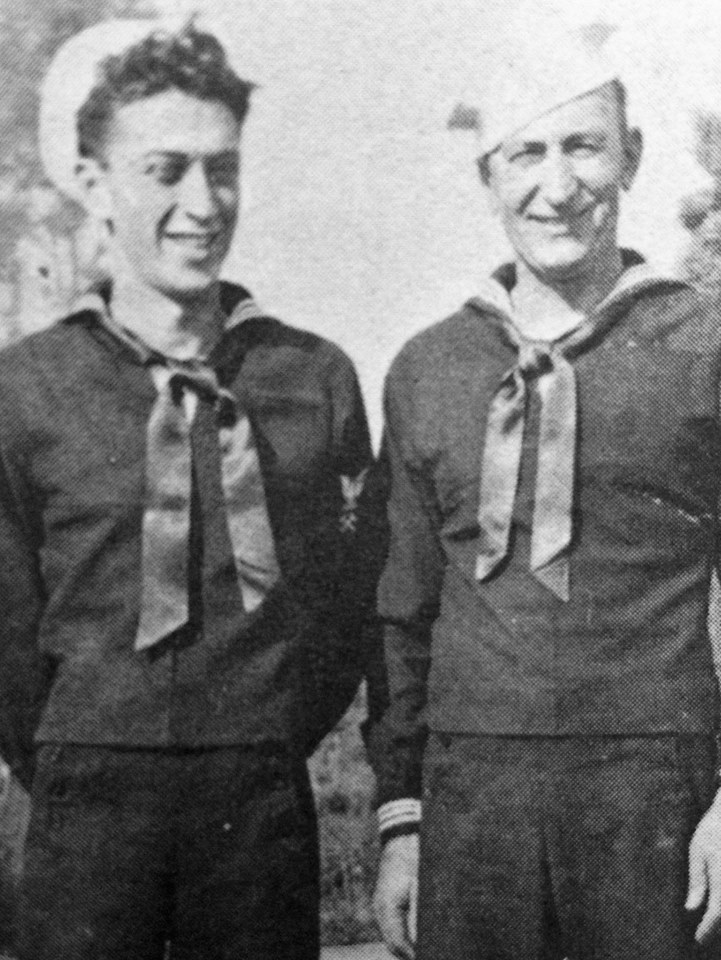 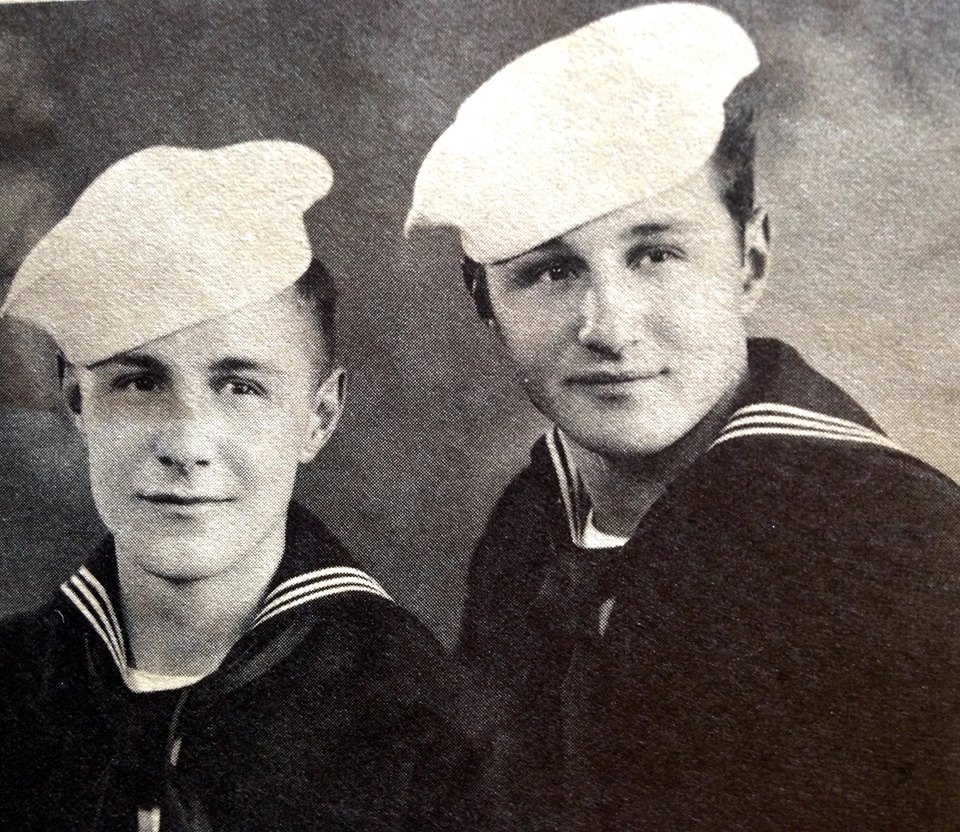 Norman and Evo Pistoni
(sons of Mr. & Mrs. Frank Pistoni)
Norman was on the USNR while Evo was in the U.S. Coast Guard. Norman was serving in the South Pacific and Evo was stationed at Bolinas Bay. 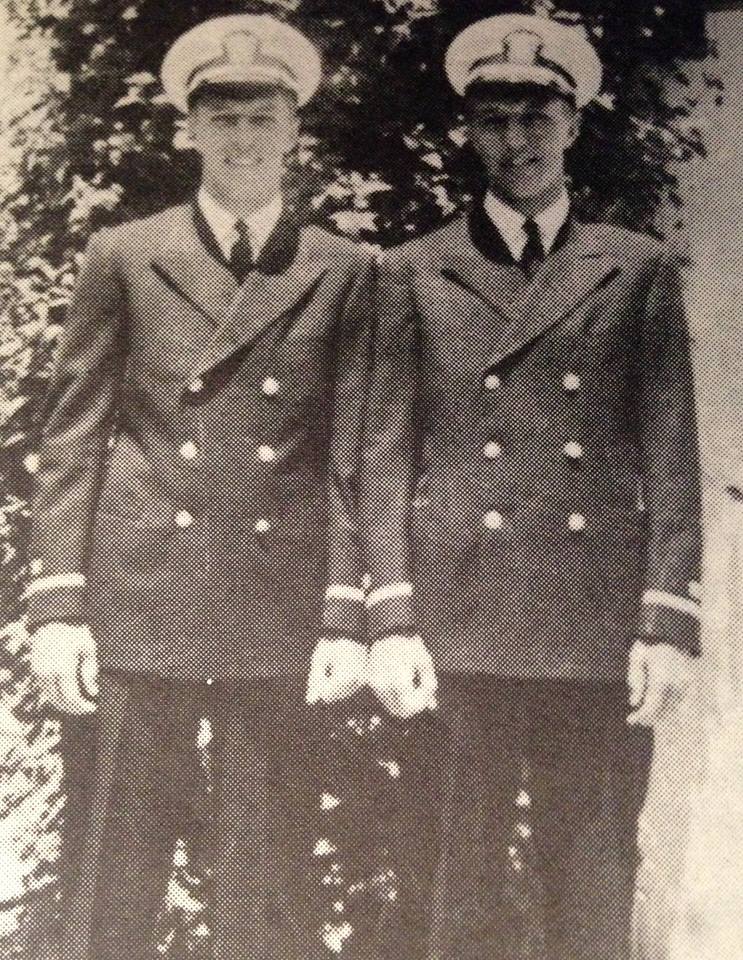 Brothers Richard and Robert Lautze
Both lieutenants in the Navy. They served for more than two years in various Pacific outposts. 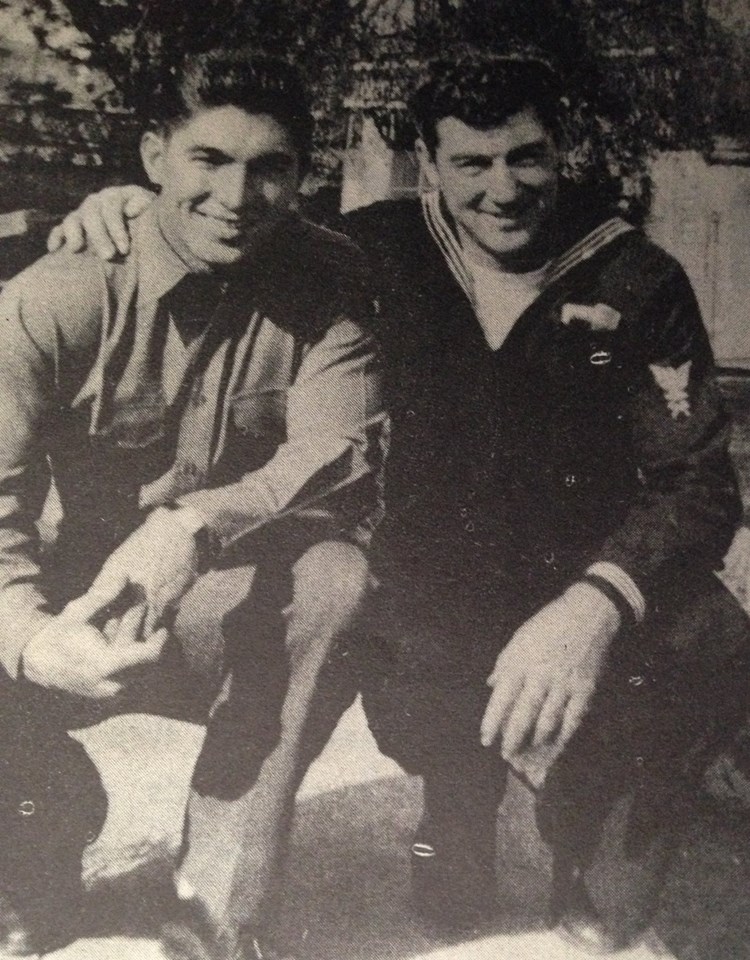 Brothers Dick and Ted Jennings
Although Dick was in the Army and Ted a Navy man, the two boys were both based near Honolulu.

While we cannot place the names to all those from South San Francisco who have served our country in the Military, we are thankful for those who provide names in our comment section. Please feel free to add yours.

In addition we also remember US Marine Jeff Galaviz who would have turned 36 years old today. Sadly he lost his battle with cancer a year ago and left us on October 4, 2014. Galaviz continued serving others as a Police Officer with the Oakland and Richmond Police Departments after his honorable discharge. He leaves behind his wife and two young children. A memorial bench has been established in his honor at Pillar Point in Half Moon Bay.

US Marine Vet Jeff Galaviz with his wife and 2 children lost his battle with cancer at the age of 34. 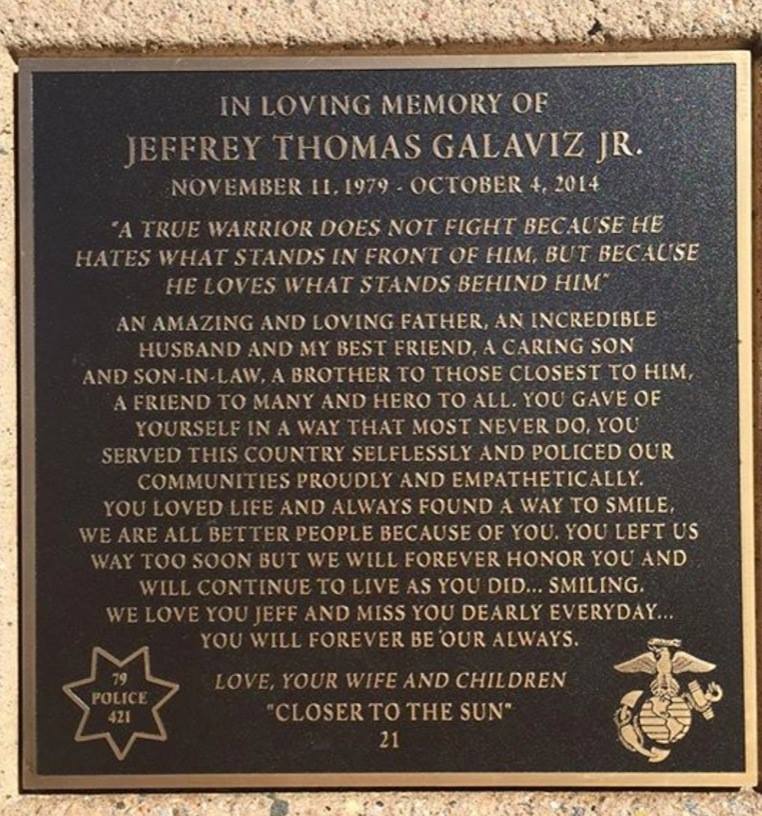 A Memorial Bench dedicated to Jeff Galaviz sits at Pillar Point in Half Moon Bay with this inscription. Thank you for your service Sir.

1 comment for “SSF Remembers Our Vets on Veterans Day 2015”