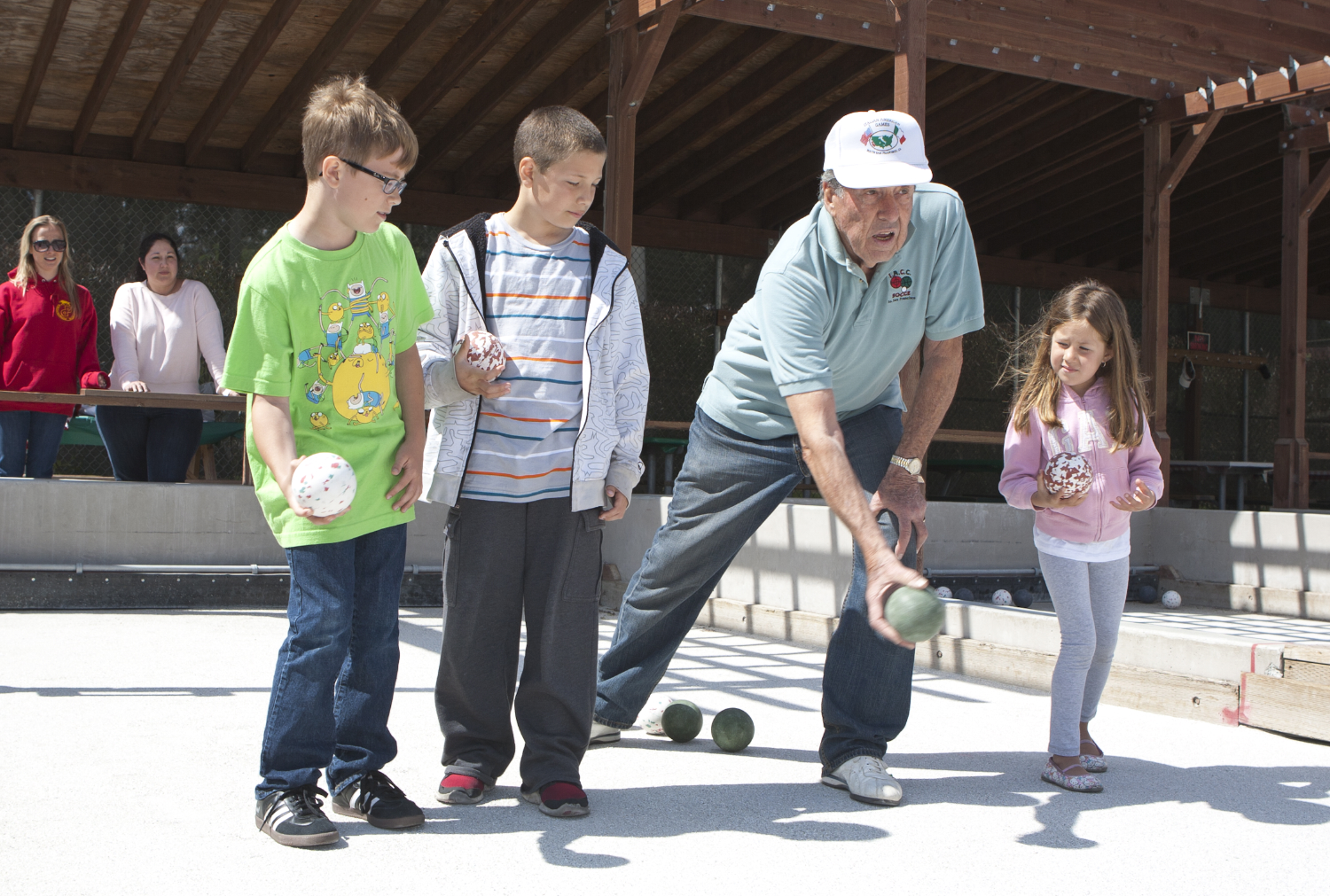 Italian American Citizens Club with SSF Park and Recreation Dept. are offering FREE Bocce lessons 10:00 am and 6:30 pm each Thursday in April, 2016, at Orange Ave. park Bocce Courts.
(behind the swimming pool, across parking lot, next to tennis courts).

The courts are owned by the city, and operated by the South San Francisco Italian American Citizen’s Club, a co-sponsored group of the Parks and Recreation Department. The Club also sponsors several tournaments and league play at this location throughout the year. For more information, please call (650) 829-3800.

Court Hours:
The courts are open to the public, Monday through Saturday from 1 p.m. – 4 p.m.

Do you offer free lessons in October 2019?