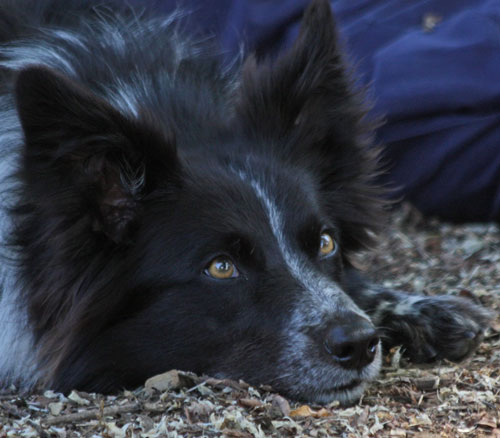 Our hearts go out to SSF Tom Carney on the passing of his/our beloved Gypsy who crossed the rainbow bridge Sunday with Tom by his side. Most of us know Gypsy from all the wonderful presentations in which she was featured and Tom’s continued love, patience and dedication in training her to be an amazing search & rescue dog for our SSFFD, City & beyond. Tom, thank you for sharing her with us all, and for all you brought to us through her.

We share this story on our social media & below we recount the words from our neighbors who mourn this loss while they offer condolences to Tom Carney. This story below, Gypsy’s Story, is a rebroadcast from the National Disaster Search Dog Foundation. Photo credits go to them as well.

‘Gypsy’s Story
Gypsy, an energetic Border Collie, was donated by SDF Canine Handler Deresa Teller when she was two months old. Just to look at her, you could see the boundless energy she possessed from her perky ears to her bushy tail. Gypsy was placed in the loving prep home of the Ayub family, where she was cared for and taught basic commands, obedience, and socializations skills.
“Amazing…she’s such a lover,” is how Stacey, Bill, Braeden, Blake, and Brittany Ayub described Gypsy, who came to live with them at eight weeks old. Talk about a fast learner! By ten weeks she had learned voice and hand commands such as sit, stay, down, and more. At twelve weeks, she was heeling without a leash. Stacey enjoyed taking Gypsy everywhere she went. Gypsy was very social from the start and enjoyed showing off her skills. She was very curious, yet disciplined.

When she was still a pup, Gypsy participated in her first school presentation aimed at educating children about the Search Dog Foundation. She also made many visits to senior care homes, where she was so gentle and kind. She brought smiles to many faces. Stacey recalls thinking how much Gypsy enjoyed socializing, but knew Gypsy’s heart was focused on work and that she would make an outstanding Search Dog.

Gypsy went off to Search Dog training at ten months knowing over 35 commands, filled with energy. She arrived at Sundowners Kennel in April of 2004, ready to begin her formal training as a Search Dog. She successfully completed her training and was given her official assignment at the South San Francisco Fire Department, where she was teamed with Fire Safety Inspector Tom Carney.

Tom and Gypsy’s partnership was a learning experience for both. This was Tom’s first pairing with a Search Dog and their work proved to be demanding, challenging and most of all, rewarding.
It took some time for Gypsy to become acclimated to her new environment. Tom, eager to get started, saw how vital it was to make Gypsy feel comfortable in her new home and job and worked closely with her to build a strong relationship. Over the months, Tom realized how important ongoing involvement and training was to Gypsy’s continued growth and well-being as a Search Dog.
Tom often remarked on how smart Gypsy was and how quickly she learned. Tom made it a point to say that although he continually worked at teaching Gypsy new skills, he also learned from her. He listened and watched her closely so that he could better understand her needs and responses. He cited an example of when they first started working together. Tom was giving an incorrect command, yet Gypsy responded with the right one! He said he realized then how “forgiving” she is and how important it was for them to communicate and understand each other.

In addition to keeping their rescue skills sharp and conducting numerous inspections each day, Tom and Gypsy were very involved in their community. The two spent numerous hours spreading the safety awareness message as well as educating the public on the importance of the Search Dog program.

In January of 2006, Gypsy was generously sponsored by Danielle Boulet, and in March of the same year they achieved advanced FEMA Certification, allowing them to deploy within the United States when disasters strike. Tom and Gypsy re-Certified in June of 2011 and again in February 2014, and were always prepared to respond to disasters.

Gypsy went on the following deployments:

In February of 2015, Tom was paired with SDF Search Dog Allie. Tom, Gypsy and Allie trained together and Gypsy was expected to retire at the end of her FEMA certification in February 2017. Together, Gypsy, Tom and Allie continued to spread the message of fire safety and prevention in the hopes of making our communities safer places to live.

Sadly, Gypsy’s health took a turn for the worst and on December 11, 2016, she crossed the Rainbow Bridge with Tom at her side. 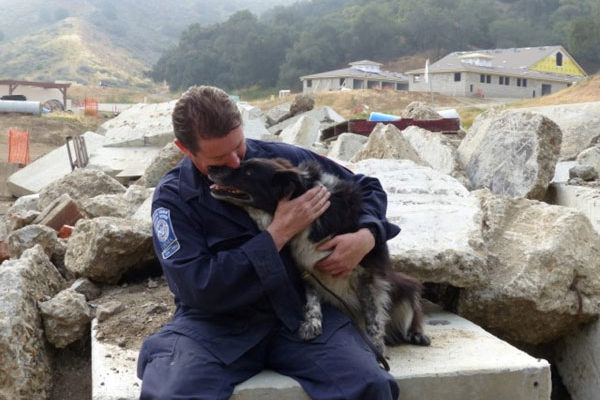 Following their last weekend together, Tom shared,
“Gypsy was the best dog anyone could ask for. I will cherish all the great memories we’ve had together; many trips to the lake, taking shot gun to and from work, many searches and finds, how she took to my son and accepted him when she was the only ‘child’ I had for years before he came along, most importantly how she’s always made me a proud dog owner and a better person.” 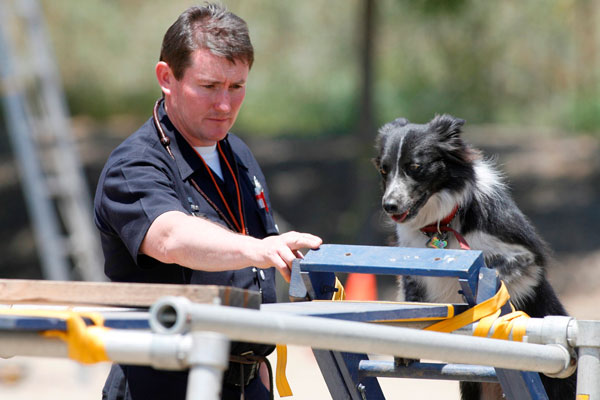 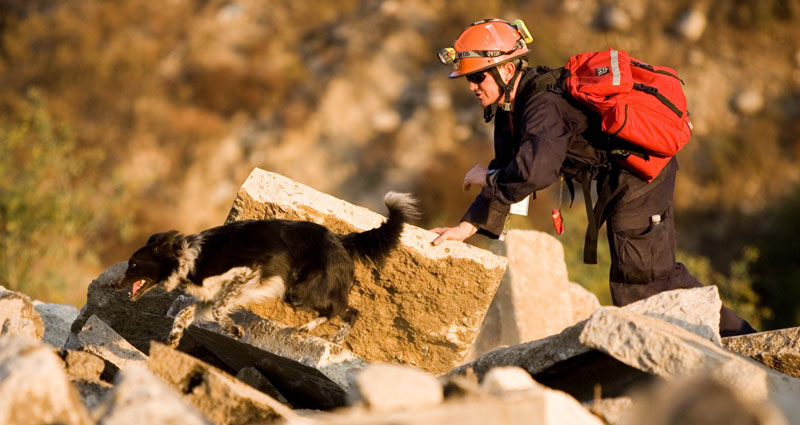 Over 200 hundred residents expressed sadness at this news on our social media and we share some of the comments below. Everything South City has also received numerous messages and emails asking what the community can do to honor Gypsy’s life and memorializing her passing. We will update with any information that becomes available in due time. Cards of sympathy can be sent to Tom Carney at the attention of SSF Fire Administration 480 North Canal, SSF 94080.

Stella Miranda My families deepest condolences to Tom Carney and the So. City Fire Department. Gypsy was truly amazing and a one of a kind.Every year during NPNSC holiday program we got to be with Gypsy and a few times we were able to see her amazing search and rescue techniques.? Rest in peace Gypsy.

Joni Cerquettini I had the privilege of meeting Gypsy and Tom at the vets office this year. What a great pair these two were! So sorry to hear of Gypsys passing. My condolences Tom..clearly…she loved you very much, and you her.❤

Nanci Brignoli Nagel So sorry to hear this sad news. My heart goes out to Tom.

Monica Burke We send our love. Gypsy was a wonderful friend to the children in So City,. Everyone was excited to see both of you.

Lauren Gee Sending hugs and love to Tom and Allie. Thank you Gypsy for your dedication, service and love to many.

Ivana Cademartori Iacolino So sorry for your loss.

Amanda Blanco No 🙁 I remember meeting her at the fire station. You will never be forgotten Gypsy I love you

Matthew Klein So very sorry for the loss of your lived one. Hugs and prayers for you and yours. ?

Heidi Marie Hermone My condolences to you Tom Carney, Gypsy will sorely be missed

Kelli Jo Henderson Cullinan My thoughts are with you Tom and your family. I am sure Gypsy is running and enjoying Dog Heaven.

Joe Kielian What a great dog Gypsy was , Cheers to a working dog that helped people.

Kevin Mullin We’re so sorry for your loss Tom

Veronica Ronnie Ortega Ordonez RIP Gypsy. Tom brought her out and did a demo at the Grand ave Library when my kids were little, and I remember her at Day in the Park events.

[…] 3 (CA-TF3), has responded to 10 search and rescue missions with his certified trained search dogs, Gypsy and Allie. Attending today’s ceremony Tom said, “ It’s important for the City to highlight […]