Movie Night In the Park
Friday, June 16th, 8:00 p.m.
Join us on our first movie night in the park on Friday, June 16 for a free screening of Universal Pictures, Sing! There will be karaoke at 6:30 p.m. followed by the movie starting at sundown. Summer Movie Night Series will be held at Orange Memorial Park, on the field behind the Joseph A. Fernekes Recreation Building. There will be a concession stand available with snacks and beverages by the Friends of the Parks and Recreation. Our next screening will be Disney’s Moana on Friday, July 21 including a Hawaiian & Tahitian dance performance at 6:30 p.m, followed by the film screening at sundown.\ 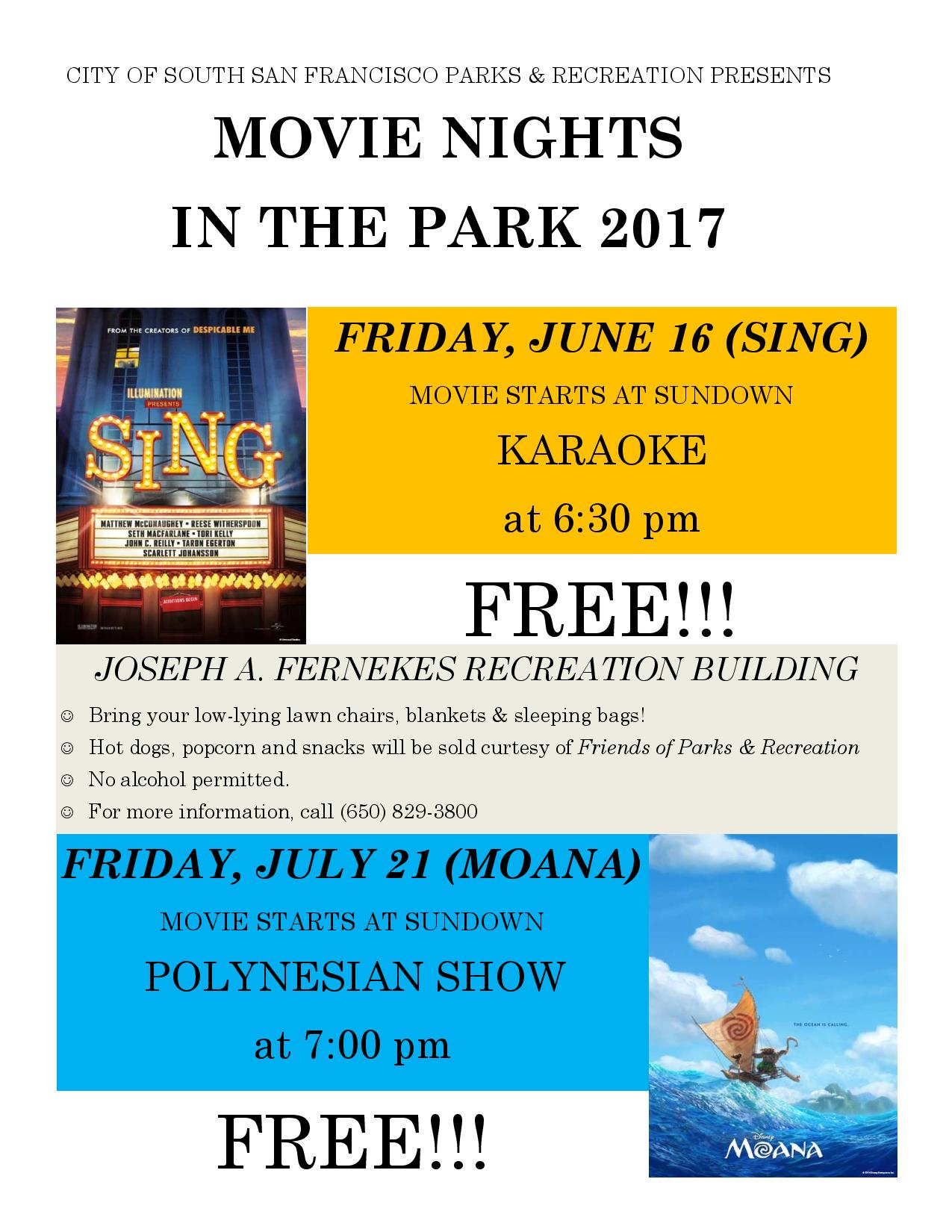 ← Laura Michaelis is our Father’s Day GAME ON Winner!
HEALTH & FITNESS by GINA ALIOTTI: Summer Squat Challenge Starts June 21st, are you in? →