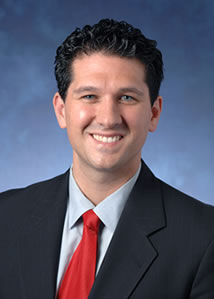 Shopping in the 21st century is rapidly changing as more and more people discard the malls for the ease of buying online — often from complete strangers.

These exchanges, however, can be fraught with danger and lead to harm or even death.

As buying online is becoming the new norm, it will take 21st-century thinking to protect consumers from potential risk.

Fortunately, a concept known as an “Internet Safe Exchange Zone” will be implemented in San Mateo County this week under the leadership of Sheriff Carlos Bolanos. It’s a cost-effective strategy toward keeping our community safe and potentially save lives.

The exchange zone will be located at the Maple Street Correctional Center in Redwood City, one of the safest buildings in the Peninsula. The new state-of-the-art jail has 24-hour video surveillance, has a heavy law enforcement presence and is across the street from the Redwood City Police Department.

San Mateo County will be one of the first in the state to implement the exchange zone and follows Daly City, which established its zone last year at City Hall directly in front of the police station.

Daly City police Capt. Patrick Hensley will tell you the zone is a positive feature for the city as more and more commerce takes place online. He will also tell you that “Craigslist” robberies still occur in the city but not at the zone.

One evening last month, for instance, a seller agreed to meet a buyer at a Daly City gas station and was then robbed by knifepoint for thousands of dollars worth of laptops and smartphones.

Hensley said the seller was aware of the city’s safe exchange zone but agreed to meet the buyer at the gas station anyway.

The victim fortunately was not physically harmed.

Ikenna advertised a PlayStation 4 for sale on multiple online platforms including Craigslist and Instagram.

The Daly City resident agreed to meet a potential buyer in San Francisco and drove to a Hunters Point park with his girlfriend to make the exchange.

It would be the last exchange he would ever make.

The buyer allegedly tried to steal the gaming console from out of Ikenna’s vehicle and, when unsuccessful, shot him at point blank range with his girlfriend by his side. He died later from his wounds at a hospital.

His death was a tragedy but it is my sincerest hope that it will one day save lives as San Mateo County takes a strong step toward ending crimes related to online commerce.

Exchange zones are not a guarantee for a safe transaction but it sure increases the odds.

The Clovis Police Department was one of the first in California to establish the zone and the officer who oversaw it said crime related to online buys virtually vanished in the Fresno suburb after implementation.

The zones are essentially two parking spaces with signs indicating they are set aside for exchanges that feature 24/7 video surveillance. The cost is minimal. In fact, the exchange zone may prove to be one of the least expensive life-saving tools in the county’s belt.

My hope is that all 20 cities in the county establish such zones and the sooner the better. With San Mateo County being the first in the Bay Area to adopt the zone, my hope too is that our neighboring counties will follow our lead.

Other police departments in California have recognized the need for exchange zones including Fontana, Buena Park, Danville and Fremont. Just last month, the Calaveras County Sheriff’s Office launched a “Safe Trading Zone” for people who want to buy or sell items but are worried about their safety.

These agencies are using 21st-century thinking to solve a 21st-century dilemma — how to keep online buying safe when dealing with perfect strangers.

I would like to thank Sheriff Bolanos for partnering with my office to implement the exchange zone and encourage anyone about to buy or sell an item online to conduct the transaction at either the police department in Daly City or the Maple Street Correctional Center in Redwood City starting July 6.

Shopping should be fun not a pain.

David J. Canepa is the San Mateo County supervisor representing District 5 and the former mayor of