EDITORS NOTE: San Bruno resident and Community Leader, Robert Reichel, has contacted us with important information regarding the newly redrawn FEMA Flood Zone Map which indicates areas of both San Bruno and South San Francisco having neighborhoods within the flood zone. Mr. Reichel, who is also the Patch Mayor of San Bruno, is following up on this issue and has asked we also make our residents aware of this situation. Properties within the FEMA Flood Zone will have to purchase flood insurance which can be quite costly unless there are resolutions to this potential problem.

I am writing this letter as an individual.

As I believe you are aware, FEMA is in the process of finalizing a Flood Zone Map that will designate portions of South San Francisco as well as parts of San Bruno as being in this Flood Zone and therefore requiring most property owners to buy Flood Insurance.  Our property is expected to be included in this San Bruno Flood Zone.

As I believe you are also aware, South San Francisco and San Bruno hired a consultant who presented to FEMA different flooding conclusions on the effect of possible sea level raise and heavy rains on flooding in South San Francisco and San Bruno BUT FEMA refused to discuss or accept the consultant’s findings and added additional criteria after its initial discussions without notifying San Bruno.

Thank you for your assistance with this FEMA Flood Zone concern. 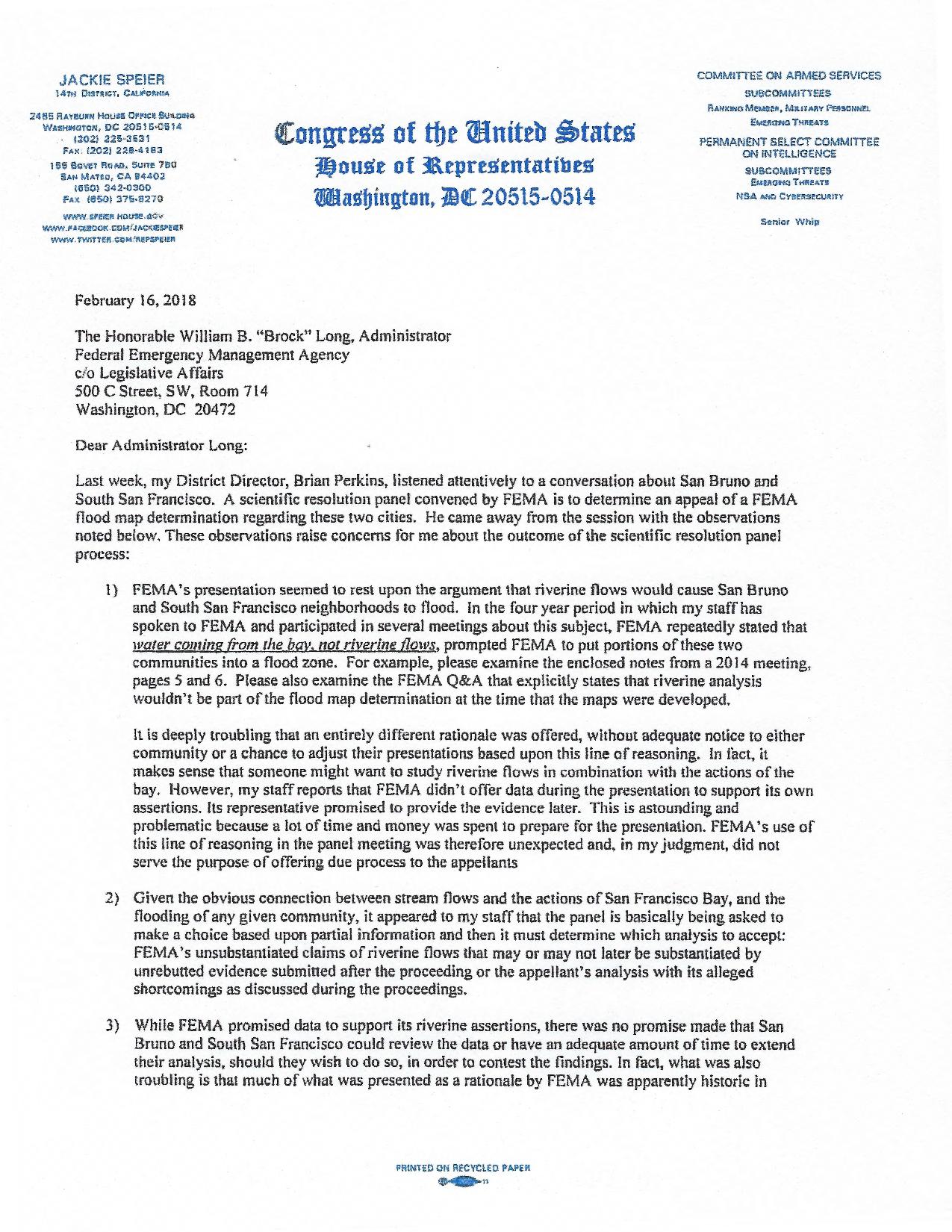 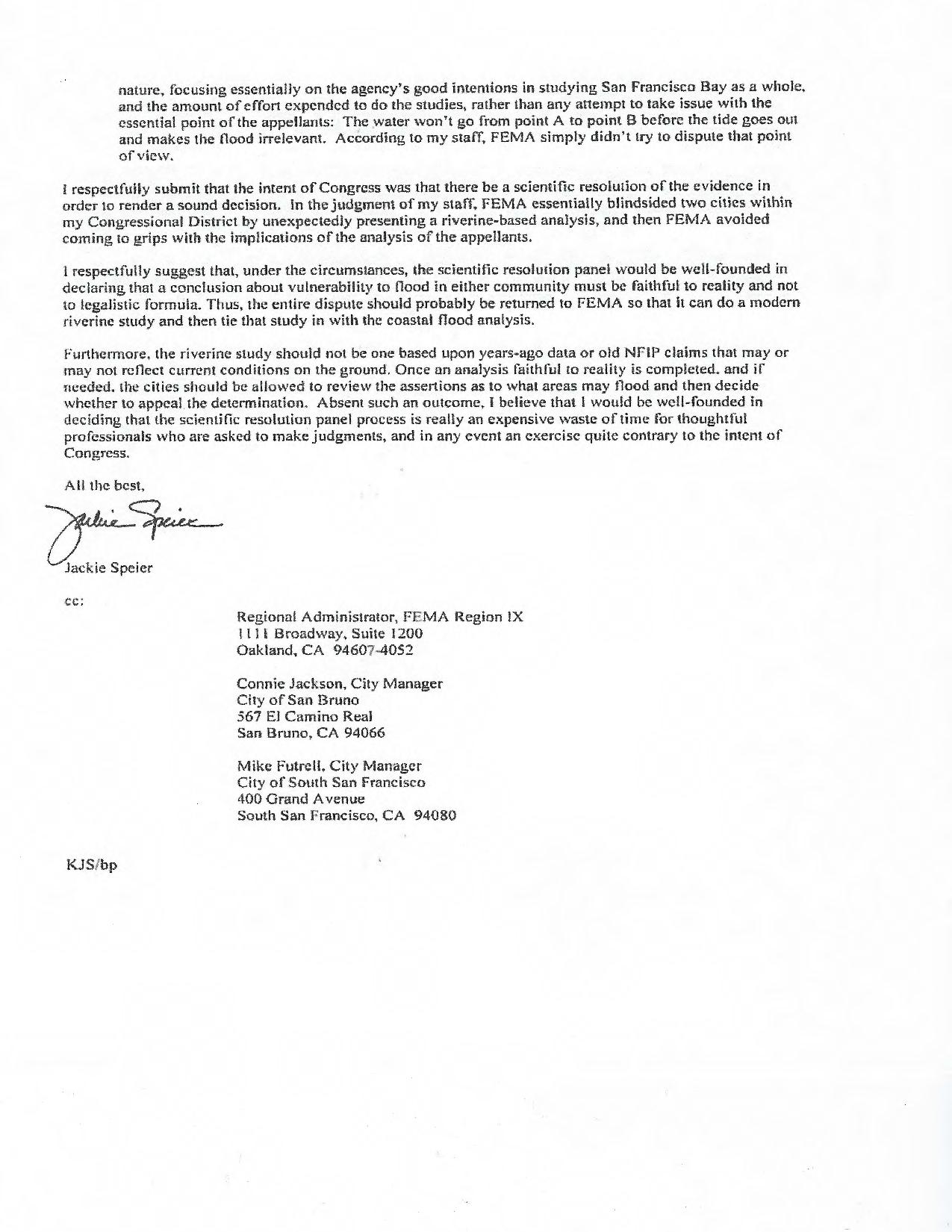 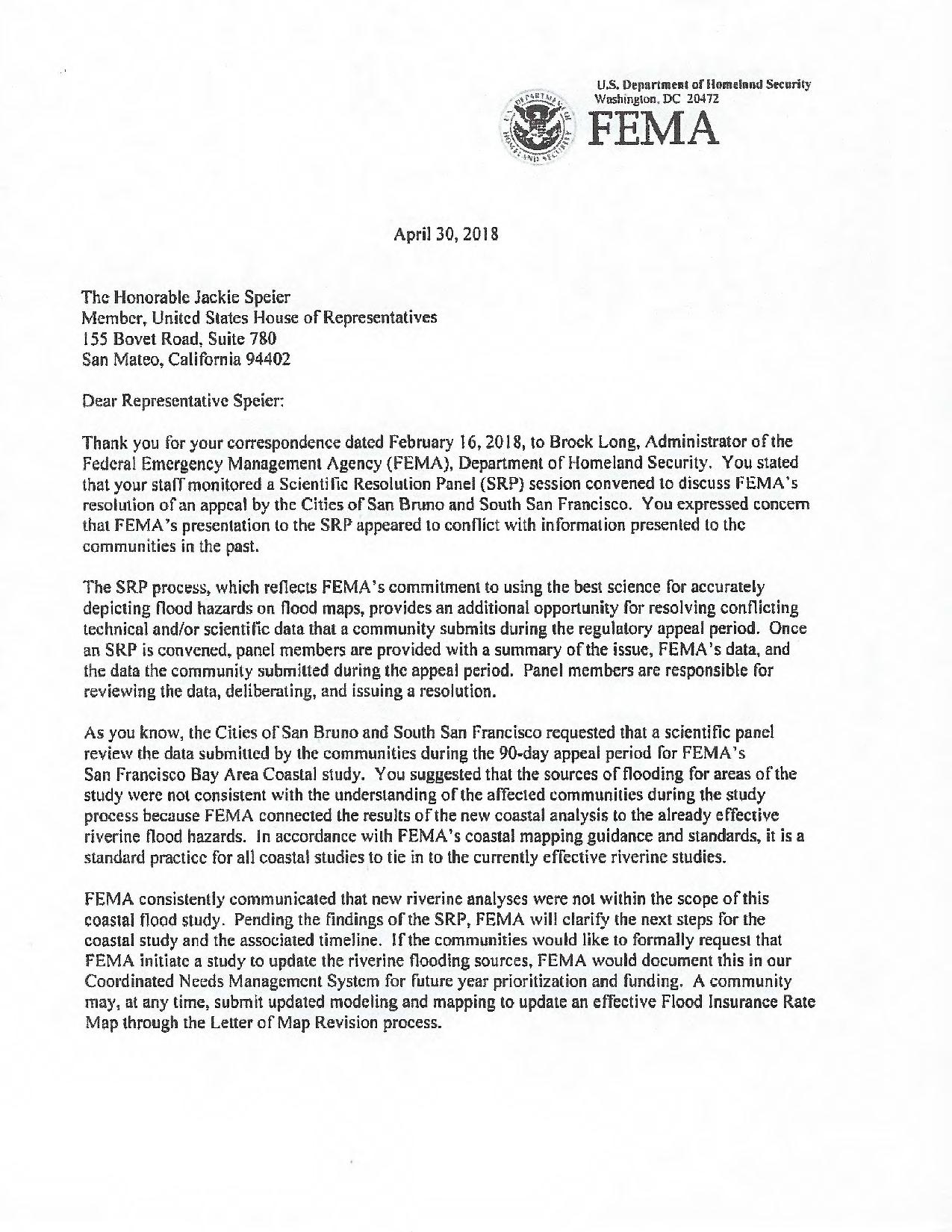 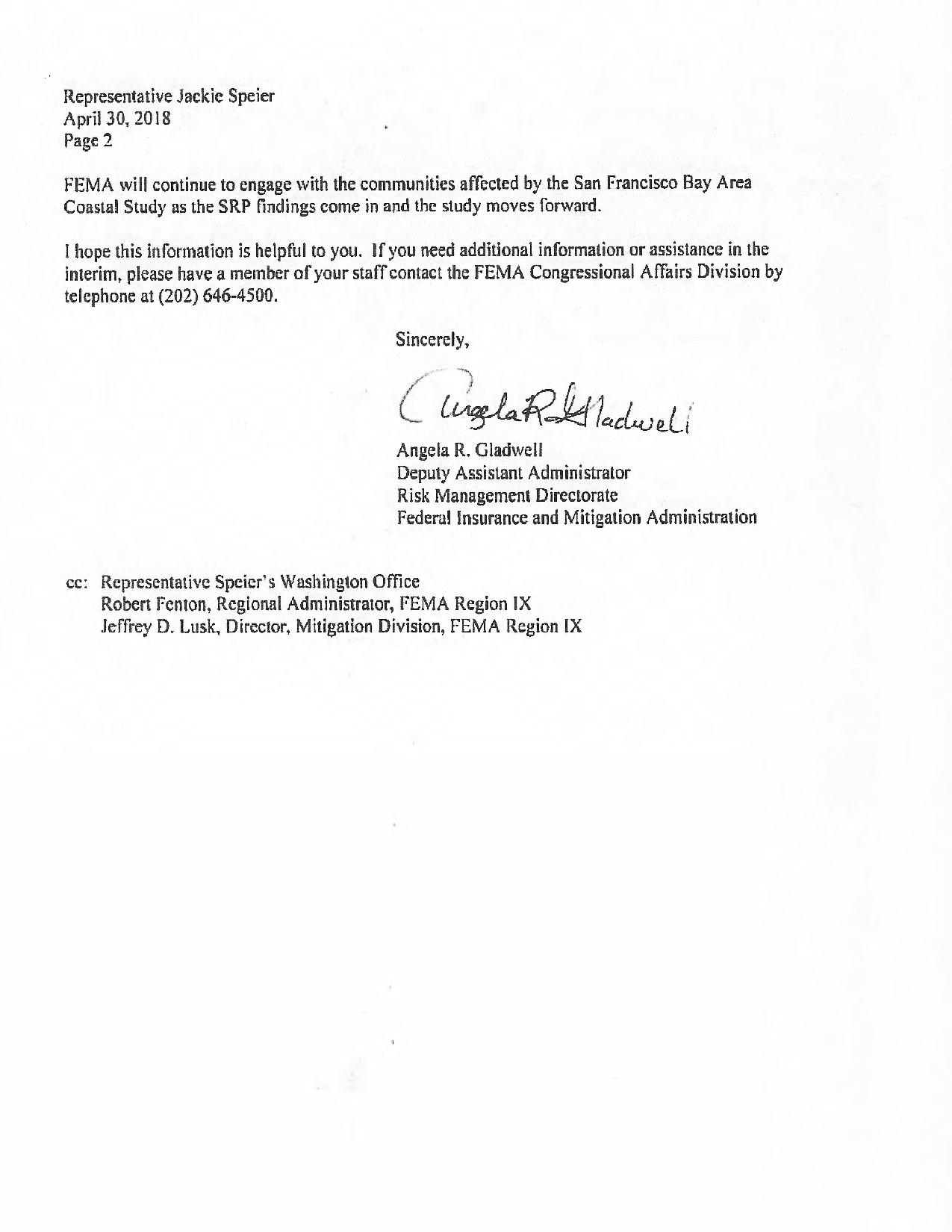 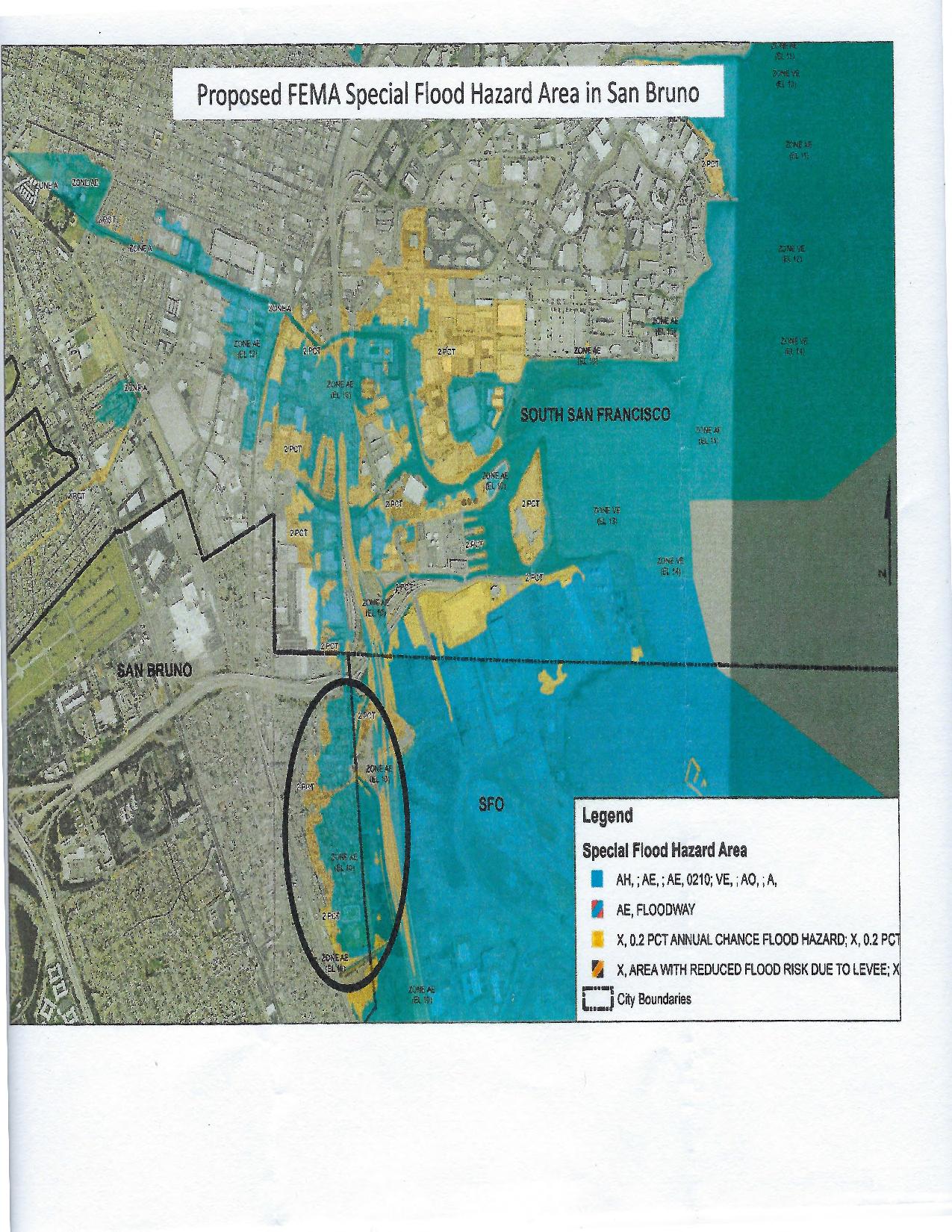