PRFACE: Mel wrote this article after attending the August 2019 tour of both Pillar Point Harbor and Oyster Point Harbor, at the public invitation of the San Mateo County Harbor District. We had chosen to hold this story until we learned more about the legalities in order to provide a fuller picture of what may be coming to our City (special districts, lawsuits, etc).

There will be a SMCHD Board Meeting, open to the public on October 16th at the South San Francisco Oyster Point Yacht Club at 6:30pm. The agenda can be found CLICK HERE. 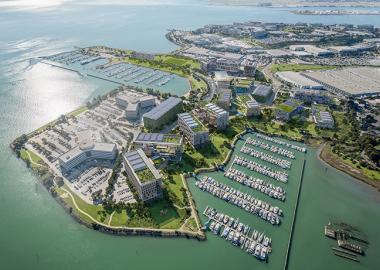 As luck would have it, on Friday, August 23, the San Mateo County Harbor District held a “Special Meeting Site Visit” of both the Pillar Point Harbor and the Oyster Point Marina, and ESC sent this intrepid reporter to try and glean some information and  maybe even an answer to the mayor’s question. In attendance were Harbor District officials including Board President Sabrina Brennan and Vice President Ed Larenas, Interim GM John Moren, and Director of Administrative Services Julie van Hoff. Also attending the Oyster Point Marina portion of the meeting was SSF City Manager Mike Futrell’s assistant Christina Fernandez and a representative from Teichert, the company in charge of grading the land for the new construction. 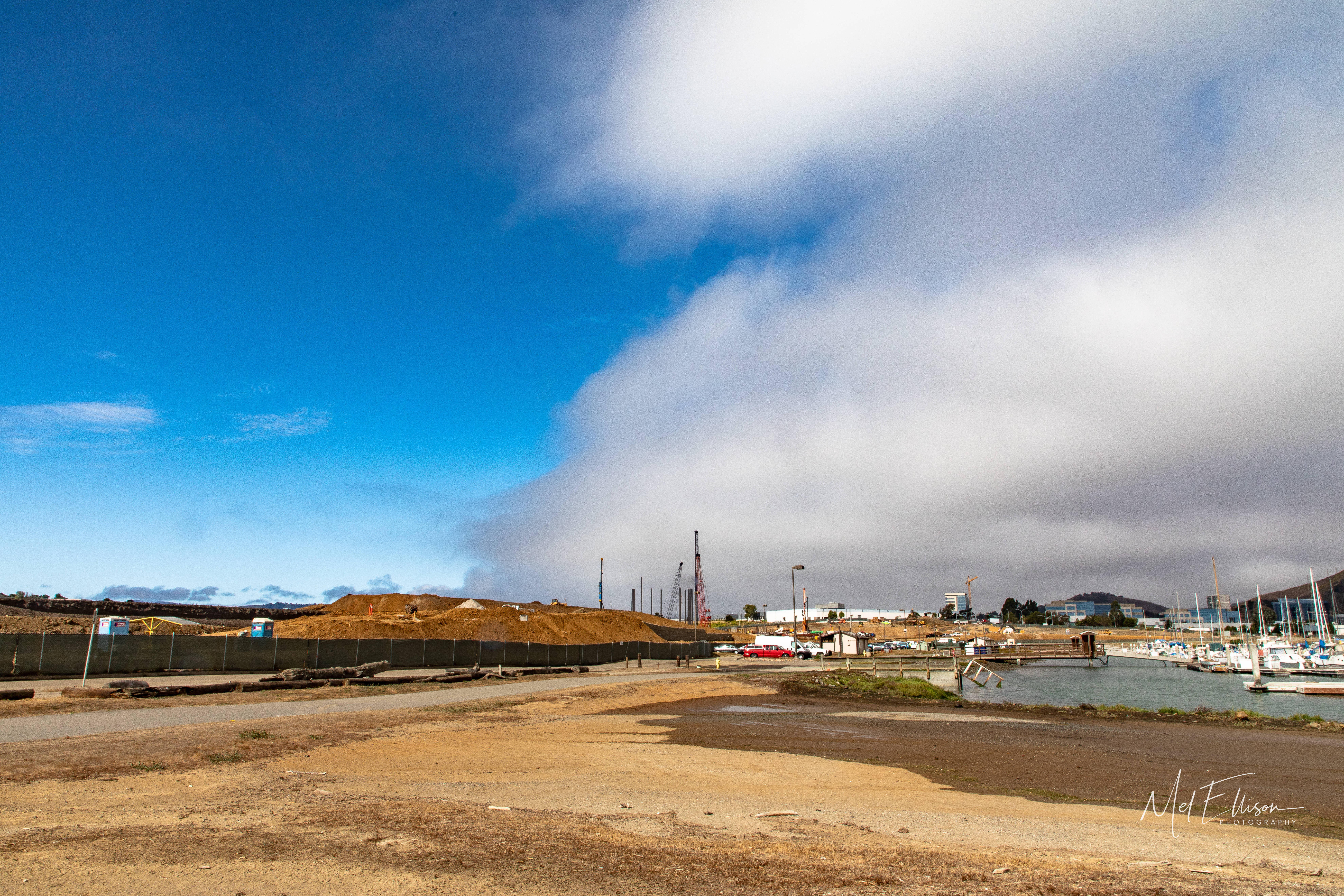 We started the day at Pillar Point Marina where we were treated to a run down of the Harbor Patrol’s duties and responsibilities and an extensive nuts and bolts tour of the Fisheries facility. There was also discussion about the breakwater and the unintended consequences it has caused, most notably the displacement of sand from Surfers Beach to the inside of the breakwater, followed by a detailed explanation of planned solutions. 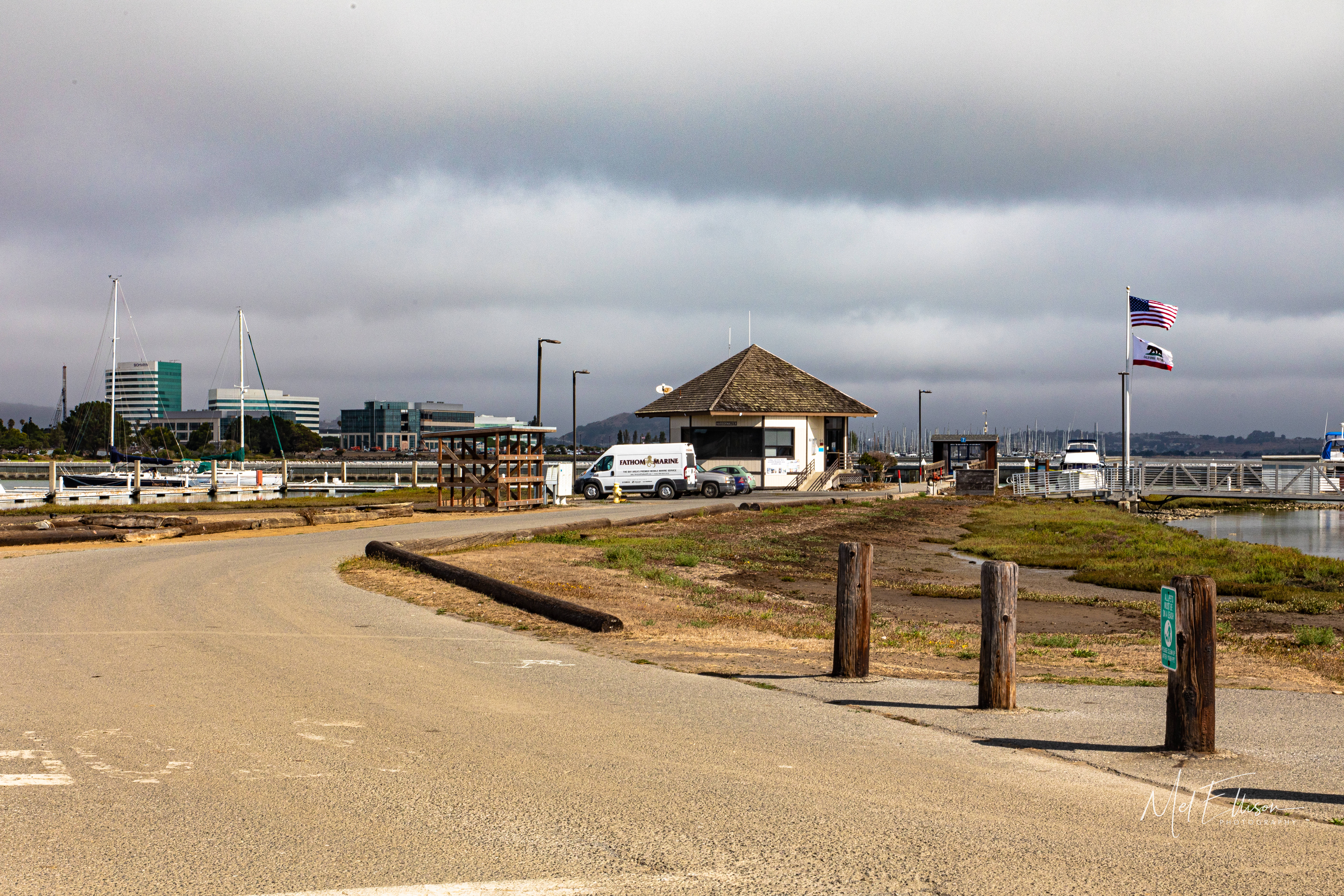 After a break for lunch we reconvened at the Harbormaster’s office at Oyster Point Marina. Here we learned that the spit of land upon which the Harbormaster’s office is located, regularly floods at high tide and is experiencing what was referred to as “subsidence” which is a fancy word for erosion. Also, the West Basin shoreline and the surrounding areas are also subject to flooding at higher tides. We toured the guest dock and learned that the Marina’s fuel dock is no longer operational and that the fuel tanks, located quite some distance away from the fuel pumps, will be removed with no plan to replace them. 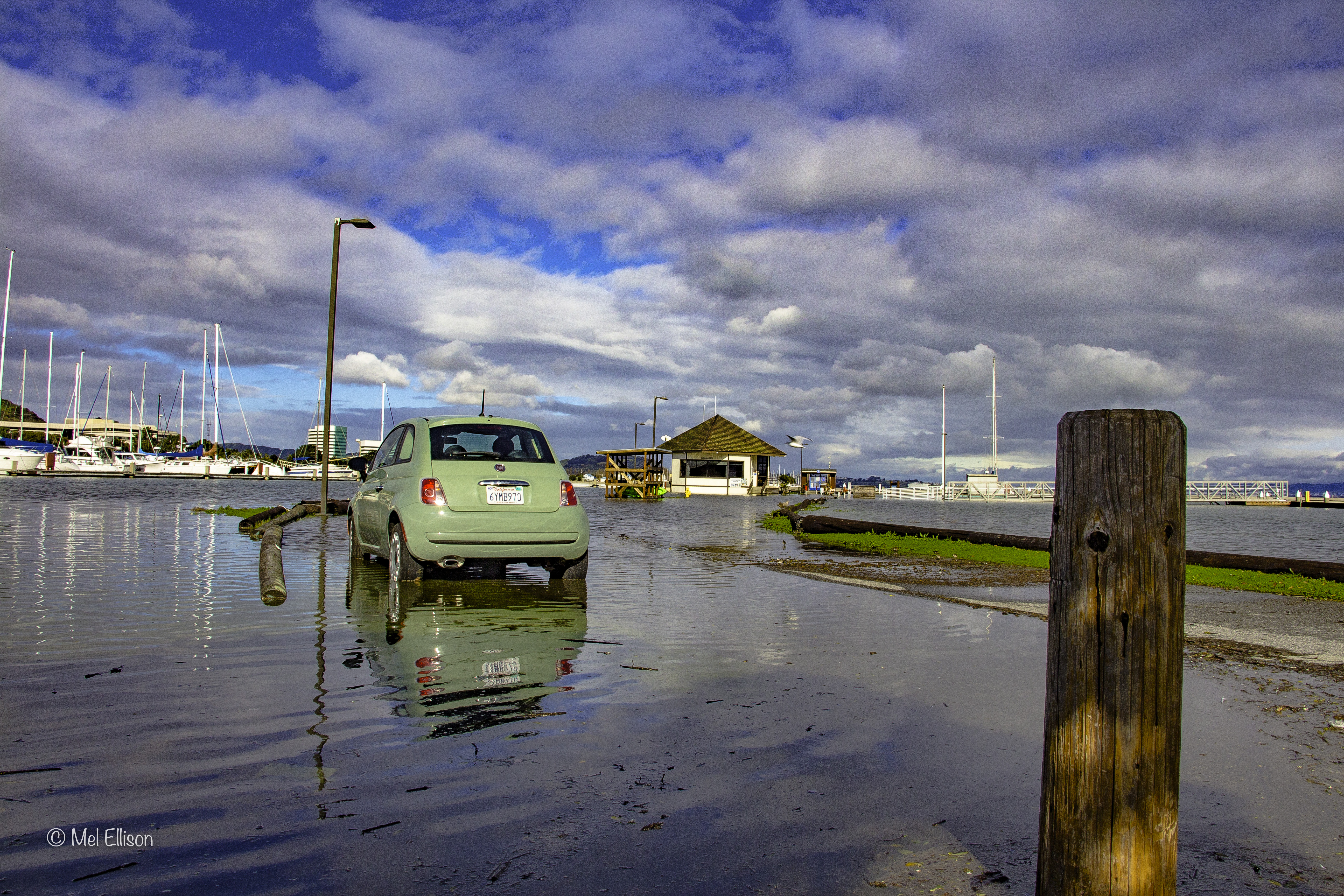 We also learned that the area under construction adjacent to the Marina is now in  the process of being graded and raised by some 20’ to 40’. Soon, we were told by the Teichart spokesman, the area between the Marina shoreline and the development will  be raised as well, including new road alignments and Bay trail improvements. When asked about access to the Marina from this heightened land, the Teichart spokesman stated that new stairs and a wheel chair ramp will be installed down to the dock entrance. When Harbormaster Joe Merlo pointed out that, without also raising the dock entrances themselves, they will still continue to flood during high tides, no one seemed to have an answer. 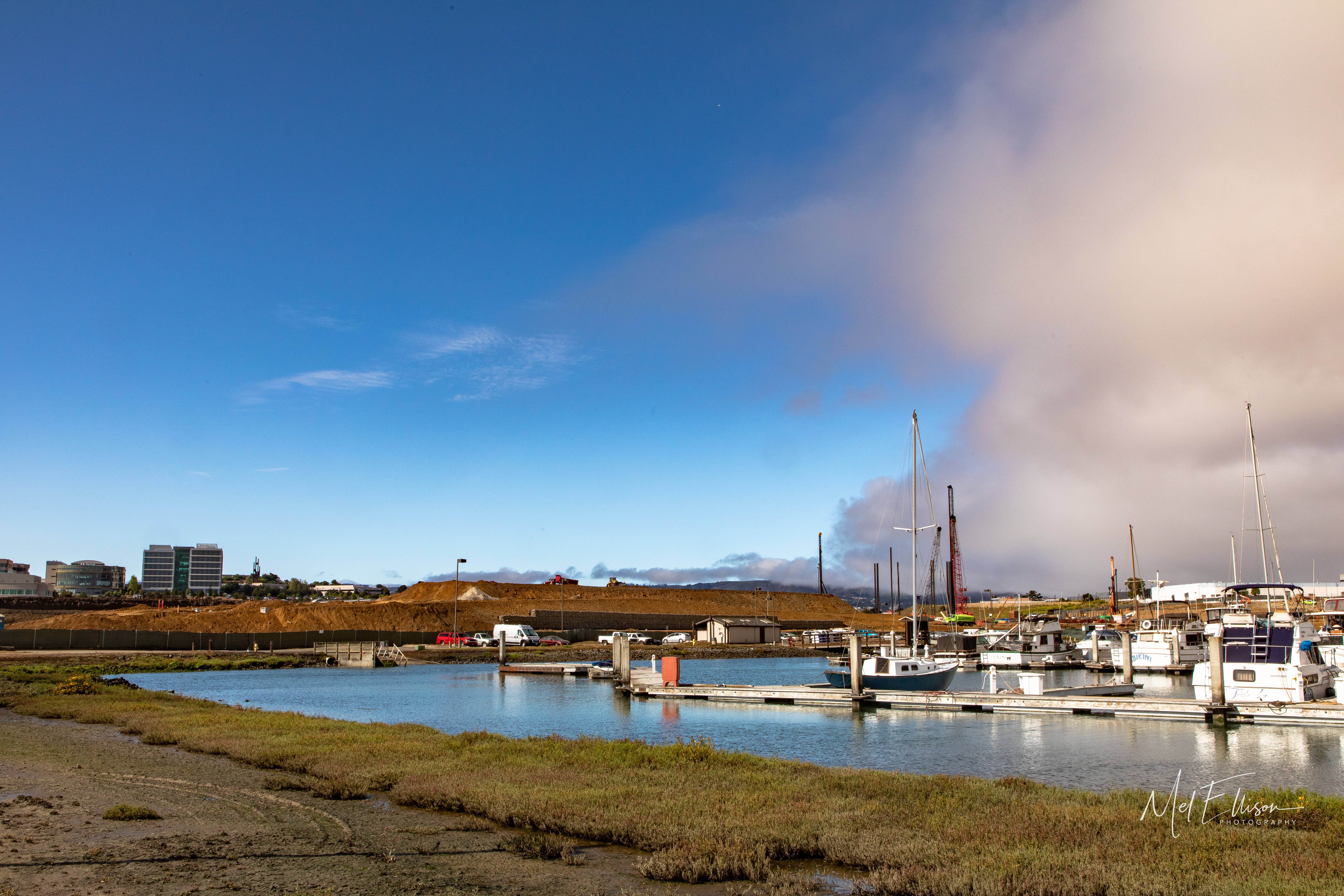 But the big surprise, at least to this reporter, was still to come. As mentioned above, there is a massive new development underway on land immediately adjacent to and just across the Bay Trail from the West Basin of the OPM dubbed “Kilroy Oyster Point”. How massive? It’s the single biggest biotech construction project in the Bay Area and is part   of 5 million square feet under construction or recently completed  in  South  San Francisco alone. 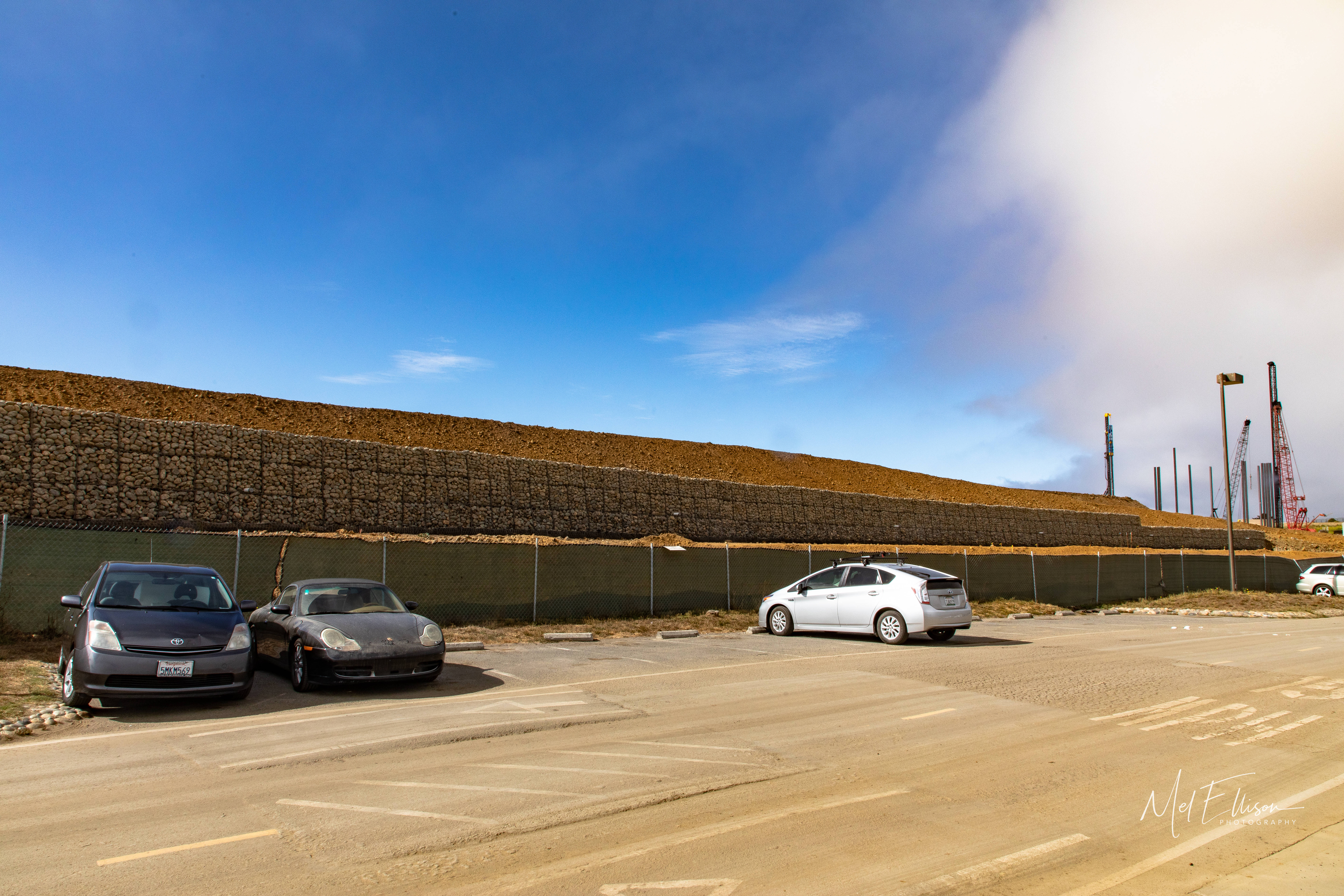 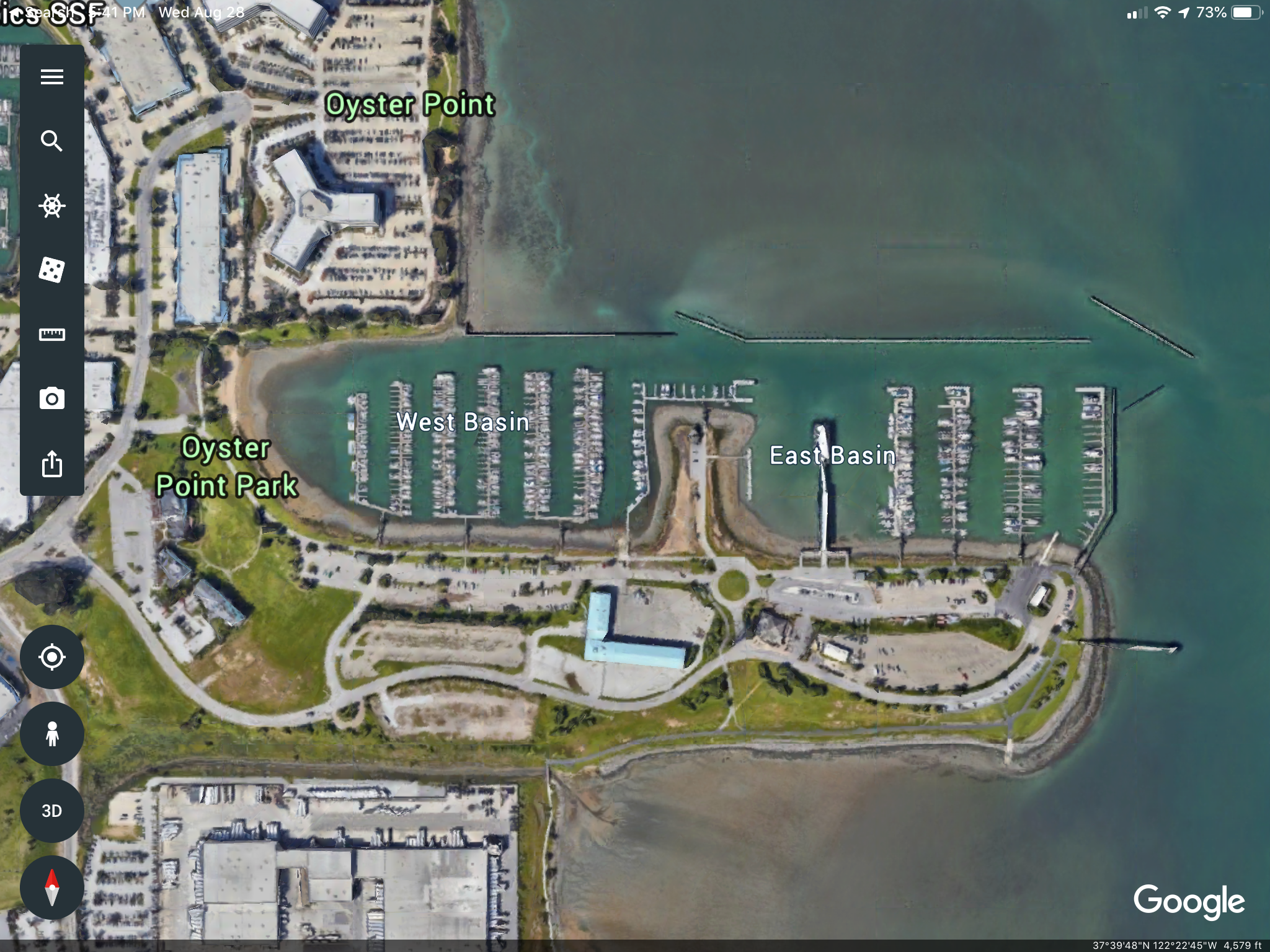 As the tour was wrapping up, I had a chance to ask SMHD president Sabrina  Brennan about Mayor Matsumoto’s letter to the Board concerning the drastic cut to the OPM budget. She said that an official response from the SMHD to the Mayor’s question will be forthcoming and involve spreadsheets, lawyers, etc. Informally though, she said she doesn’t feel its fair that the costs of maintenance and improvements to the West Basin should be borne by the taxpayers of San Mateo County, and that its location immediately adjacent to the Kilroy Oyster Point development makes it their responsibility as well as the City of SSF. 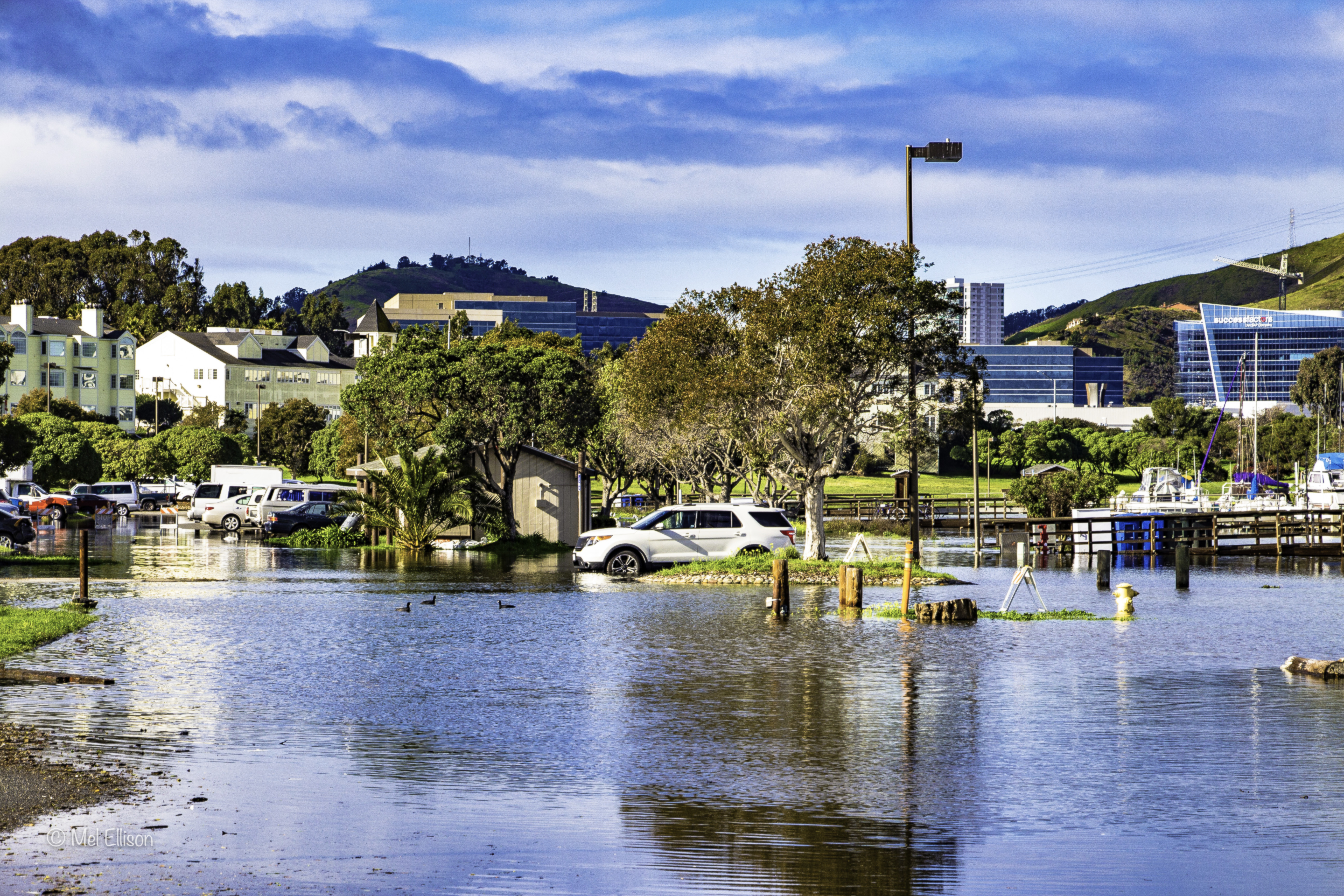 It seems almost inevitable that this issue of responsibility will likely be decided in court.

Oh my goodness! How can they not include fixing the things getting flooded at high tide?