If You Are Considering Doing Any Home Financing Now Is The  Time To Do It- Fed to accelerate tapering of asset purchases, expects three rate hikes next year

With inflation at its highest level in decades, the Federal Reserve has officially announced that it will accelerate the tapering of its monthly bond buys, with the economic stimulus program now set to be phased out by March.

That’s much earlier than the Fed had originally planned, but with inflation easily surpassing the central bank’s target and a sustained surge in prices ongoing, many saw such a move as a matter of when, not if. Jerome Powell, chairman of the Federal Reserve, indicated late last month that a reduction in the pace of its bond purchases was on the table and would be discussed at the Federal Open Market Committee’s (FOMC) December meeting.

Sure enough, the Fed will now increase its holdings of Treasury securities by at least $40 billion per month and of agency mortgage-backed securities (MBS) by at least $20 billion per month starting in January. That’s down from the originally planned scheduled buys of $50 billion and $25 billion, respectively, slated for January, and $30 billion total less than the Fed bought in December. Moving forward, the Fed will reduce the monthly pace of purchases by $20 billion for Treasury securities and $10 billion for MBS — up from the originally announced $15 billion and $5 billion, respectively.

Powell also said that the economy has progressed enough to warrant sunsetting stimulus programs established to combat the slowdown brought about by COVID-19. In addition to the aggressive phase-out of the bond-buying program, projections from the FOMC meeting signal that as many as three interest rate hikes could be in the cards for 2022, followed by another two in 2023 and still two more the following year.

While the speed-up in tapering was expected, the projection of three rate hikes was somewhat of a curveball, noted Michael Fratantoni, senior vice president and chief economist for the Mortgage Bankers Association.

“Inflation is running well above target, and the job market is booming,”Fratantoni said. “That is why it was no surprise that the Federal Reserve moved to accelerate their taper of Treasury and MBS purchases, and signaled that the first rate hike will be coming sooner rather than later. Moreover, the median FOMC member now expects three rate hikes in 2022.

“The Fed’s outlook for economic growth in 2022 has improved, while their forecast for inflation has worsened. While market participants likely anticipated this change to their asset purchases, the more hawkish view with respect to rate hikes may well have surprised the market.”

With the Fed shying away from a more hands-on approach to the market, Fratantoni added that mortgage rates may be more volatile moving forward. The MBA is forecasting that mortgage rates will rise to 4% by the end of 2022, which, as before, is anticipated to result in a drop in refinances, though the group “expect[s] that the strong economy will support an increase in home sales in 2022.” 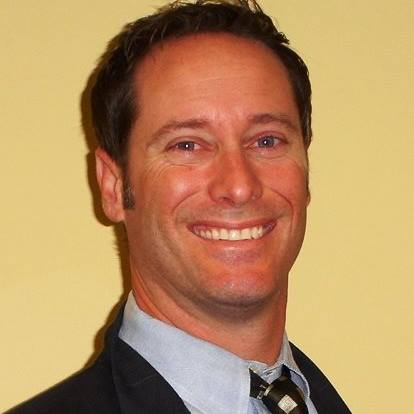 Bill Wolfe was born and raised in the Avalon Park neighborhood of South San Francisco and was graduated from SSFHS class of 1984 and continued  his education at SFSU pursuing his career in finance. Today he is a top producing Licensed Mortgage Planner having excelled in the industry for over 20-years. Bill and his wife Tanya are parents to two sons and enjoy family excursions including mountain biking, boating, skiing and most outdoor activities.