Arriving officers had large fireworks thrown/shot at their vehicles and high-powered lasers were directed at their eyes. Additional assistance was requested from surrounding law enforcement agencies and the area was cleared in approximately 30 minutes.

A 27 year old male from El Sobrante was contacted on the 100 block of Gateway Boulevard as the sideshow was breaking up. He was found to be in possession of a loaded and unregistered Glock 19 handgun. A records check revealed the male was a convicted felon and prohibited from possessing a firearm. The male was arrested for several firearm related charges and transported to the San Mateo County jail. 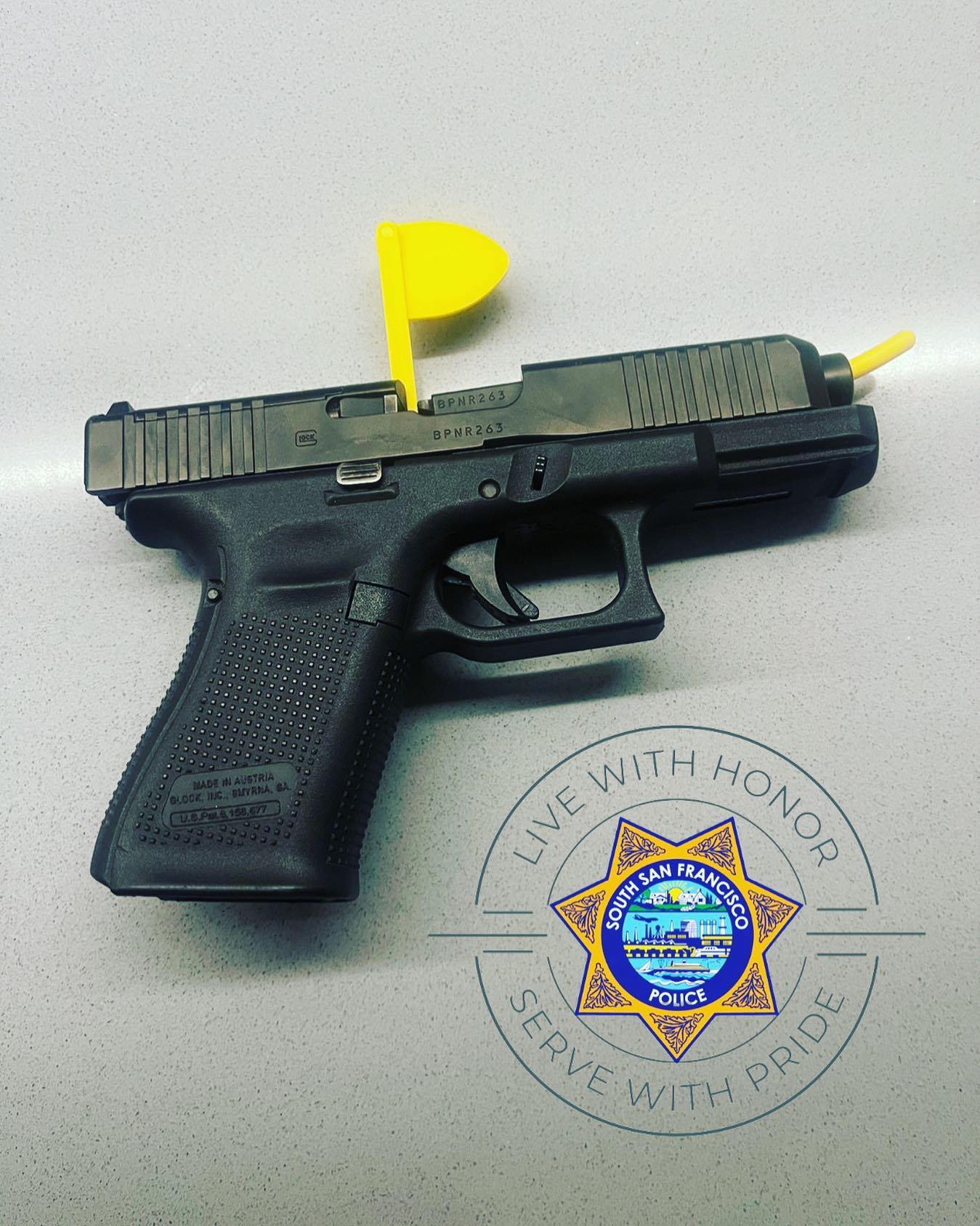 Chief Scott Campbell commended everyone involved in “dispersing a large and highly volatile side show gathering” and added he was pleased “another illegal firearm was safely removed from a dangerous individual.”
Great work by our night crew!

[…] and thank you to all of our neighboring partners who responded to help! ## NOTE: This is the 2nd side show broken up by SSFPD and partnering agencies in less that a week. In addition, our Officers have continued to make […]

Remain TOUGH SSFPD! We don’t want our safe city turning into another Oakland, San Jose or even San Francisco! More importantly, D.A. CONVICT FELONS so the hard work out police officers do is NOT in vain!